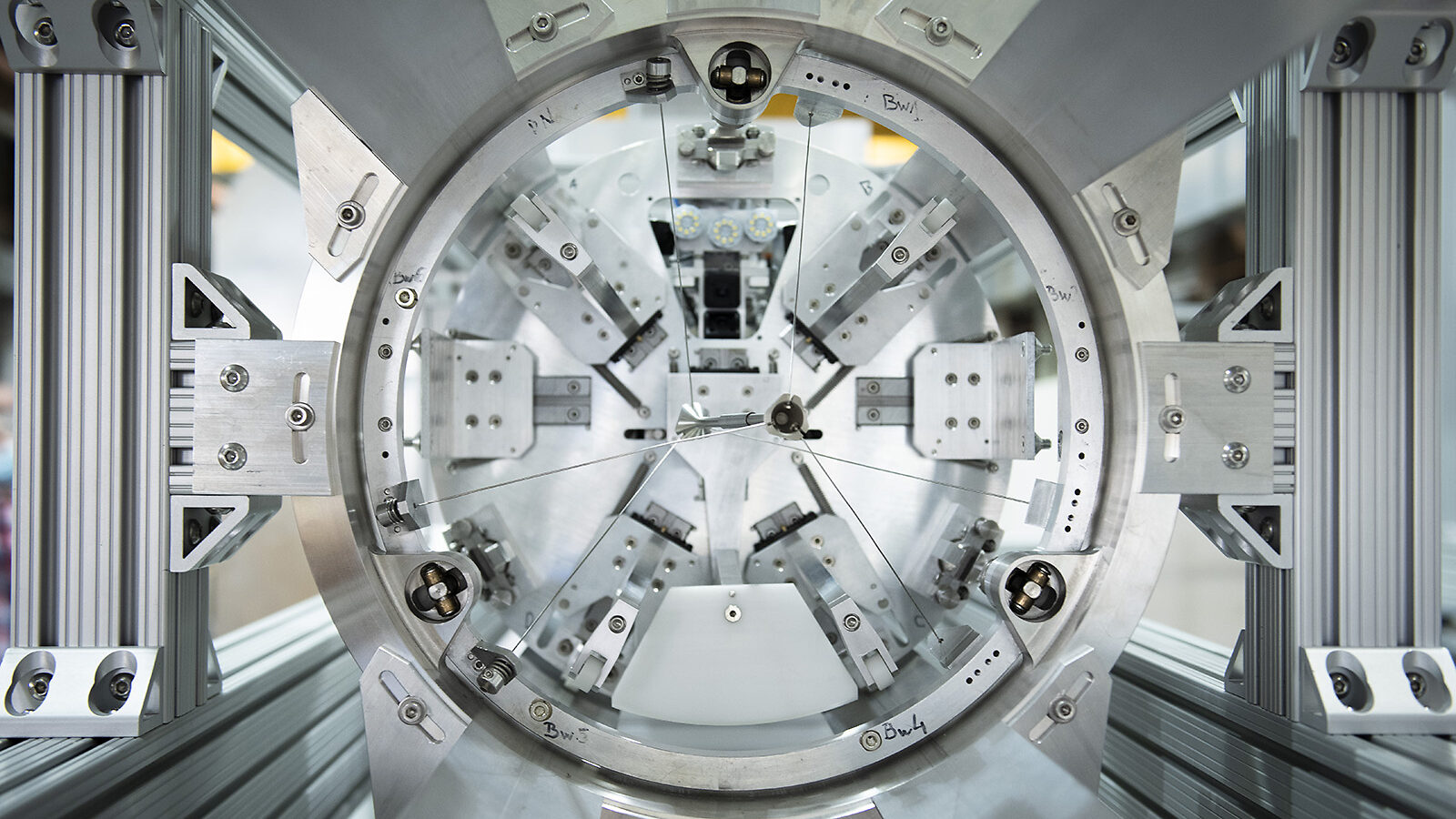 By Daniel Garisto and Catherine Steffel

Every particle beam target reaches the end of its life.

And while humans perform much of the work in Fermilab’s Mu2e experiment, a few tasks, such as target removal, disposal and replacement, are automated and left to machines.

Muons, subatomic particles closely related to electrons, frequently change into electrons by emitting two neutrinos. The discovery of a muon changing directly into an electron without the emission of neutrinos is something big. So big that scientists would have to amend the current book on particle physics to explain the phenomenon.

It’s exactly this game-changing behavior—the neutrinoless transformation of a muon into an electron—that Mu2e scientists are looking for.

“This is a needle-in-the-haystack search to look for a rare process that would tell us about violations of the Standard Model of physics,” says Rick Coleman, Fermilab physicist working on Mu2e, now retired.

Mu2e, which is supported by the US Department of Energy Office of Science, will be about 10,000 times more powerful than previous experiments looking for the muon’s direct conversion into an electron. For this it needs to make a lot of muons. In fact, the number of muons researchers need to see (nearly 1 billion billion, for anyone curious) is about the same as the number of grains of sand on Earth’s beaches. 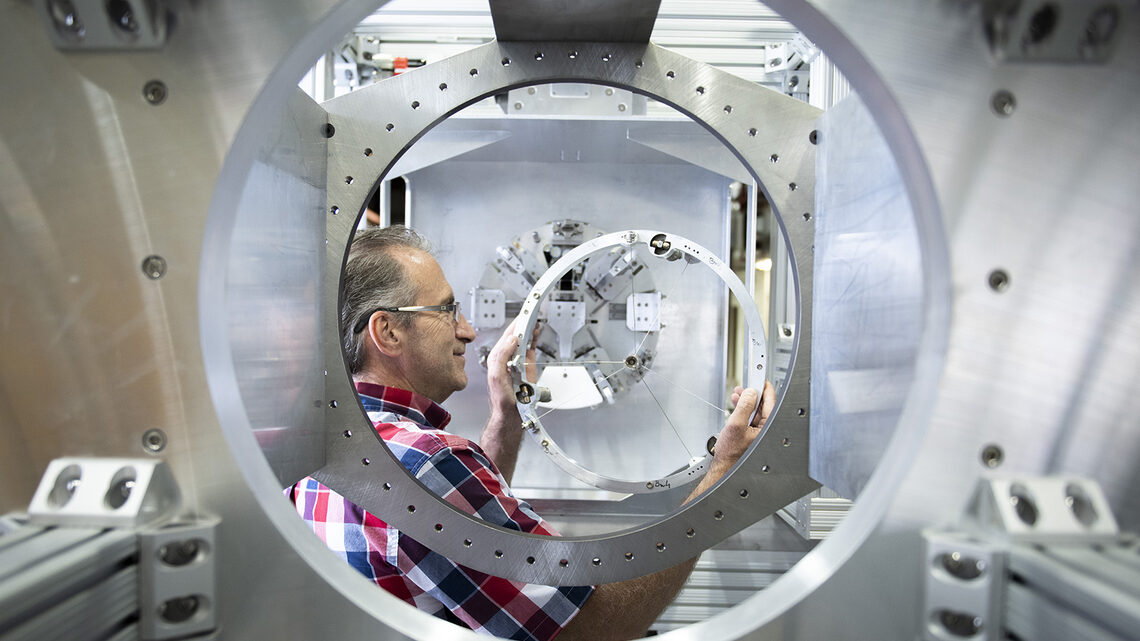 Mu2e’s tungsten production target is carefully designed—as it must be. Firing protons at the target to create particles that eventually decay into Mu2e’s muons also heats it to about 1,200 degrees Celsius (2,192 degrees Fahrenheit), causing the target to glow like a hot coal from a roaring fire.

As with all physics experiment targets of this nature, the Mu2e target will also become hot from particles born as the protons strike the target, a result of radioactivity. Radioactivity happens when an unstable nucleus spontaneously disintegrates, emitting heat and other particles.

While Mu2e places a nearly 30-foot-thick shield of bronze, concrete and earth between the experiment, researchers and the outside world, researchers aren’t taking any chances.

Wear and tear caused by constant pounding from the proton beam—several hundred thousand times per second—fatigues the target, requiring annual replacement of the target and its housing. To perform this work, researchers turn to workers who are not affected by what lies inside the sealed target chamber.

A robot more like a talented Roomba than C3PO performs an intricate and precise dance to maintain peak target performance.

The dance begins as a clunky-looking robotic hand deftly unscrews 48 bolts to open a window to the target, as it sits, exhausted, suspended in a cylindrical bicycle ring by spaghetti-like spokes and awaiting eternal rest.

A second robot glides in, extends and tightly grasps the bicycle ring chamber and target. Then it glides out, dropping its guarded contents into a steel box with walls eight inches thick, where it will be encased for perpetuity.

Switching back to its original tools, the robot mounts a new target and bicycle ring. At last, the robot resets the window and bolts it into place, dropping any tools it used to interface with the target in the steel box before bowing out of the scene.

A week after robots enter, humans resume their own dance, probing fundamental laws of the universe.

The man behind the curtain

For engineer Mike Campbell, who designed the first prototype robot, caution and safety are paramount.

“We take every measure to make sure we’re doing science safely. If we didn’t organize it this way, you wouldn’t be able to go near the rest of the robot,” he says.

Mu2e starts up in 2023. In the meantime, Campbell and his colleagues will hone their operation, readying the robots for their own moment in the spotlight.