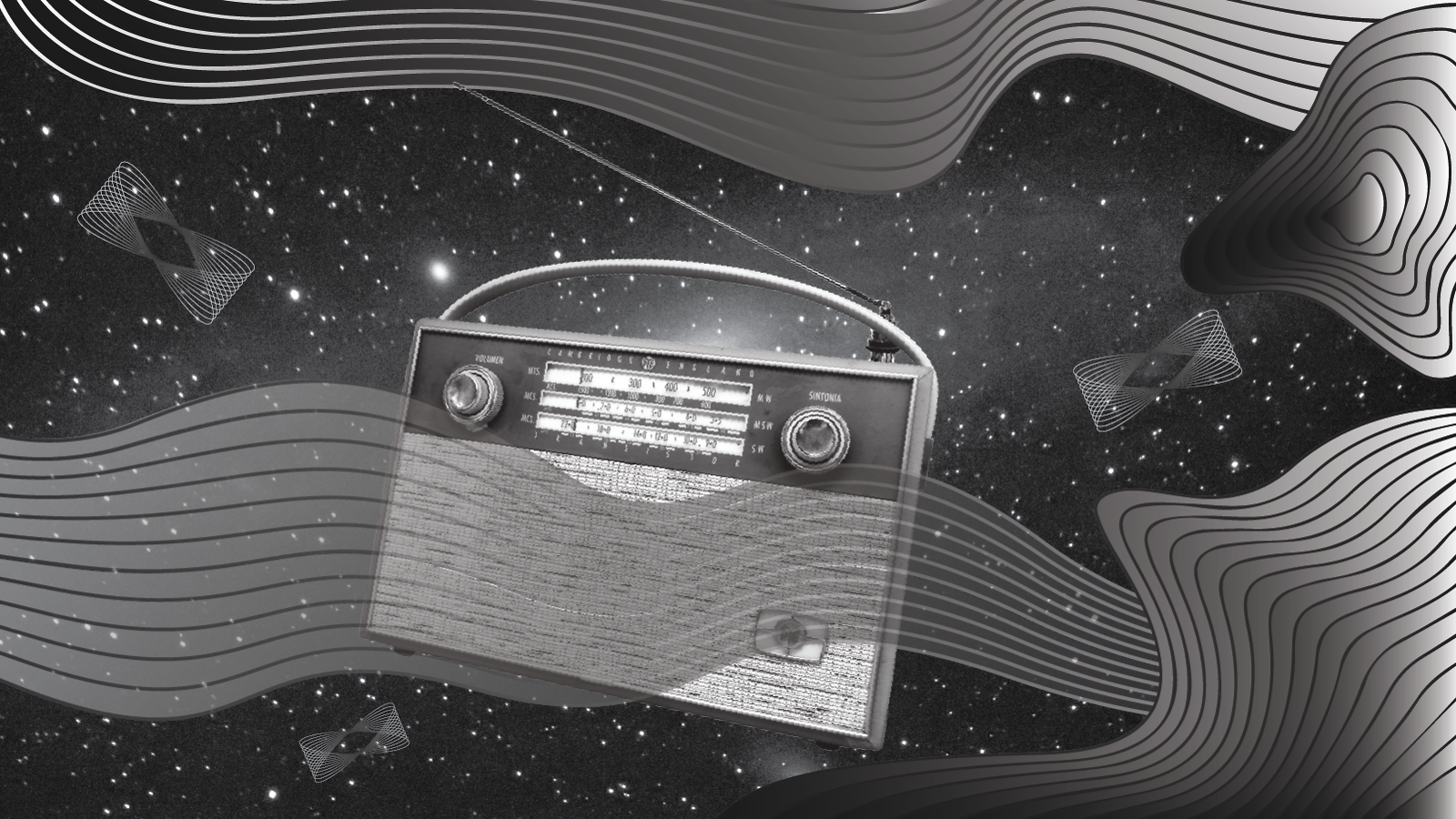 Researchers are testing a prototype “radio” that could let them listen to the tune of mysterious dark matter particles.

Dark matter is an invisible substance thought to be five times more prevalent in the universe than regular matter. According to theory, billions of dark matter particles pass through the Earth each second. We don’t notice them because they interact with regular matter only very weakly, through gravity.

“If dark matter particles were very light, we might have a better chance of detecting them as waves rather than particles,” says Peter Graham, a theoretical physicist at the Kavli Institute for Particle Astrophysics and Cosmology, a joint institute of Stanford University and the Department of Energy’s SLAC National Accelerator Laboratory. “Our device will take the search in that direction.”

The dark matter radio makes use of a bizarre concept of quantum mechanics known as wave-particle duality: Every particle can also behave like a wave.

Take, for example, the photon: the massless fundamental particle that carries the electromagnetic force. Streams of them make up electromagnetic radiation, or light, which we typically describe as waves—including radio waves.

The dark matter radio will search for dark matter waves associated with two particular dark matter candidates.  It could find hidden photons—hypothetical cousins of photons with a small mass. Or it could find axions, which scientists think can be produced out of light and transform back into it in the presence of a magnetic field.

“The search for hidden photons will be completely unexplored territory,” says Saptarshi Chaudhuri, a Stanford graduate student on the project. “As for axions, the dark matter radio will close gaps in the searches of existing experiments.”

A regular radio intercepts radio waves with an antenna and converts them into sound. What sound depends on the station. A listener chooses a station by adjusting an electric circuit, in which electricity can oscillate with a certain resonant frequency. If the circuit’s resonant frequency matches the station’s frequency, the radio is tuned in and the listener can hear the broadcast.

The idea is to do a frequency sweep by slowly moving through the different frequencies, as if tuning a radio from one end of the dial to the other.

The electric signal from dark matter waves is expected to be very weak. Therefore, Graham has partnered with a team led by another KIPAC researcher, Kent Irwin. Irwin’s group is developing highly sensitive magnetometers known as superconducting quantum interference devices, or SQUIDs, which they’ll pair with extremely low-noise amplifiers to hunt for potential signals.

In its final design, the dark matter radio will search for particles in a mass range of trillionths to millionths of an electronvolt. (One electronvolt is about a billionth of the mass of a proton.) This is somewhat problematic because this range includes kilohertz to gigahertz frequencies—frequencies used for over-the-air broadcasting.

“Shielding the radio from unwanted radiation is very important and also quite challenging,” Irwin says. “In fact, we would need a several-yards-thick layer of copper to do so. Fortunately we can achieve the same effect with a thin layer of superconducting metal.”

The researchers are now testing a small-scale prototype at Stanford that will scan a relatively narrow frequency range. They plan on eventually operating two independent, full-size instruments at Stanford and SLAC.

“This is exciting new science,” says Arran Phipps, a KIPAC postdoc on the project. “It’s great that we get to try out a new detection concept with a device that is relatively low-budget and low-risk.”

The dark matter disc jockeys are taking the first steps now and plan to conduct their dark matter searches over the next few years. Stay tuned for future results. 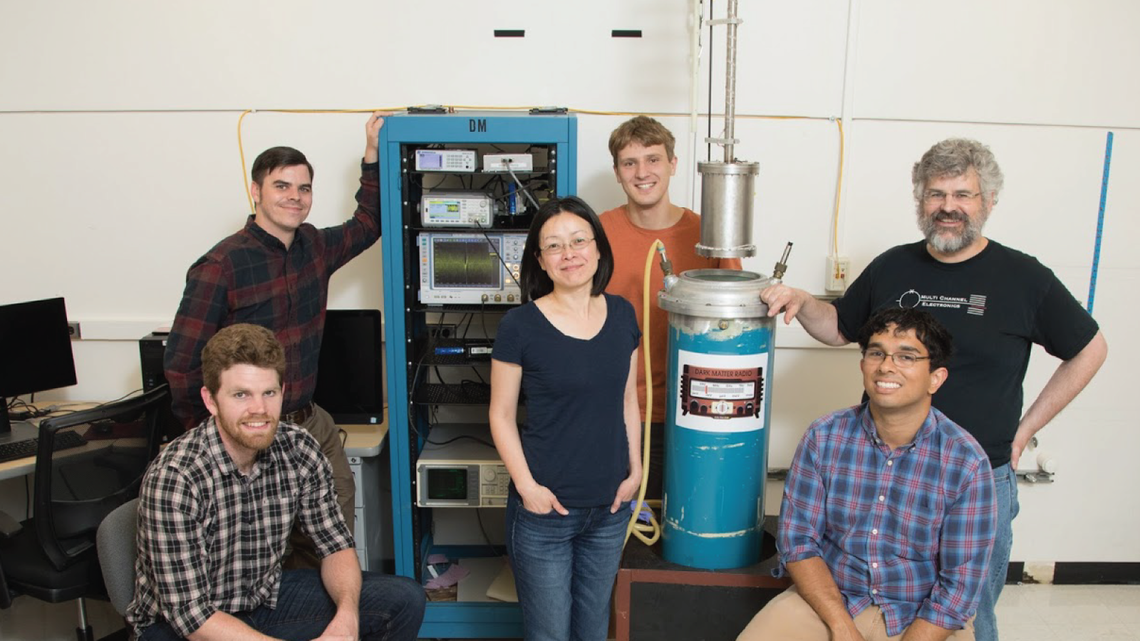 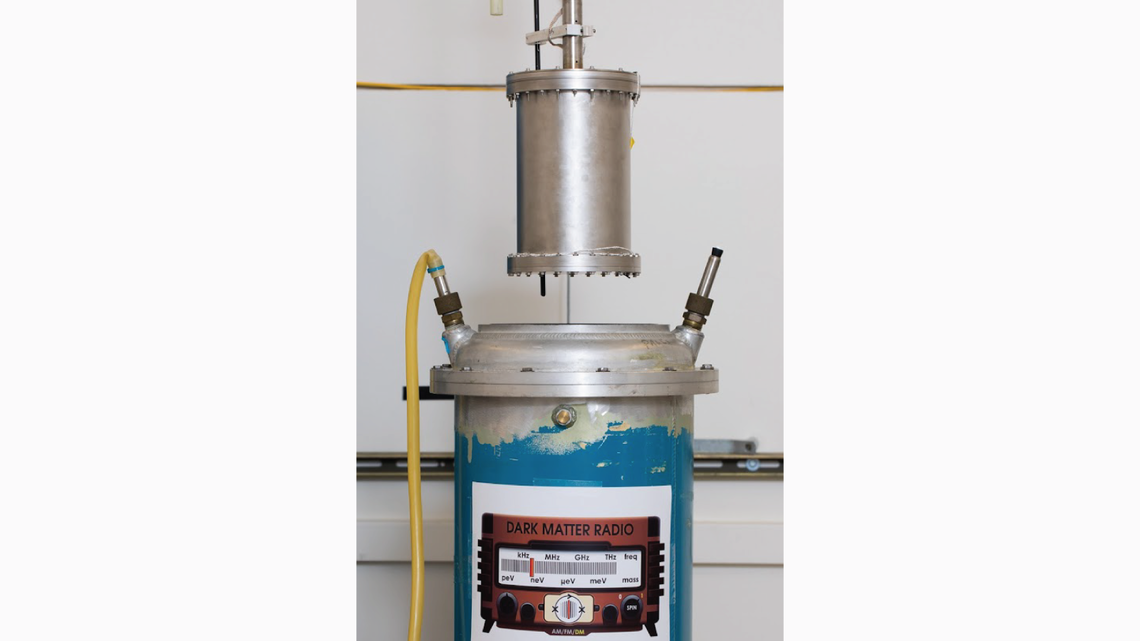 The dark matter radio is placed inside a 2-millimeter-thick superconducting niobium shield. When lowered into the blue dewar and cooled by liquid helium, the shield blocks interference from outside sources, such as radio stations, but is easily penetrated by dark matter. 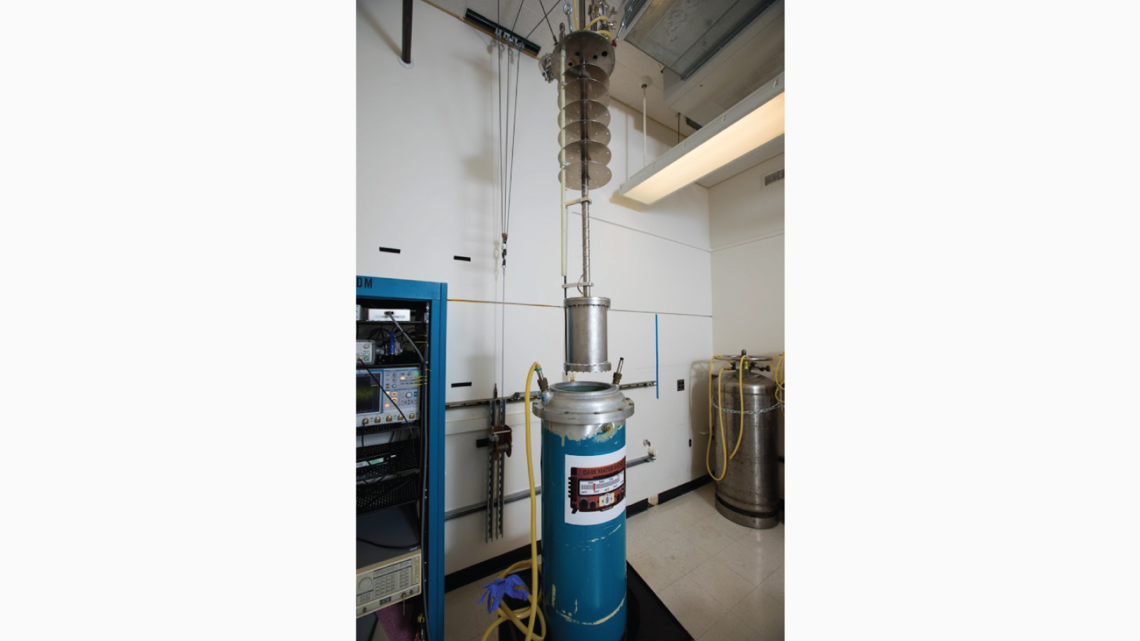 Layers of thermal barriers (top) are used to block heat from the laboratory and keep the radio cold. A cable inside the center rod brings signals from inside the shield to the outside world. 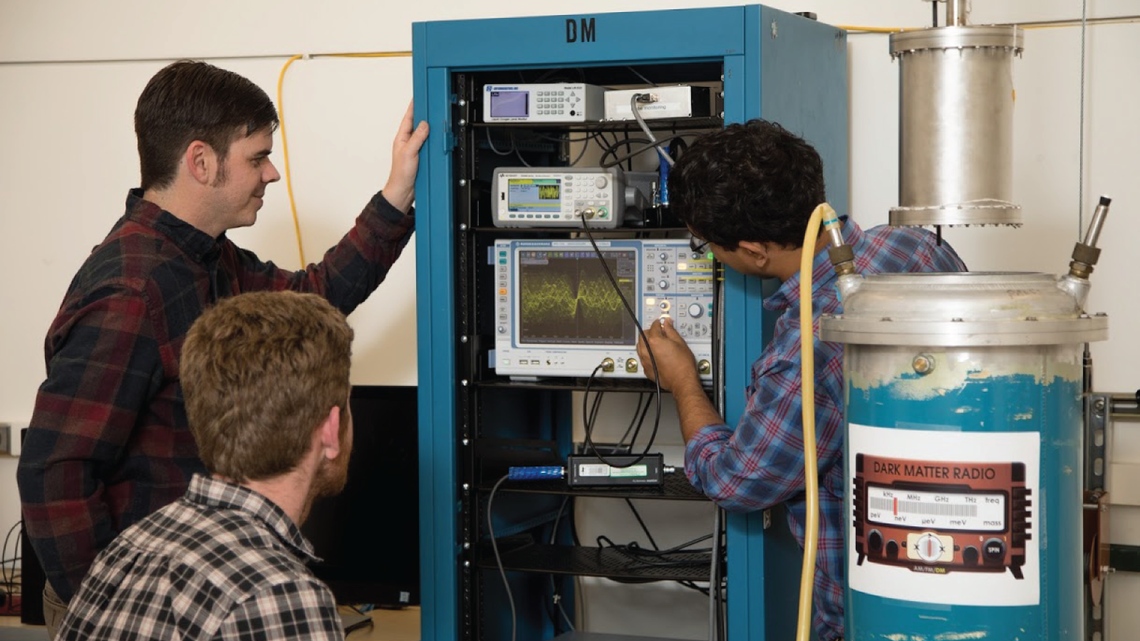 Dark matter waves should oscillate at a specific frequency corresponding to the mass of the dark matter particle. A spike in power will occur if the radio is tuned to match that frequency. 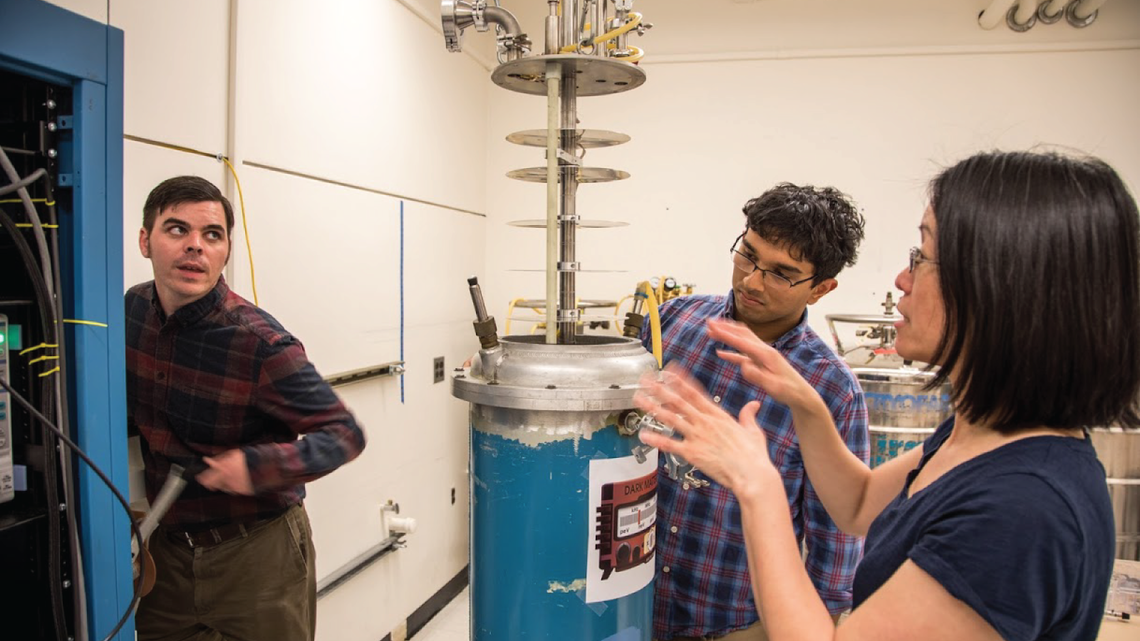 It takes about one day to cool the probe from room temperature to the operating temperature of negative 450 degrees Fahrenheit.

Dawn Harmer/SLAC
Previous Next
Follow
Use your browser’s print dialog box to create a pdf.
Popular on symmetry