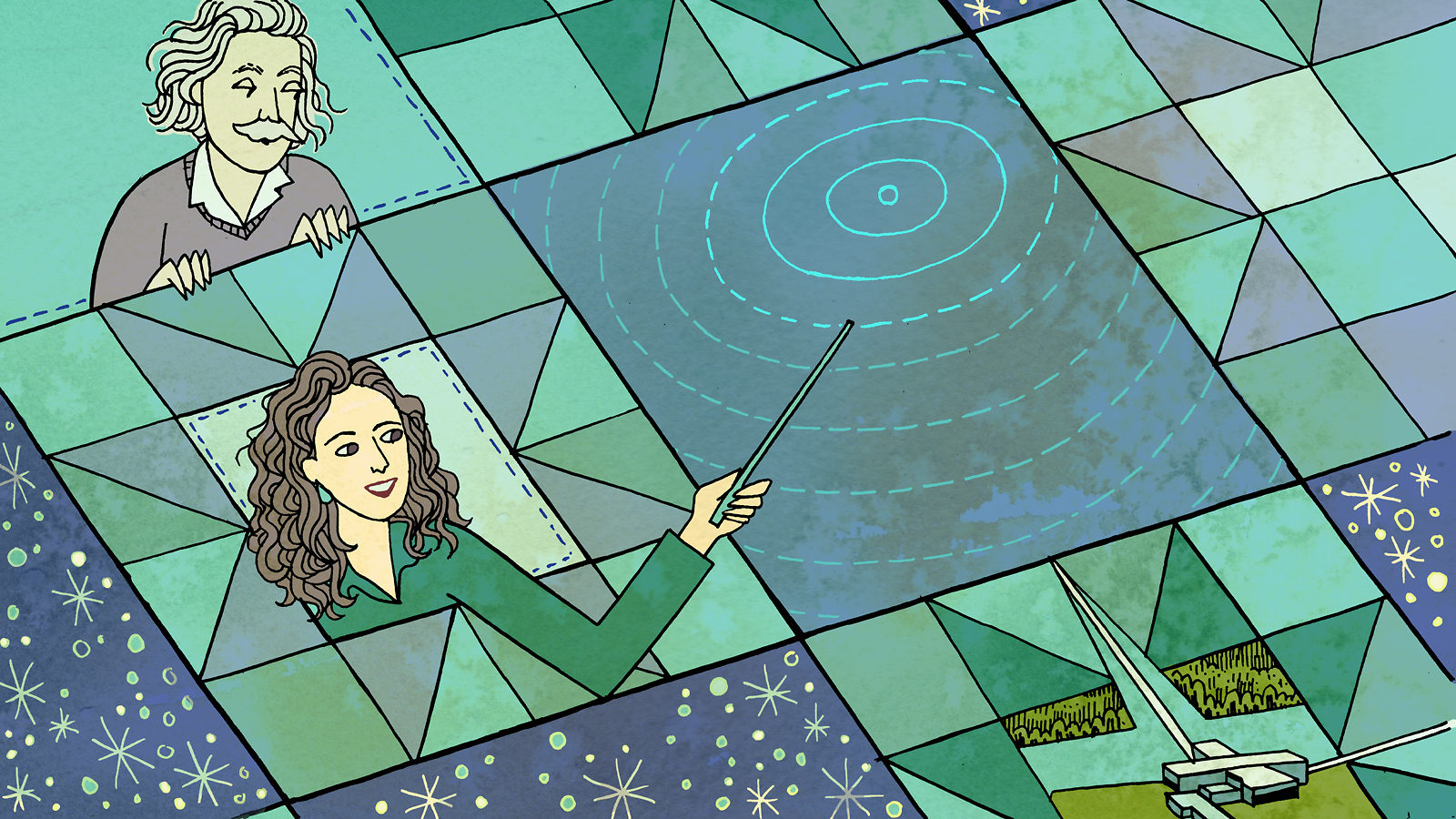 A primer on gravitational-wave detectors

Physicists are searching for gravitational waves all across the spectrum.

Gravitational waves, or ripples in the fabric of space-time, have captured the imagination of physicists since Albert Einstein first predicted them in 1916. But it wasn’t until the 1960s that Joseph Weber, an experimental physicist at the University of Maryland, built the first machine meant to find them.

About 50 years later, scientists finally did it; the Laser Interferometer Gravitational-Wave Observatory detected gravitational waves coming from the merger of two black holes.

Astronomers are using a wide variety of instruments to seek out gravitational waves at these different frequencies to detect the cosmic events that produce them. 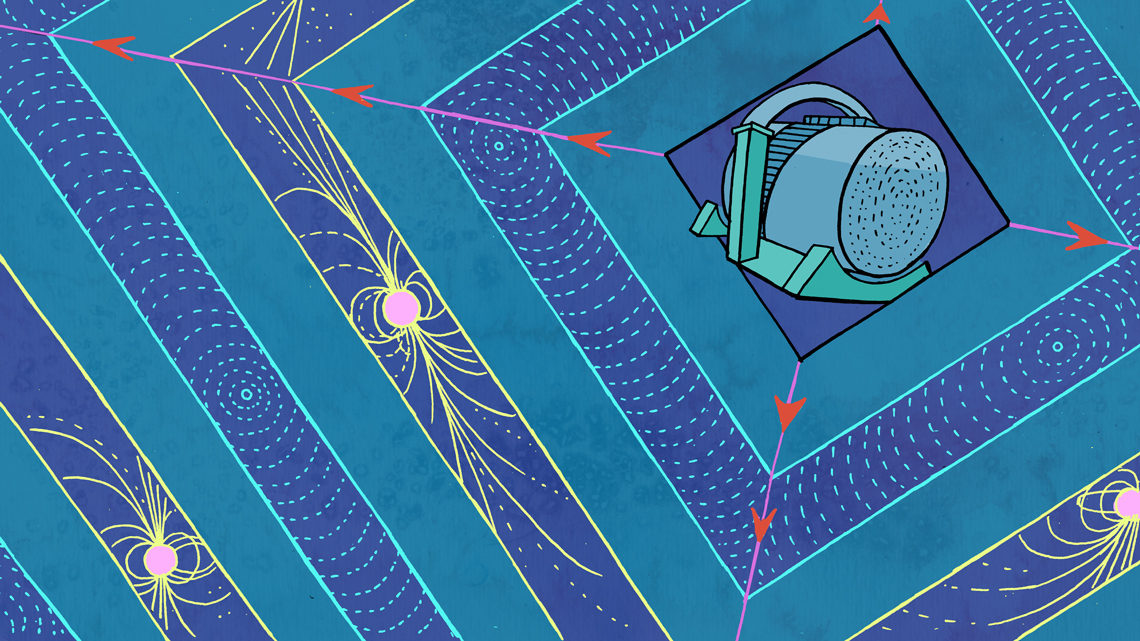 After the many generations of following Weber’s first attempts, most resonant-mass detectors are now out of commission. Physicists use them to search for gravitational waves around the 700- to 3000-hertz region, where they expect to find supernovae, merging neutron stars and possibly even mini black holes. The major limitation of these instruments is that they are sensitive to a very small frequency range.

To increase their chances, some physicists decided to switch from a bar-shaped resonant-mass detector to a spherical one that could detect gravitational waves in all directions and with any polarization, not just some.

One of the most recently built spherical detectors is the Mario Schenberg gravitational-wave detector, which is now at the National Institute for Space Research (INPE) in Brazil. The sphere is around 65 centimeters in diameter and weighs around 1150 kilograms.

This project is still active, though its members are now part of the LIGO collaboration and devote most of their time there.

“We keep going, slowly, but our objective is to make these detectors run perhaps five or 10 years from now,” says Odylio Denys Aguiar, a physicist at INPE and the leader of the project. 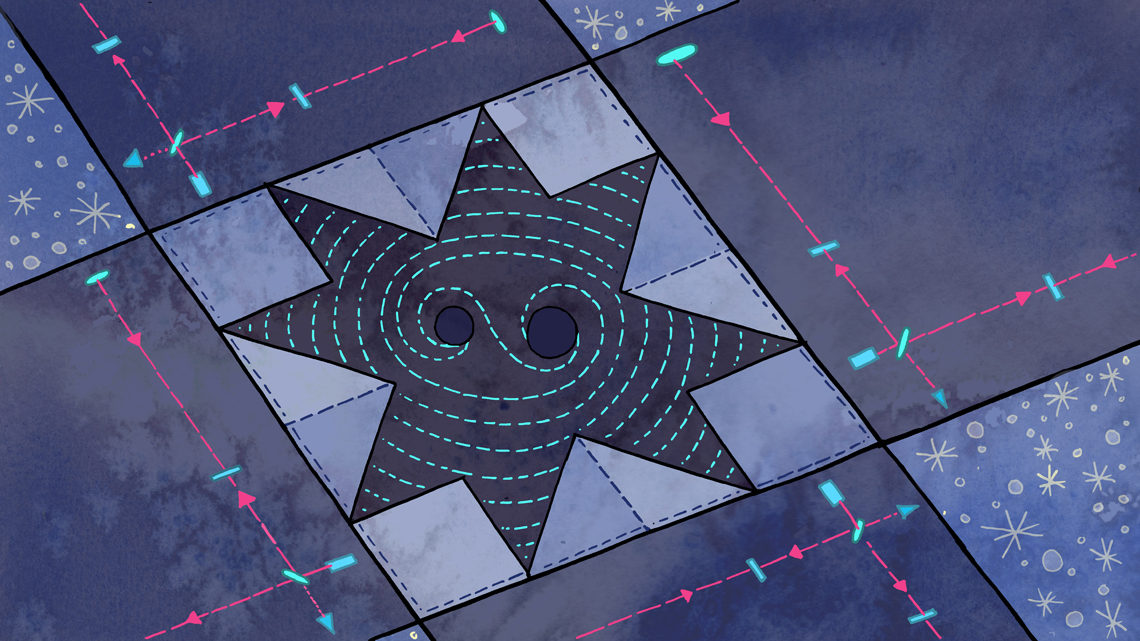 Ground-based interferometers are probably the most well known gravitational-wave detectors, thanks to LIGO’s breakthrough. These detectors have two arms that form the shape of an L. In LIGO’s case, each arm is 4 kilometers long.

In ground-based interferometers, physicists split a laser beam and send it down each arm. The beam bounces off mirrors at each end, travelling back and forth. A passing gravitational wave changes the relative lengths of the arms slightly and shifts the beam’s path, creating a change that physicists can identify.

These observatories can detect short wavelengths, primarily with frequencies in the hundreds of hertz range, making them sensitive to mergers of neutron stars and black holes that are between a few times to tens of times the mass of the sun.

There are a number of ground-based interferometers, both active and under construction. LIGO operates out of twin observatories in Louisiana and Washington state. There are plans to build a third LIGO observatory in India. Virgo and GEO600, which have similar set-ups but shorter arms, are located in Italy and Germany, respectively. KAGRA, an underground interferometer, is under construction in Japan.

These detectors are sensitive to a similar range of frequencies, but there is a key benefit to having many detectors in different parts of the world. Gravitational-wave detectors act like microphones, surveying massive patches of the cosmos from all directions. This increases their chances of finding signs of gravitational waves, but it also makes it difficult to see where exactly they came from. Having more than one detector allows physicists to triangulate a signal to better locate its position on the sky. 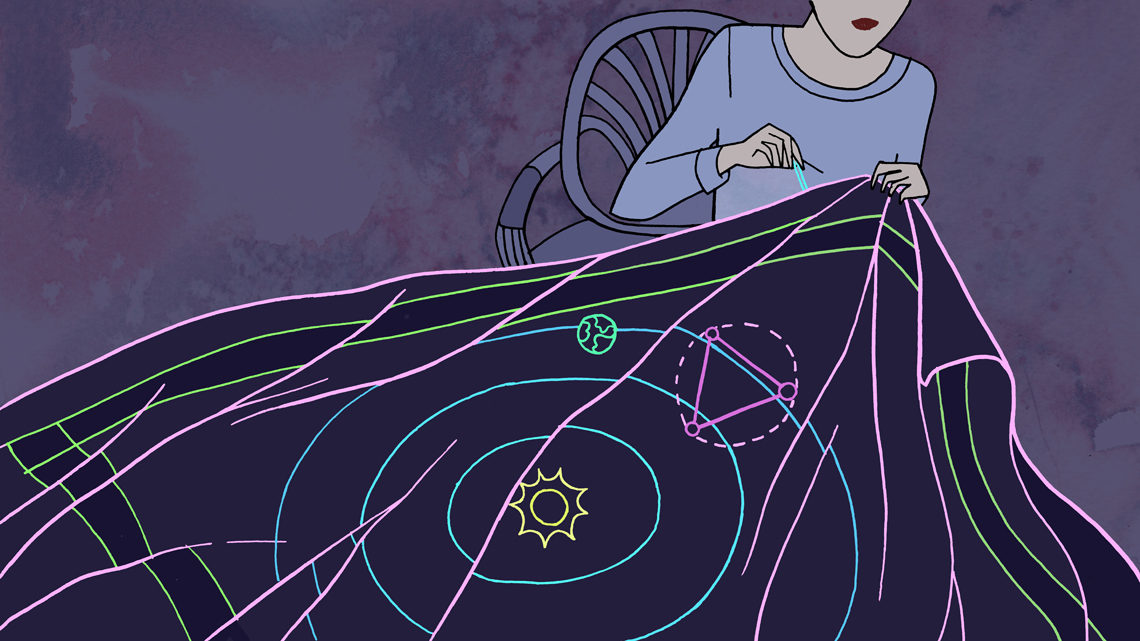 Some astronomers plan to bring gravitational-wave astronomy to space. The Laser Interferometer Space Antenna (LISA) has a set-up similar to LIGO, except with three arms over a million kilometers long. Instead of an L-shape, LISA would form an equilateral triangle orbiting the sun, with a satellite placed at each of the vertices. Like in LIGO, a laser beam would go back and forth along the arms, and physicists could detect changes in the length of the arms as a gravitational wave passed through.

The LISA collaboration hopes to launch a space-based observatory around 2034. So far, they have launched the LISA Pathfinder, a short version of one of the arms of the observatory, to test how well it works.

“With the success of LISA Pathfinder, we already know that we can do large parts of the mission,” says Martin Hewitson, a physicist at the Max Planck Institute for Gravitational Physics working on both LISA and LISA Pathfinder. “So there is a lot of scientific and political momentum to make this mission happen earlier.”

In space, the detector will be sensitive to much lower frequencies than the ground-based ones—in LISA’s case, frequencies in the millihertz range. Here, astronomers expect to see gravitational waves from mergers of the supermassive black holes at the center of galaxies. “By looking at these and how they evolve, there is a hope to trace how these galaxies merged and how these black holes have grown over the whole cosmic time,” Hewitson says. 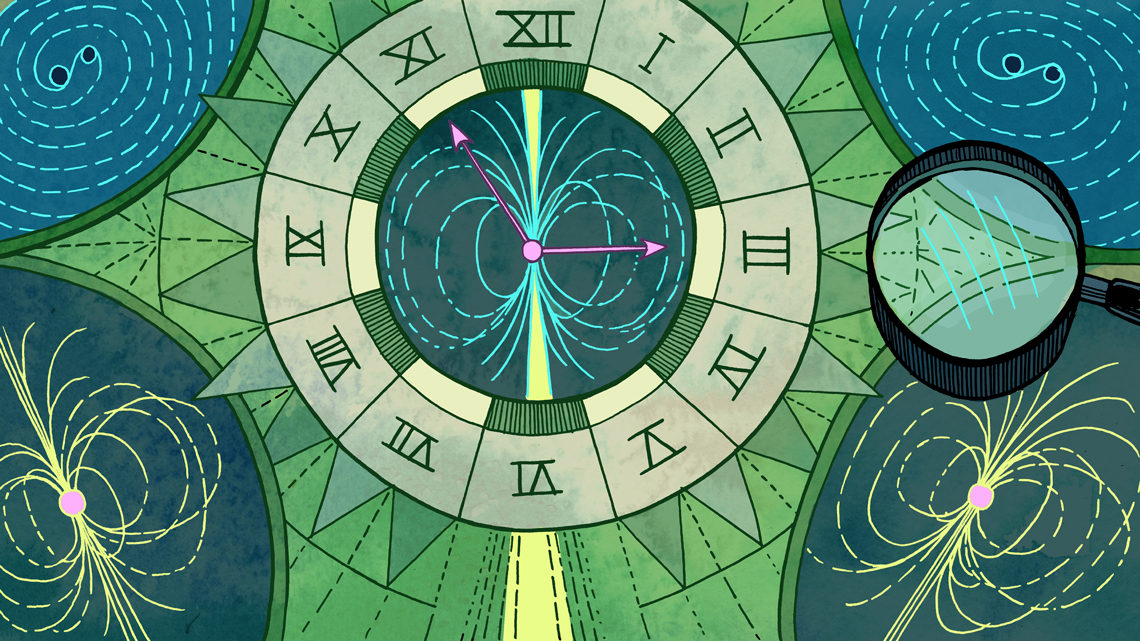 Pulsars, spinning neutron stars that constantly emit beams of electromagnetic radiation, are natural timekeepers. Of these, millisecond pulsars are the most regular—to the point that astronomers can predict the time they will arrive on Earth with nanosecond precision.

Physicists use pulsar timing arrays to search for gravitational waves. When a gravitational wave passes, space-time warps between the pulsar and earth. This changes the time of arrival of the pulses, which physicists can then detect with radio telescopes.

“With LIGO, they are trying to detect a deformation much smaller than the diameter of a proton across an instrument that is many kilometers in length—an incredibly tiny signature,” explains Shami Chatterjee, an astronomer at Cornell University working on the North American Nanohertz Observatory for Gravitational Waves (NANOGrav). “For pulsar timing arrays, it's the same scaling—our arms are hundreds or thousands of light years long, but we're trying to measure the same kind of fractional change.” 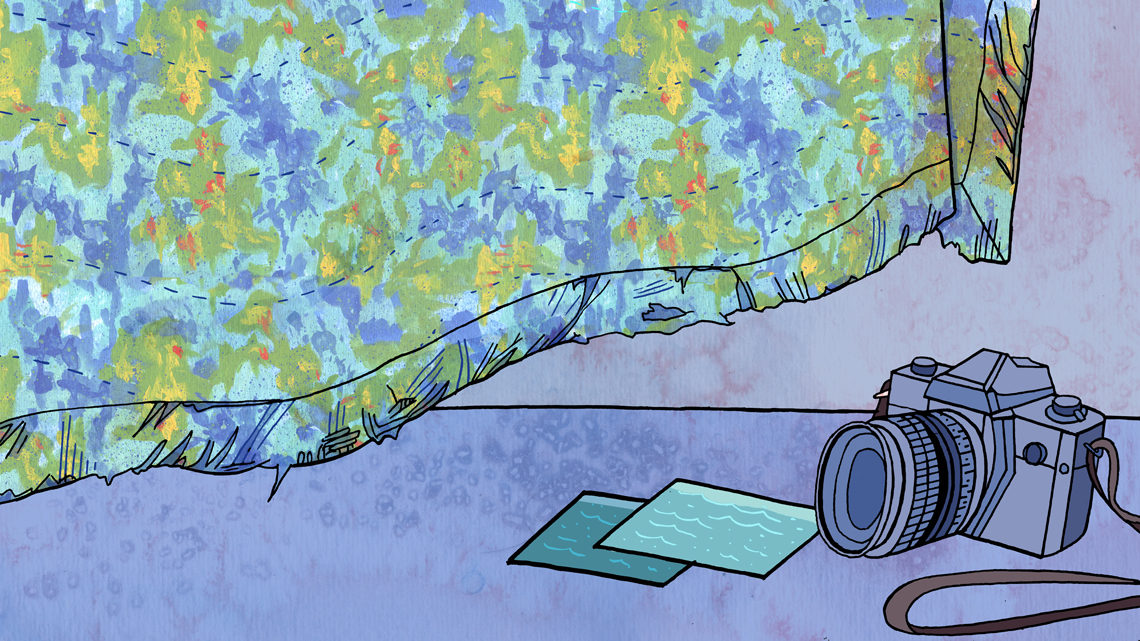 Finally, astronomers are also looking for primordial gravitational waves. These are waves created in the chaos of the very early universe.

One of the ways astronomers do this is quite different from the techniques described above. Rather than watching moving light originating from a laser or a pulsar, they look at a still image of light left over from the time just after the Big Bang—the cosmic microwave background—and try to see evidence of gravitational waves imprinted in it.

“It’s the difference between finding something bobbing up and down in the ocean and taking a snapshot of the ocean and seeing the crests and troughs,” Chatterjee says.

This is extremely difficult because there are many sources of noise, making the feat a bit like finding a specific small ripple in a pool while people are splashing around in it.

Interferometers and pulsar timing arrays are searching for these ancient waves as well. “The primordial gravitational wave background can, in principle, be observed in a very broad range of frequencies, from very low to very high ones,” says Pablo Rosado, an astrophysicist at Monash University studying gravitational wave detection. But according to Rosado, detectors like LIGO might not be able to see this signal because there may be too many binary black holes masking it.

LIGO's discovery was just the beginning. Just as the electromagnetic spectrum spans everything from long radio waves to short gamma rays, the gravitational wave spectrum extends across a huge range of frequencies that require very different instruments to find. Astronomers hope that together, these detectors will find the invisible signals that will help them understand the universe in a whole new light.