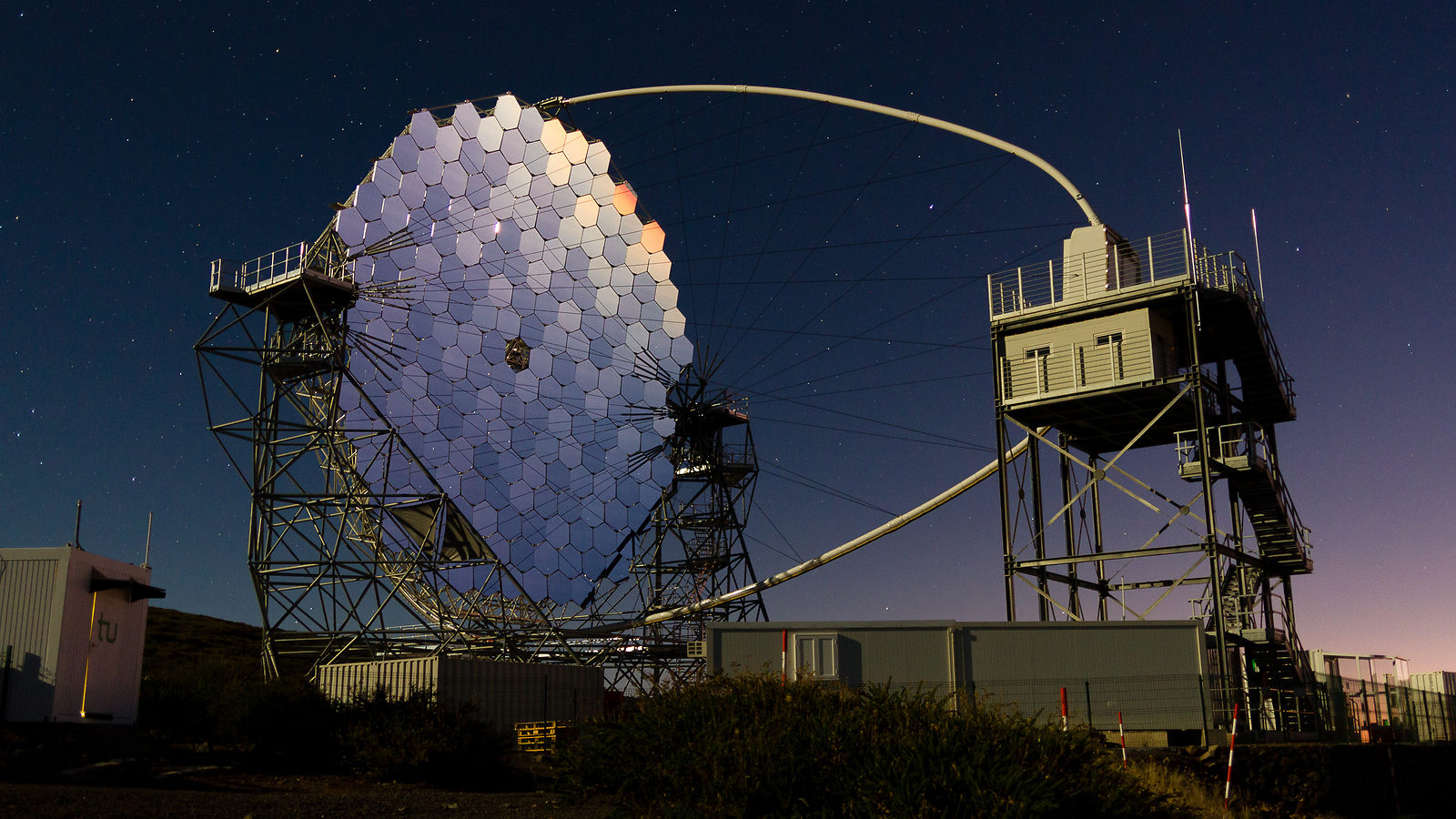 They permeate the cosmos, whizzing through galaxies and solar systems at energies far higher than what even our most powerful particle accelerators can achieve. Emitted by sources such as far-distant quasars, or, closer to Earth, occasionally ejected from the remnants of supernovae, high-energy cosmic rays are believed to play a role in the evolution of galaxies and the growth of black holes.

Exactly how cosmic rays originate remains a mystery. Now, an ambitious project—part observatory, part experiment—is preparing to investigate them by studying the gamma rays they produce at sensitivities never achieved before.

The Cherenkov Telescope Array being built in Chile and Spain’s Canary Islands is the newest generation of ground-based gamma-ray detectors. CTA involves collaborators from 31 countries and comprises more than 100 telescopes of varying sizes. Its detectors will be 10 times more sensitive to gamma rays than existing instruments, which will allow scientists to investigate their properties at a breathtaking range of energy levels—from about 20 billion electronvolts up to 300 trillion electronvolts. This is far above current capabilities: Existing gamma-ray observatories’ energy ranges top out at about 50 trillion electronvolts.

Rene Ong, an astrophysicist at UCLA and the co-spokesperson for the project, says that CTA is unique in that it will function as both an experiment—zeroing in to investigate specific points and topics of interest—and an observatory—creating an overall record of a portion of the night sky over time.

It will be the first ground-based gamma-ray observatory, and users will be granted observatory access time for their own projects in a proposal-driven program. “CTA will operate like an astronomical facility with a mix of guest-observer time, dedicated time for major observation projects, and time reserved for the CTA observatory director,” he says.

Part of what makes CTA an astronomical observatory is that it will make its data freely available, explains Ulisses Barres, an astrophysicist at the Brazilian Center for Physical Research who is leading part of that country’s contribution to CTA’s design and construction.

Until now, very-high-energy gamma-ray band astronomy research has been conducted by “closed” research groups, which have reserved most or all of their data for their own use. CTA will not only make its data public; just like a typical observatory, it will also structure its data to make it accessible even to nonspecialists and people in other scientific fields.

“That’s because CTA wants to kind of kick-start astronomy in the [high-energy gamma-ray] band in a new way,” Barres says. “People from other fields can request data from CTA in a competitive way and analyze it, pretty much like what an experimental telescope does.”

Elisabete de Gouveia Dal Pino, an astrophysicist at the University of São Paulo and also one of the leaders of the CTA Consortium in Brazil, says the project’s design will allow scientists to investigate some of the most energetic events that occur anywhere in the universe. These events are theorized to come mostly from compact sources like supermassive black holes and  supernovae explosions.

“There is a whole slew of processes and particles that we can decipher [by] observing the universe in gamma rays,” Dal Pino says. Other wavelengths have already been probed and are well-developed fields of study, she explains. “This is the last energy band window that we are currently able to open on the universe right now.”

CTA may also test physics beyond the Standard Model, Ong says. In particular, it will search for dark matter, which scientists think makes up 85% of the known matter in the universe but has yet to be detected, let alone fully understood. It’s possible that gamma rays are produced when dark matter particles bump into one another and self-annihilate.

CTA’s dark matter program will attempt to discover the nature of this phenomenon by observing the galactic halo, a roughly spherical, thinly populated area that surrounds the visible galaxy and is believed to be home to these particles.

For now, the project is still in its design and construction phase. Barres says he expects a “critical mass” of telescopes—enough to begin taking useable data—in the northern hemisphere by 2022. “We expect that by the middle of the next decade, CTA may already be fully operational,” he says. “For now, there is a lot of coordination to be done among the partner institutions.”