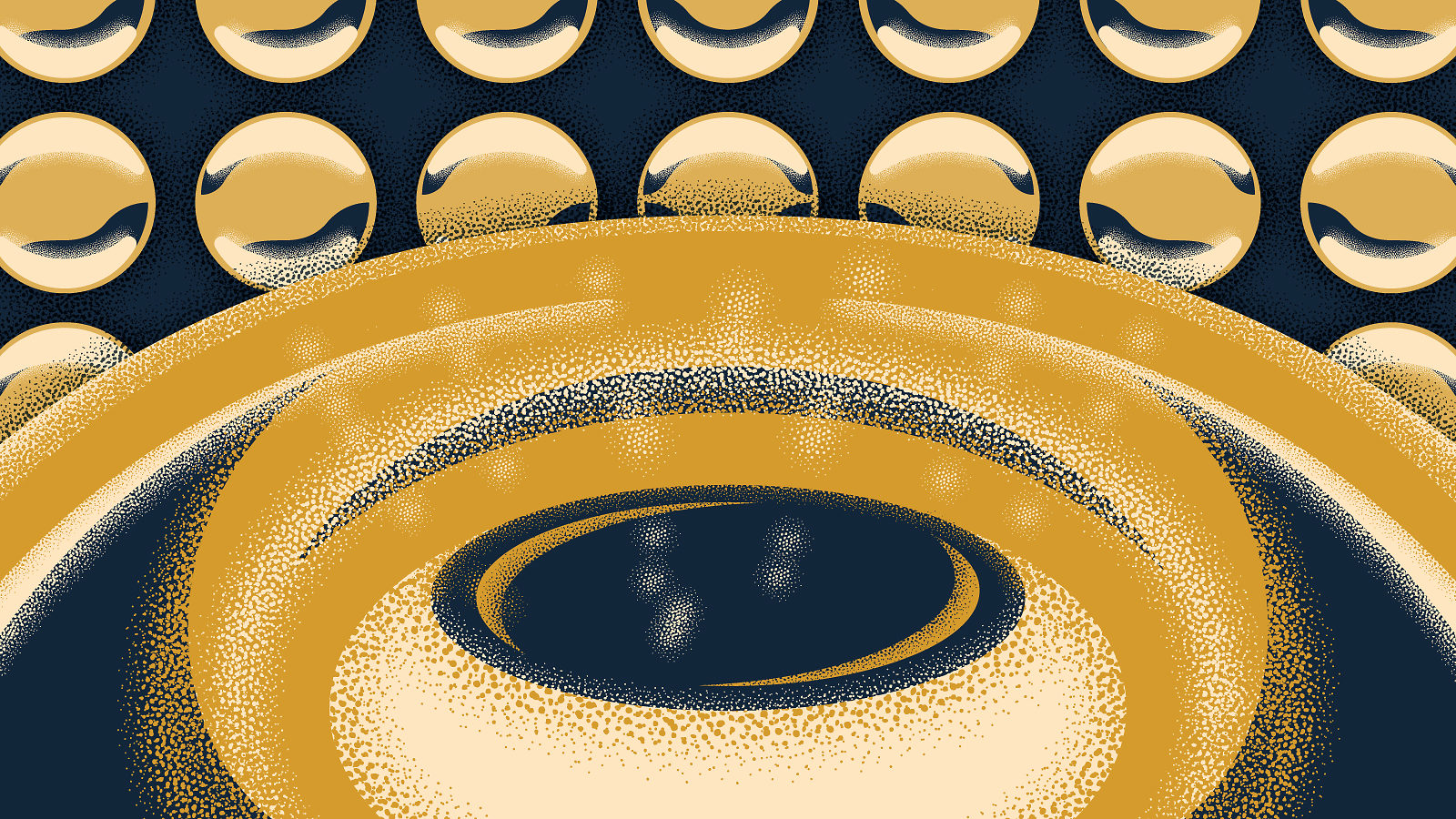 In 1987, the explosion of a gigantic star created a brilliant light show within the Large Magellanic Cloud, a small, satellite galaxy orbiting the Milky Way. The cataclysmic event, also known as a supernova, was visible from telescopes on Earth.

But before the light from the stellar blast reached our planet, three observatories, including the Kamiokande neutrino observatory in Japan, picked up signals from another type of particle produced in the blast: neutrinos.

Neutrino particles, though elusive, carry away almost all of the energy released by these exploding stars. By examining them, physicists can better understand the properties of neutrinos and probe the inner workings of supernovae.

“There’s really no way to look inside the heart of a dying star except via neutrinos,” says Mark Vagins, an experimental physicist at University of Tokyo’s Kavli Institute for the Physics and Mathematics of the Universe.

For the last three decades, physicists have patiently waited for the next nearby supernova. Luckily, waiting is no longer the only option.

The successor to Kamiokande, called Super-Kamiokande, is about to get an upgrade. Adding the rare earth element gadolinium to Super-K will allow scientists to search for neutrinos not only from future supernovae, but also from stellar explosions in our universe’s history.

“Every few seconds, a supernova happens somewhere in the universe, and they are all producing neutrinos,” says Masayuki Nakahata, the spokesperson for Super-K. “By using this new technology, we will be able to detect those neutrinos.”

The Super-K observatory lies under Mount Ikeno, in a mine 3300 feet below the ground in central Japan. The detector is encased within a cylindrical stainless-steel tank as tall as the Statue of Liberty. Its interior is filled with 50,000 tons of ultra-pure water and lined with approximately 13,000 photosensors—golden bulbs that detect the flashes of light produced as neutrinos pass through. 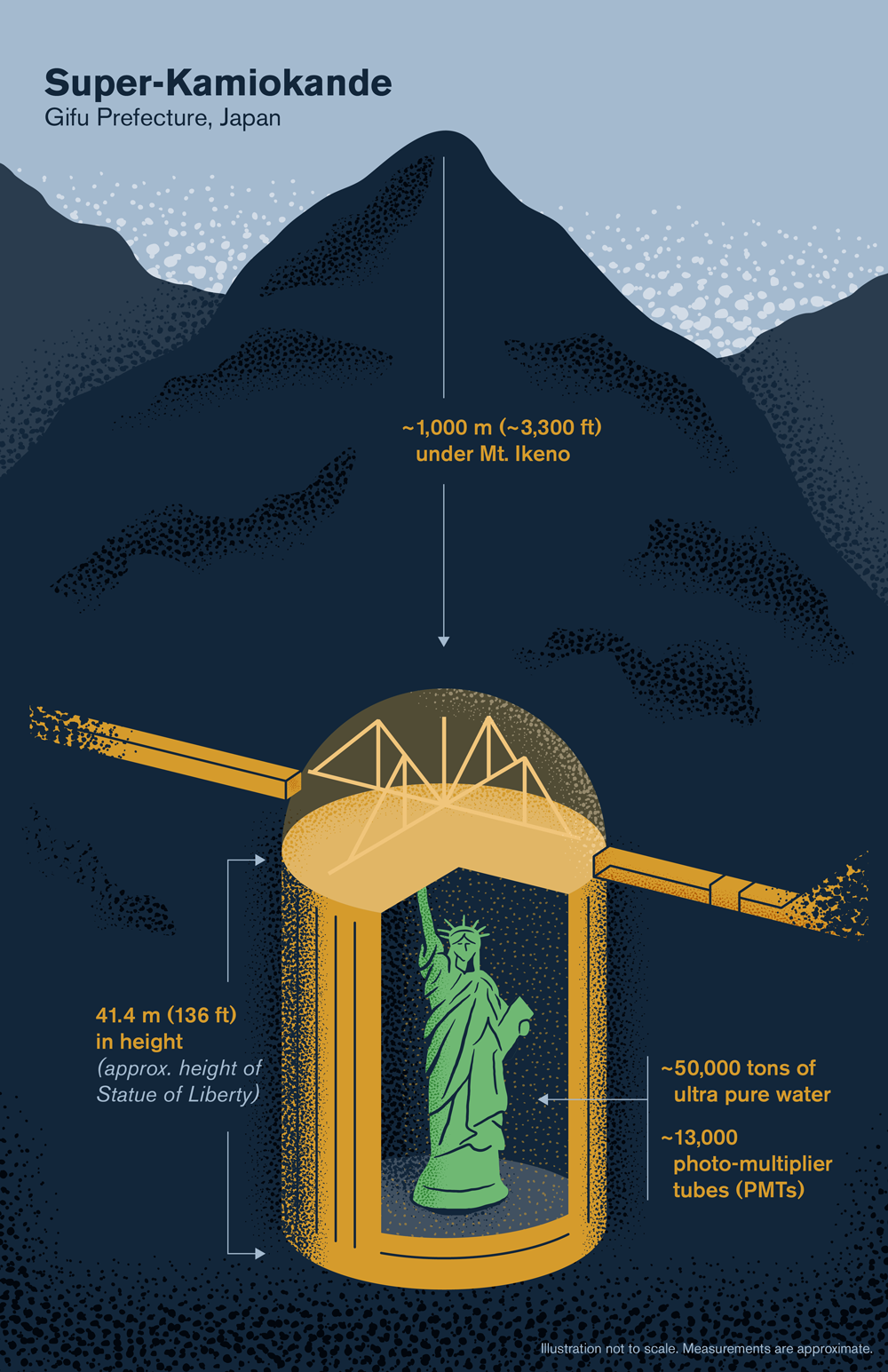 In the early 2000s, the Super-K collaboration tried to detect neutrinos from past supernovae, which are collectively known as the diffuse supernova neutrino background. In theory, Super-K was large enough to find these particles. But the signal was being concealed by “background noise” produced by other processes.

Neutrinos come in three different “flavors”: electron neutrino, muon neutrino and tau neutrino. Supernovae release both neutrinos and their antimatter counterparts, antineutrinos, in various flavors, but the ones that most commonly interact within detectors like Super-K are electron antineutrinos. When one these particles comes in contact with hydrogen molecules in the Super-K detector, it releases a positron, along with another particle. This process creates a flash of light that Super-K’s sensors can identify.

The problem is, a number of other particles—including the electron neutrinos that constantly stream from the sun and pass through Super-K far more often than electron antineutrinos from supernovae—produce the same signal.

While at a neutrino conference in Munich in 2002, Vagins and his colleague John Beacom, a theoretical physicist now at the Ohio State University, came up with a solution to this problem. “John and I decided that there had to be a way to see these darn things,” Vagins says. “We talked about many different approaches and pretty quickly realized that we were going to have to use gadolinium.”

The duo realized that gadolinium, a rare earth metal, would be a valuable addition to Super-K due to a certain property. Gadolinium is uniquely effective at gobbling up the other kind of particle an electron antineutrino produces when it hits the purified water in Super-K detector: a neutron.

If gadolinium were added to the Super-K detector, it would interact with a neutron released by an electron antineutrino to generate a second pulse of light.

Dual light flashes, which Vagins and Beacom have dubbed “gadolinium heartbeats,” would come only from electron antineutrinos—they would not be produced by electron neutrinos from the sun or in interactions with other particles that until now have obscured the detection of supernova electron antineutrinos.

When Beacom and Vagins initially pitched the idea of adding gadolinium to Super-K to the collaboration, it was not greeted with the level of enthusiasm they expected. Their colleagues were impressed by the capability of this technique, but they worried that gadolinium could harm the multi-million-dollar detector.

Researchers worried that gadolinium might corrode the steel, alter the transparency of the water, or introduce radioactivity into the detector. “There was a huge list of issues, and we had to go through those one at a time and show that no, it was not a problem,” Vagins says.

There were also other challenges to overcome, such as figuring out how to dissolve the gadolinium into the water. This doesn’t happen naturally. (The answer: Combine it with sulfate to make gadolinium sulfate, a salt.)

To test the feasibly of their plan, Super-K scientists built a miniature version of the detector called Evaluating Gadolinium’s Action on Detector Systems, or EGADS. This scaled-down version of the detector was lined with 240 photosensors and had room for 200 tons of water. The team filled the prototype tank with gadolinium-loaded ultrapure water, then left it closed for around two-and-a-half years while running tests to assess the detector’s capabilities.

Meanwhile, Beacom and his team have been gearing up for the forthcoming upgrade by conducting theoretical assessments, such as examining the details of the background signals within the gadolinium-loaded detector and the signals that can be seen within it.

The Super-K collaboration approved the gadolinium upgrade in June 2015. But the final test came in 2017, when a group of scientists, including Vagins, donned protective bunny suits (as human skin is highly radioactive, at least in comparison to ultrapure water) and opened EGADS up to assess whether there were any signs of damage.

“That was a pretty nervous moment,” Vagins recalls. “But when we opened up, everything was still shiny and pretty. That was pretty much the final selling point for everybody.”

The Super-K collaboration will start loading the detector with gadolinium next spring. They plan to start at 0.01% gadolinium and gradually add more. At a concentration of 0.01%, gadolinium will already be able to capture around half of the neutrons that appear in the detector. 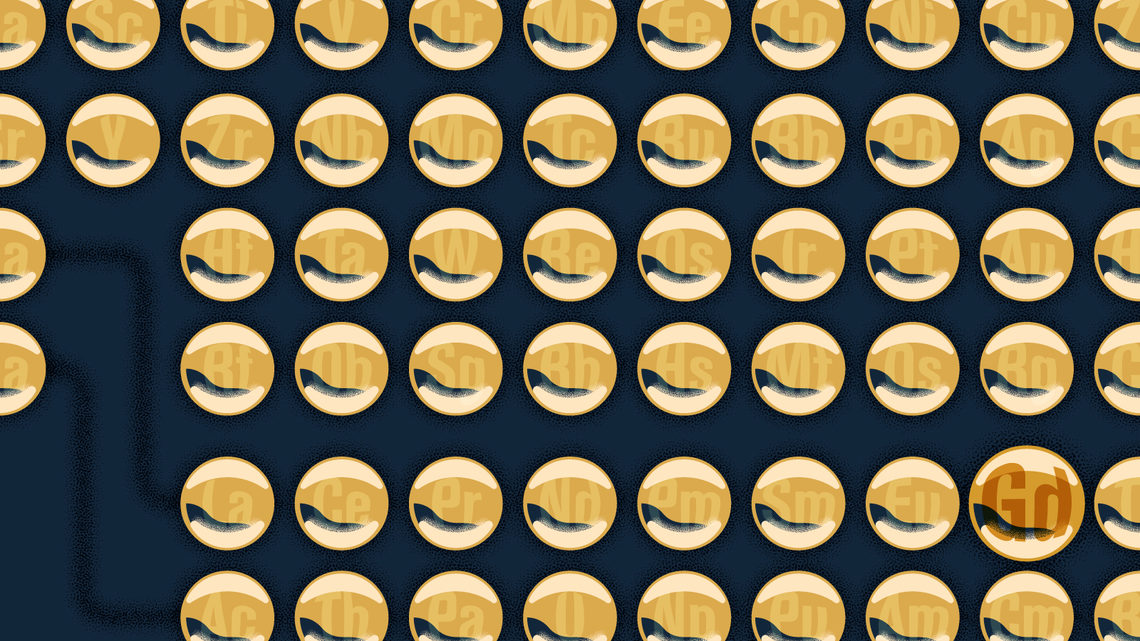 To prepare for the addition of gadolinium, last year, scientists opened up Super-K for the first time in 12 years to do some repairs. This included replacing broken phototubes, adding new piping, cleaning the interior, and sealing a leak. Since it first started running, Super-K has been losing around 1 ton of water per day, Nakahata says. This was not a problem when the tank was filled with water. Now that gadolinium is being added, however, they will need to make sure the liquid does not seep into the environment.

Gadolinium poses about the same health risk as table salt, Vagins says. “A typical individual would have to directly consume ounces of gadolinium to have problems, and since at full loading the water in Super-K will be just 0.1% gadolinium, one could drink a gallon a day right out of the tank without trouble,” he says. “Even though gadolinium is relatively harmless, we don’t want to potentially be leaking that into the mountain range or the community.”

Gadolinium-loaded Super-K will search for neutrinos from all past supernovae in the universe at once. Each supernova makes a tremendous number of neutrinos, but the chances of detecting one from supernovae outside the Milky Way are tiny, Beacom explains. But by looking at the entire diffuse supernova neutrino background, it’ll be possible to identity around two to six neutrinos per year.

Those neutrinos will allow physicists to address some of the many unsolved mysteries about supernovae. For example, by making it possible to examine neutrinos from supernovae throughout our universe’s history, the upgraded detector will help scientists better identify the characteristics of a typical stellar explosion.

Gadolinium will also make Super-K much more sensitive to proton decay—a phenomena which has yet to be observed—and better able to separate neutrinos from antineutrinos.

“I think the gadolinium loading of Super-K is a very exciting development,” says André de Gouvêa, a theoretical particle physicist at Northwestern University who is not involved with the upgrade. “I am confident we will learn something interesting about the history of the universe, supernova explosions, and the properties of neutrinos.”

Eventually, Vagins hopes the Hyper-Kamiokande collaboration—which in 2018 was granted seed funding toward the construction of a successor to Super-K that will hold a whopping 260,000 tons of water—will also add gadolinium to its detector.

In the meantime, there are already a number of other detectors that are planning to use gadolinium in a similar way. These include the XENONnT experiment at Gran Sasso National Laboratory in Italy, which searches for dark matter particles, and the Water Cherenkov Monitor of Antineutrinos (WATCHMEN), a US- and UK-funded experiment based in UK’s Boulby mine that will test the feasibility of identifying nuclear reactors by monitoring the telltale antineutrinos they produce.

Vagins expects to see even more enthusiasm for gadolinium once Super-K scientists prove its worth. “I think once we’re running Super-K with gadolinium, and people get used to the physics advantages, it’ll be hard to stop future experiments from doing it,” he says.