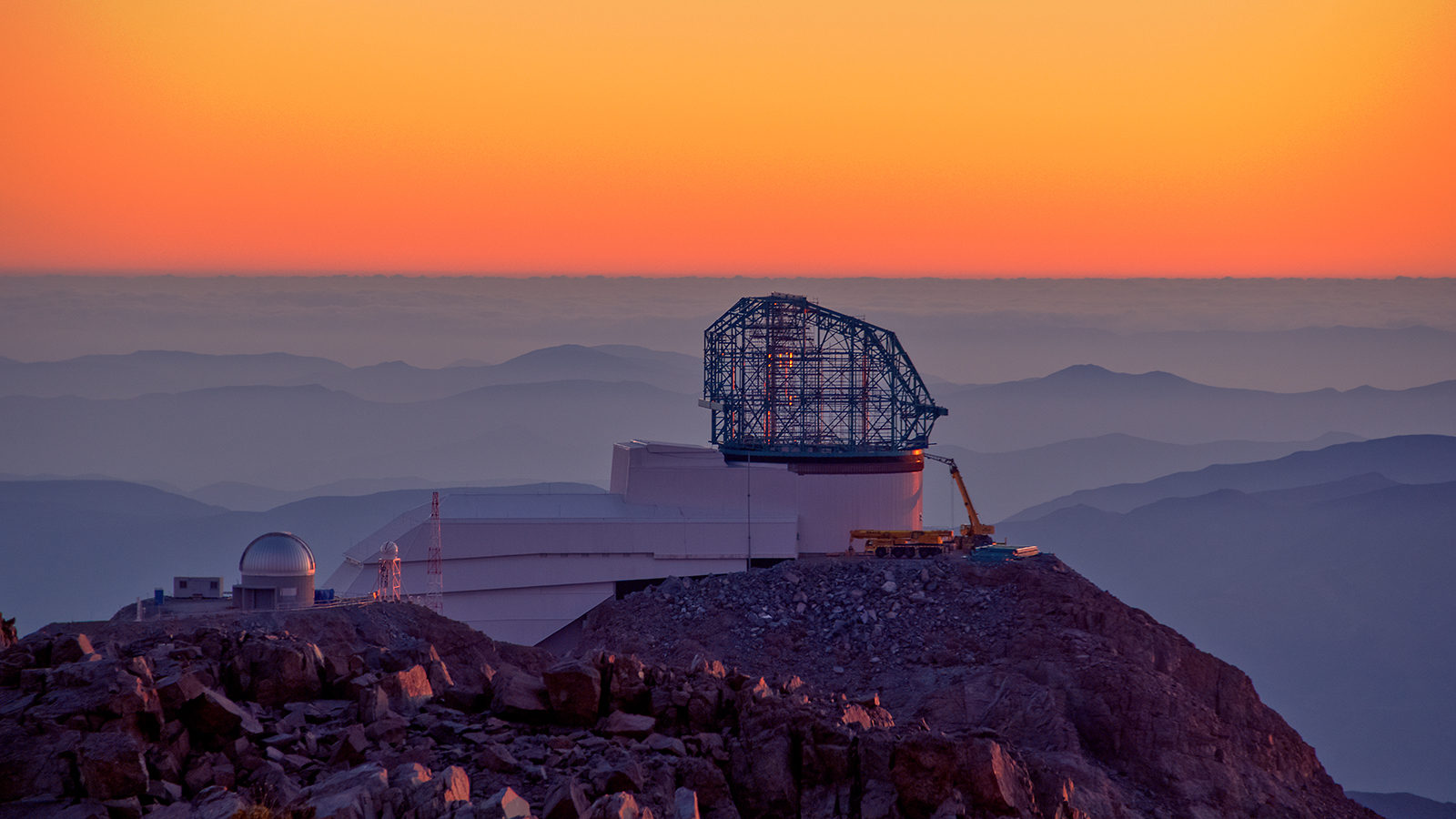 Scientists at the Department of Energy’s SLAC National Accelerator Laboratory are building the world’s largest digital camera for astronomy and astrophysics.

The minivan-sized 3200-megapixel ‘eye’ of the future Large Synoptic Survey Telescope will enable unprecedented views of the universe starting in the fall of 2022 and provide new insights into dark energy and other cosmic mysteries. In the meantime, the lab has completed its work on a miniature version that will soon be used for testing the telescope and taking LSST’s first images of the night sky.

These images will include glimpses of the motions of asteroids and objects in our solar system with orbits beyond that of Neptune, as well as alerts of sudden events such as supernovae, exploding stars that temporarily light up parts of the sky.

The device, called ComCam (short for Commissioning Camera), will use only 4% of the full LSST camera’s focal plane and produce much smaller images, but it will provide enough “imaging power” to test the observatory while its ultimate camera is still under construction. In fact, ComCam’s 144 megapixels outnumber the pixel count that was available to the Sloan Digital Sky Survey, a pioneering astrophysical survey project in the early 2000s.

“ComCam will give us a great head start in checking all of the interfaces between the camera, telescope, site infrastructure and data management,” says Kevin Reil, LSST commissioning scientist and SLAC staff scientist.

After completing the integration of imaging sensors into ComCam and other tasks, the SLAC team today shipped the device to LSST headquarters in Tucson, Arizona. There, more components will be added before the finished ComCam is sent to its final destination in Chile later this year. 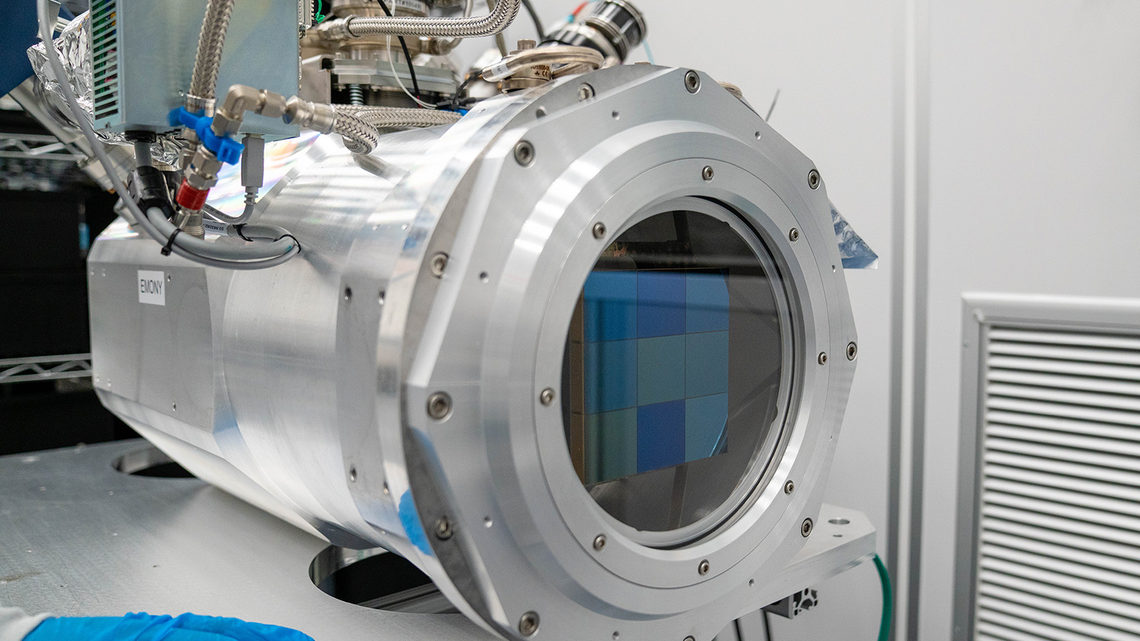 The extraordinarily high image quality of the full LSST camera will be largely due to its 189 state-of-the-art imaging sensors. Arranged into square arrays, called rafts, of nine sensors each, they’ll make up the camera’s focal plane. ComCam has only a single raft, which was provided by Brookhaven National Laboratory and recently inserted into the ComCam cryostat at SLAC.

The cryostat, specially designed and built for ComCam, holds the raft in place and cools its imaging sensors to very low temperatures to eliminate unwanted background signals and improve image quality. The ComCam cryostat uses a different refrigeration system from that of the final LSST camera, which requires a more complex system in order to handle 21 rafts.

The raft also contains electronics boards that will digitize data taken with ComCam. These data will be sent to data management systems at the National Science Foundation-supported National Center for Supercomputing Applications at the University of Illinois at Urbana-Champaign and centers at France’s National Institute of Nuclear and Particle Physics and in Chile, where they will be analyzed by scientists around the world.

SLAC is also building and testing the camera control system, which will allow the observatory software to send commands to ComCam, for instance, to change filters and take images. The LSST camera will use the same control system.

Once ComCam arrives in Tucson, LSST scientists will add lenses, a filter changer and a shutter. They will integrate the complete instrument with the observatory software and computing infrastructure and perform crucial tests, including a dry run that will simulate a night of observations.

“In large projects like LSST, it’s exciting to watch the hardware and software come together into a working system over the years,” says Brian Stalder, LSST commissioning scientist in Tucson.

Finally, ComCam will be sent to Chile and installed on the actual telescope, paving the way for LSST commissioning.

In addition, it’ll produce LSST’s first images, albeit at a much smaller scale than the final camera. Although science studies won’t be ComCam’s primary purpose, the team expects the camera to produce images of very good quality, Reil says.

“It’ll be exciting to see these early images taken with our brand new, world-class telescope.”