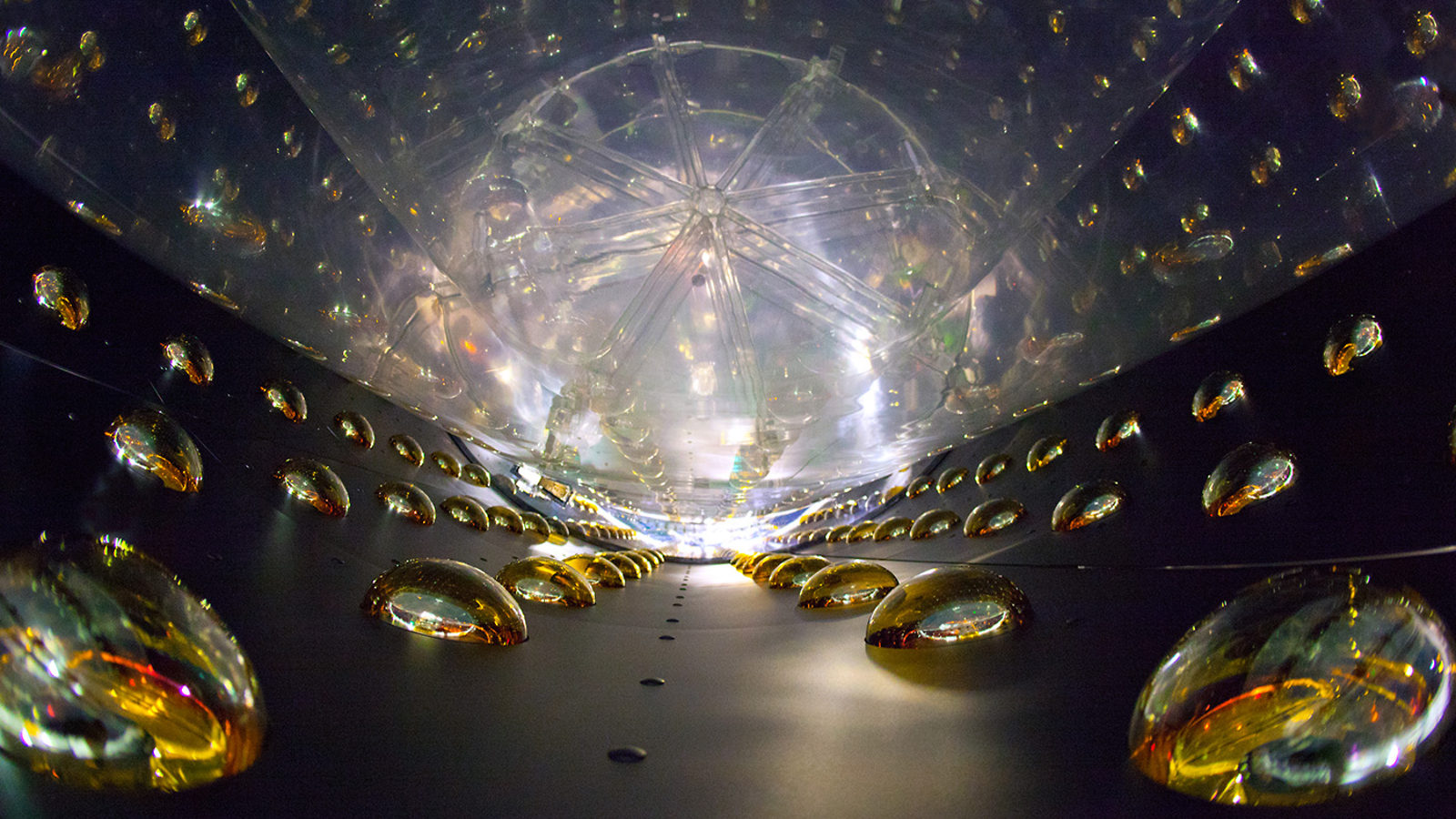 Physics, perhaps more so than any other science, relies on measuring the same thing in multiple ways. Different experiments let scientists narrow in on right answers that satisfy all parties—a scientific system of checks and balances.

That’s why it’s exciting when a difference, even a minute one, appears. It can teach physicists something about their current model – or physics that extends beyond it. It’s possible that just such a discrepancy exists between a certain measurement of neutrinos coming out of accelerator experiments and reactor-based experiments.

Neutrinos are minuscule, neutral particles that don’t interact with much of anything. They can happily pass through a light-year of lead without a peep. Trillions pass through you every second. In fact, they are the most abundant massive particle in the universe—and something scientists are, naturally, quite keen to understand.

The ghostly particles come in three flavors: electron, muon and tau. They transition between these three flavors as they travel. This means that a muon neutrino leaving an accelerator at Fermi National Accelerator Laboratory in Illinois can show up as an electron neutrino in an underground detector in South Dakota.

Not complicated enough for you? These neutrino flavors are made of mixtures of three different “mass states” of neutrinos, masses 1, 2 and 3.

At the end of the day, neutrinos are weird. They hang out in the quantum realm, a land of probabilities and mixing matrices and other shenanigans. But here’s what you should know. There are lots of different things we can measure about neutrinos—and one of them is a parameter called theta13 (pronounced theta one three). Theta13 relates deeply to how neutrinos mix together, and it’s here that scientists have seen the faintest hint of disagreement from different experiments.

There are lots of different ways to learn about neutrinos and things like theta13. Two of the most popular involve particle accelerators and nuclear reactors.

The best measurements of theta13 come from nuclear reactor experiments such as Double Chooz, RENO and Daya Bay Reactor Neutrino Experiment based in China (which released the best measurement to date a few weeks ago).

Detectors located near nuclear reactors provide such wonderful readings of theta13 because reactors produce an extremely pure fountain of electron antineutrinos, and theta13 is closely tied to how electron neutrinos mix. Researchers can calculate theta13 based on the number of electron antineutrinos that disappear as they travel from a near detector to the far detector, transforming into other types.

With that in mind, we come to the source of the disagreement. The results coming out of accelerator-based experiments, such as the United States-based NOvA and Japan-based T2K, see just a few more electron neutrinos than researchers would predict based on what the reactor experiments are saying.

“The theta13 value that fits the beam experiments, that really describes how much electron neutrino you get, is somewhat larger than what Daya Bay, RENO and Double Chooz measure,” says Kate Scholberg, professor of physics at Duke University and researcher on T2K. “So there’s a little bit of tension.”

Many grains of salt

“We have to wait for T2K and NOvA to get sufficient statistics, and that’s going to take a while,” says Stephen Parke, head of the Theoretical Physics Department at Fermilab. Parke, Scholberg and Dwyer all estimated that about five more years of data collection will be required before researchers are able to start saying anything substantial.

“There’s been a lot of pressure on Daya Bay to try to eke out as precise a measurement as we possibly can,” Dwyer says. “Every bit of increased precision we provide further improves the ability of NOvA and T2K and eventually [proposed neutrino experiment] DUNE to measure the other parameters.”

If the accelerator experiments gather more data and if a clear discrepancy emerges—a big if—what does it mean?

Turns out there are lots of reasons to love theta13. It’s one of the fundamental parameters that can define our universe. From a practical standpoint, it helps design future experiments to better understand neutrinos. And it could help physicists learn something new.

“We don’t expect things not to agree, but we kind of hope that they won’t,” says André de Gouvêa, professor of physics at Northwestern University. “It means that we’re missing something.”

That something could be CP violation, evidence that neutrinos and antineutrinos behave differently. CP violation has never been seen in neutrinos before, but if researchers observed it with accelerator experiments, it could help explain why our universe is made of matter rather than equal parts of matter and antimatter.

Figuring out if CP violation is occurring means nailing down all of the different neutrino mixing parameters, which in turn means building more powerful, next-generation experiments such as Hyper-K in Japan, JUNO in China and the Deep Underground Neutrino Experiment in the United States. DUNE will build on oscillation experiments like NOvA but will be able to better separate background noise from neutrino events, see a broader energy spectrum of neutrinos and find other neutrino characteristics.

DUNE, which will be built in a repurposed gold mine in South Dakota and detect neutrinos passed 800 miles through the Earth from Fermilab in Illinois, will be one of the best ways to see CP violation and rely on expertise gained from smaller neutrino experiments.

Ultimately, the neutrino puzzle is still missing many pieces. A variety of experiments are ramping up to fill in the gaps, making it an exciting time to be a neutrino physicist.

“We have to untangle the mysteries of the neutrino, and it’s not easy,” Parke says. “The neutrino doesn’t give up her secrets very easily.”