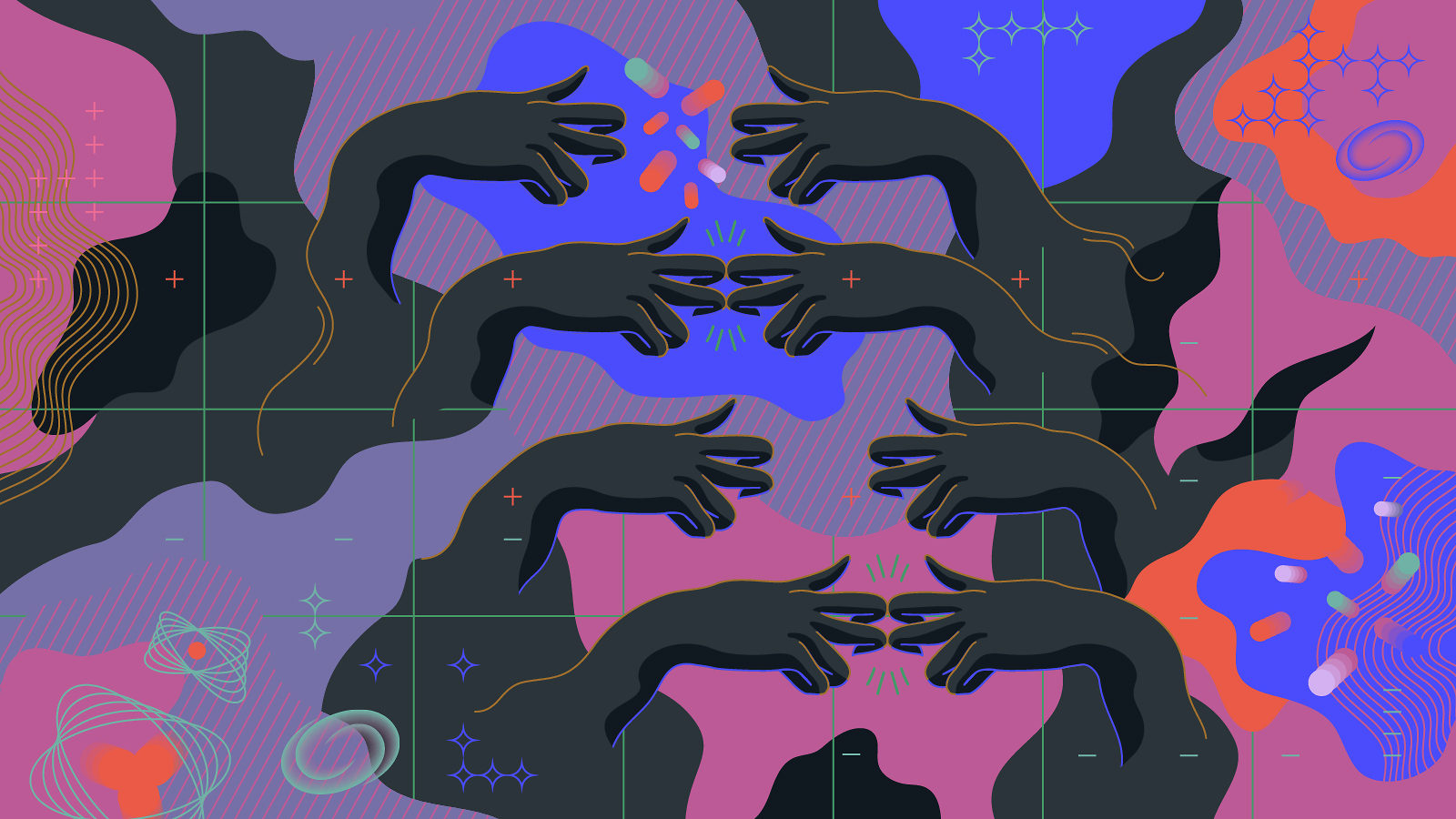 When Jason Nordhaus teaches physics at Rochester Institute of Technology, he doesn’t just consider how to best explain topics like thermodynamics and quantum mechanics.

Much of what he thinks about involves the physical space of his classroom: He arranges his students’ desks so everyone has a line of sight to him. He positions his body to ensure that students can see both of his hands. He displays important information on the board or on a PowerPoint slide, and he always pauses his lecture to give students time to read it.

That’s because many of Nordhaus’s students are deaf or hard of hearing. Nordhaus communicates with them by both speaking and using American Sign Language.

“I had a student thank me once for not having a beard,” he says. “He was able to see my expressions and my lips and then better understand me. I never would have considered that before.”

Physicists like Nordhaus, who is an assistant professor of physics and a theoretical astrophysicist at the National Technical Institute for the Deaf at the Rochester Institute of Technology, are trying to change all that with specialized programs, classes, and interpreter training, all aimed at reducing barriers in STEM.

“These are the most brilliant students who just happen not to hear,” Nordhaus says. “It’s wrong that these barriers exist.”

Asher Kirschbaum, who attended the Maryland School for the Deaf from 1997 to 2012, got into physics the way many kids do—by reading books about space and science and becoming fascinated with learning how the universe worked.

After graduation, he enrolled at the National Technical Institute for the Deaf. NTID, one of the Rochester Institute of Technology’s nine colleges, has an active partnership with RIT’s Astrophysical Sciences and Technology program. Together they offer unique opportunities for deaf and hard-of-hearing students, including a doctorate program in astrophysics.

At RIT, the majority of STEM professors do not know sign language, so interpreters translate their lectures for deaf and hard-of-hearing students. Kirschbaum found watching interpreters try to translate technical concepts was not equivalent to learning the concepts in ASL, as he had in Maryland.

“I visited my professors’ offices for hours with a pen and paper and tried to better understand topics such as differential equations and heat transfer,” he writes in an email to Symmetry. Though professors were always willing to work with him, he writes, it took a lot of extra work on his part as well. “I became very good at learning from textbooks and teaching myself concepts.”

Outside the classroom, Kirschbaum found himself left out of peer support systems. “When I found a study group, it was still inaccessible to me because most of the time, my peers did not know sign language,” he writes.

Gabriela Santos, a hard-of-hearing student interested in cosmology, had a similar experience at RIT/NTID. “In the science classroom setting, if there is a hearing professor, interpreters and [deaf or hard-of-hearing] students both have a harder time being able to understand and translate the science concepts well,” she writes. “Some hearing professors tend to talk rapidly and explain concepts while simultaneously writing notes on the board, or going through slides,” visual cues that are impossible to fully absorb while also watching a signed translation.

Nordhaus entered into the sphere of deaf and hard-of-hearing physics students in 2008, when he was a postdoctoral fellow at Princeton. While walking through the airport one day, he noticed two people communicating in ASL. Intrigued, he signed up for a class at the Katzenbach School for the Deaf in West Trenton, New Jersey, to learn the language. He kept up his studies and eventually applied for a National Science Foundation fellowship at RIT to develop an astronomy course to be taught in ASL.

After he was hired, Nordhaus began collaborating with faculty in deaf education to develop four physics courses and two astronomy courses taught in ASL. He also became a co-principal investigator on a Research Experience for Undergraduates that is specifically for deaf students.

“We want to set up the pipeline to give students as much opportunity as possible,” he says.

Kirschbaum conducted an independent study with Nordhaus. He studied a triple star system, learning how to code in Python to create simulations to better understand the stars’ gravitational force. He presented his results through an interpreter at the poster session for the conference of the American Astronomical Society.

“The experience was fantastic,” Kirschbaum writes. “I do not think people were expecting to see a deaf person presenting his research. I am glad that I had the opportunity to show the STEM community that deaf people are capable of achieving the same things as anyone else in the field.”

Santos conducted research with Nordhaus as part of the Research Experience program, examining the qualities exoplanets would need to be livable. She presented her work at an undergraduate conference. Santos, who uses cochlear implants to receive sound, both spoke and signed her presentation.

When interpreters translate physics lessons, they often do so conceptually, creating their own ways of communicating the idea.

This can put deaf and hard-of-hearing students at a disadvantage. At the undergraduate conference where Santos presented, Nordhaus watched a hearing student give a presentation on the n-body problem—in this case, calculations of how three stars and their planets move together. The interpreter signed “Three people have a problem,” in ASL.

“Deaf students watching the presentation would have been totally confused, because they would have thought that three people are having some sort of issue,” Nordhaus says.

Several years ago, a group created signs for 119 physics terms in British Sign Language. Some groups working to build the ASL vocabulary for STEM topics have included physics in their efforts, but no one set of physics signs has been formally adopted in the US.

Nordhaus recently won a grant from the Gordon and Betty Moore Foundation to tackle this problem. He and collaborator Jessica Trussell, an assistant professor in the Master of Science in Secondary Education program at NTID, are developing training videos for interpreters and students for each unit of a physics course. The videos will teach a consistent set of vocabulary to both interpreters and students in physics courses.

“That way, when we get to that unit in class, everyone will be on the same page,” Nordhaus says.

Nordhaus says he plans to evaluate whether the videos improve student outcomes.

“Then we have a template for doing the same thing in areas like biology, chemistry and engineering. Over time we can do things like this to reduce barriers, to get more deaf and hard-of-hearing students in STEM.”