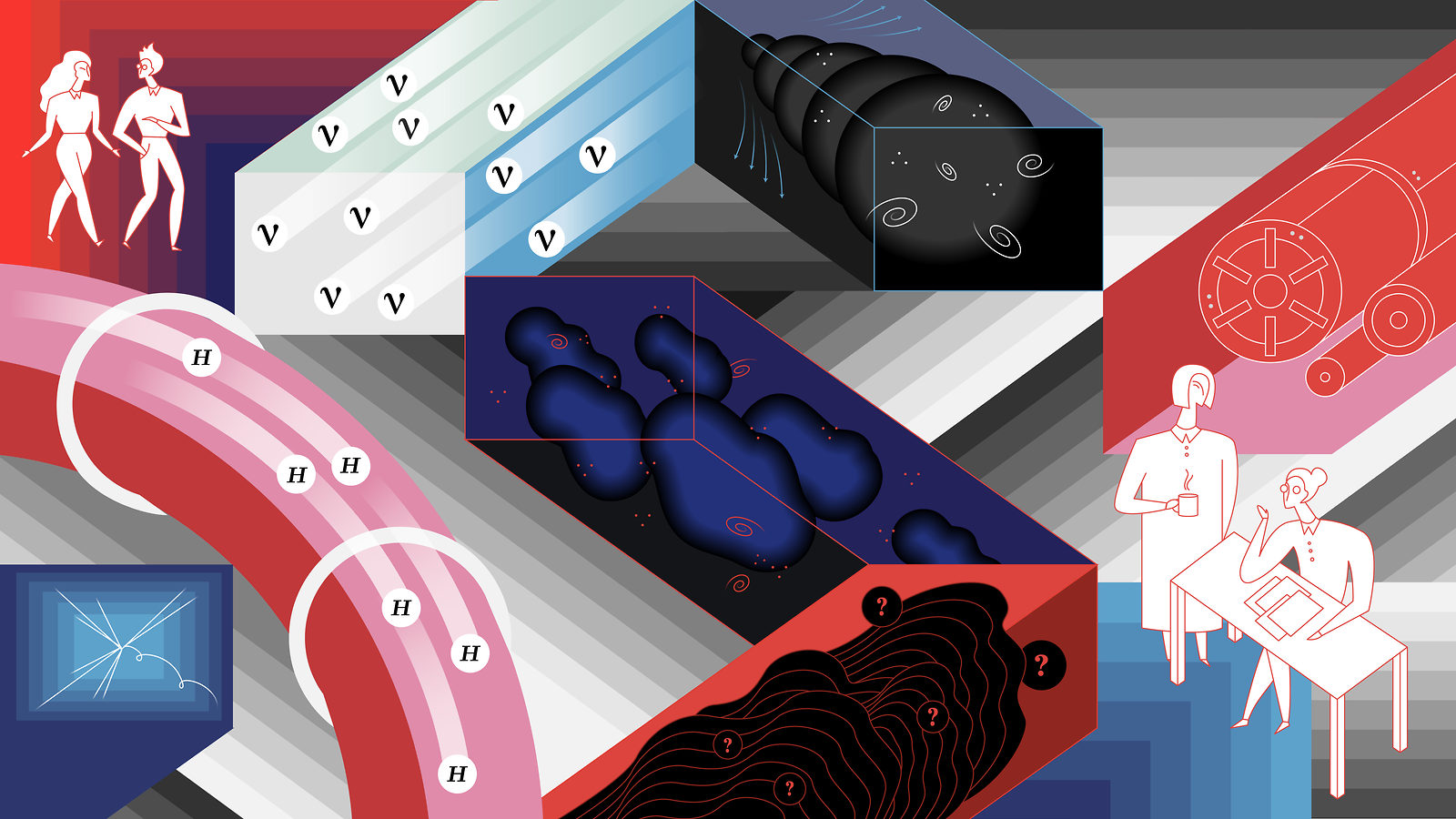 By Jim Siegrist, US DOE Office of High Energy Physics

Working together, particle physicists from the US and around the globe made exciting advances this year in our understanding of the universe at the smallest and largest scales.

The LIGO experiment made the first detection of gravitational waves, originally predicted by Albert Einstein in 1916 in his general theory of relativity. And scientists have pushed closer to the next big discovery at experiments such as those at the Large Hadron Collider and at ultra-sensitive underground neutrino detectors.

The pursuit of particle physics is a truly international effort. It takes the combined resources and expertise of partnering nations to develop and use unique world-class facilities and advanced technology detectors.

Efforts in particle physics can be divided into five intertwined lines of inquiry: explorations of the Higgs boson, neutrinos, dark matter, cosmic acceleration and the unknown. Following this community vision enabled physicists to make major scientific advances in 2016 and set the stage for a fascinating future. 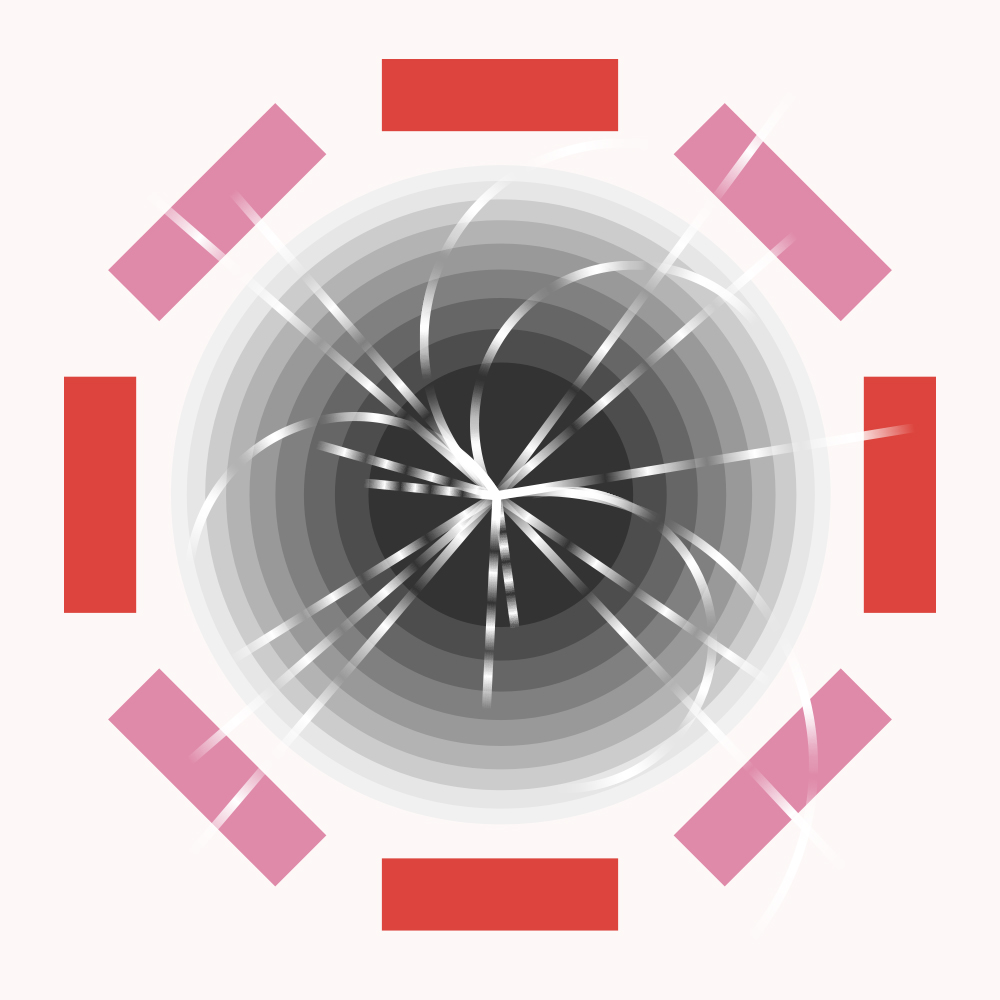 Using the Higgs boson as a new tool for discovery

The discovery of the Higgs boson in 2012 at the Large Hadron Collider at CERN opened a new door to understanding the universe. In 2016, the LHC produced roughly the same number of particle collisions that it did during all of its previous years of operation combined. At its current collision rate, it produces a Higgs boson about once per second.

While it will take time for the ATLAS and CMS experiment collaborations to digest this deluge of data, early results are already probing for any signs of unexpected Higgs boson behavior. In August, the ATLAS and CMS collaborations used data from the highest energy LHC collisions to “rediscover” the Higgs boson and confirm that it agrees with the predictions of the Standard Model of particle physics—so far. Deviations from the predictions would signal new physics beyond the Standard Model.

Since the LHC aims to continue running at its record pace for the next two years and more than double the delivered particle collisions to the experiments, this window to the universe is only beginning to open. The latest theoretical calculations of all of the major ways a Higgs boson can be produced and decay will enable rigorous new tests of the Standard Model.

US scientists are also ramping up efforts with their international partners to develop future upgrades for a High-Luminosity LHC that would provide 10 times the collisions and launch an era of high-precision Higgs-boson physics. Scientists have made significant progress this year in the development of more powerful superconducting magnets for the HL-LHC, including the production of a successful prototype that is currently the strongest accelerator magnet ever created. 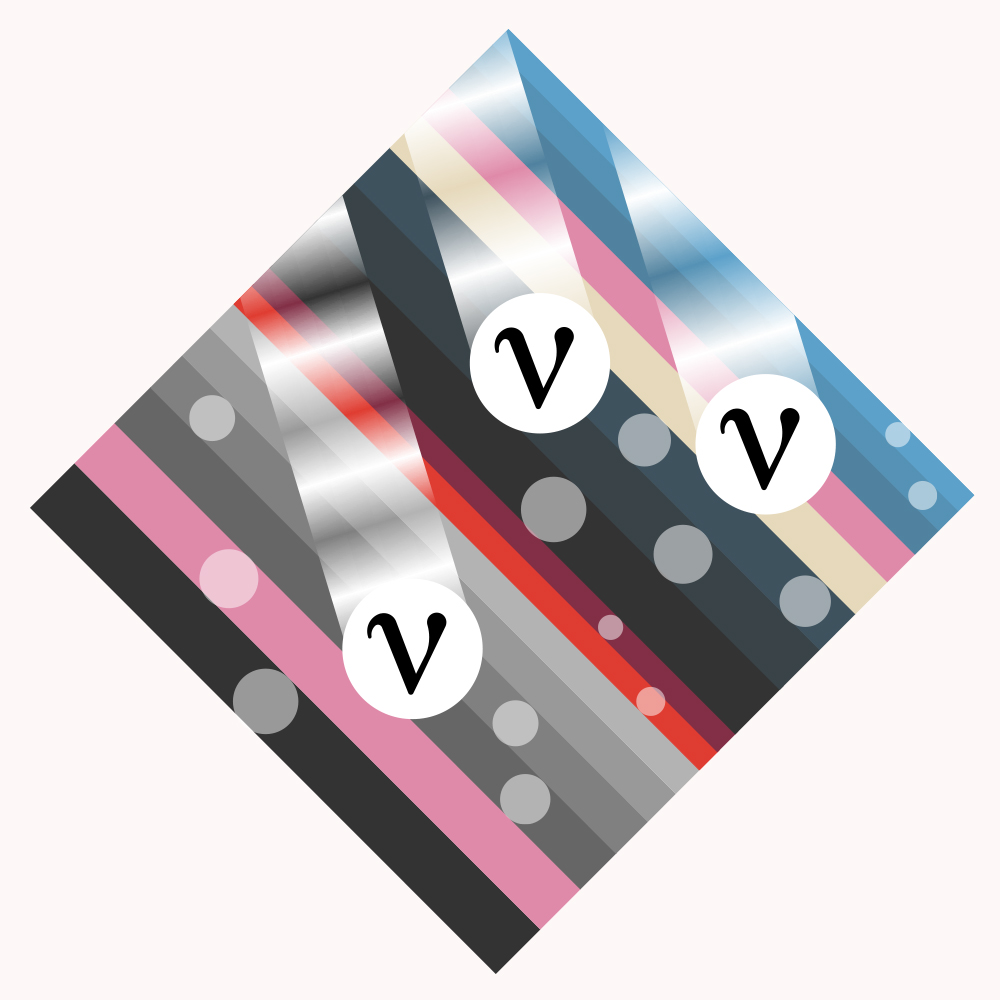 In 2016, several experiments continued to study ghostly neutrinos—particles so pervasive and aloof that 100 trillion of them pass through you each second. In the late ’90s and early ’00s, experiments in Japan and Canada found proof that these peculiar particles have some mass and that they can transform between types of neutrino as they travel.

A global program of experiments aims to address numerous remaining questions about neutrinos. Long-baseline experiments study the particles as they fly through the earth between Tokai and Kamioka in Japan or between Illinois and Minnesota in the US. These experiments aim to discern what masses neutrinos have and whether there are differences between the transformations of neutrinos and their antimatter partners, antineutrinos.

In July, the T2K experiment in Japan announced that their data showed a possible difference between the rate at which a muon neutrino turns into an electron neutrino and the rate at which a muon antineutrino turns into an electron antineutrino. The T2K data hint at a combination of neutrino properties that would also give the NOvA experiment in the US their most favorable chance of making a discovery about neutrinos in the next few years.

In China, construction is underway for the Jiangmen Underground Neutrino Observatory, which will investigate neutrino mass in an effort to determine which neutrino is the lightest.

In the longer term, particle physicists aim to definitively determine these answers by hosting the world-class Long-Baseline Neutrino Facility, which would send a high-intensity neutrino beam 800 miles from Illinois to South Dakota. There, the international Deep Underground Neutrino Experiment a mile beneath the surface would enable precision neutrino science. 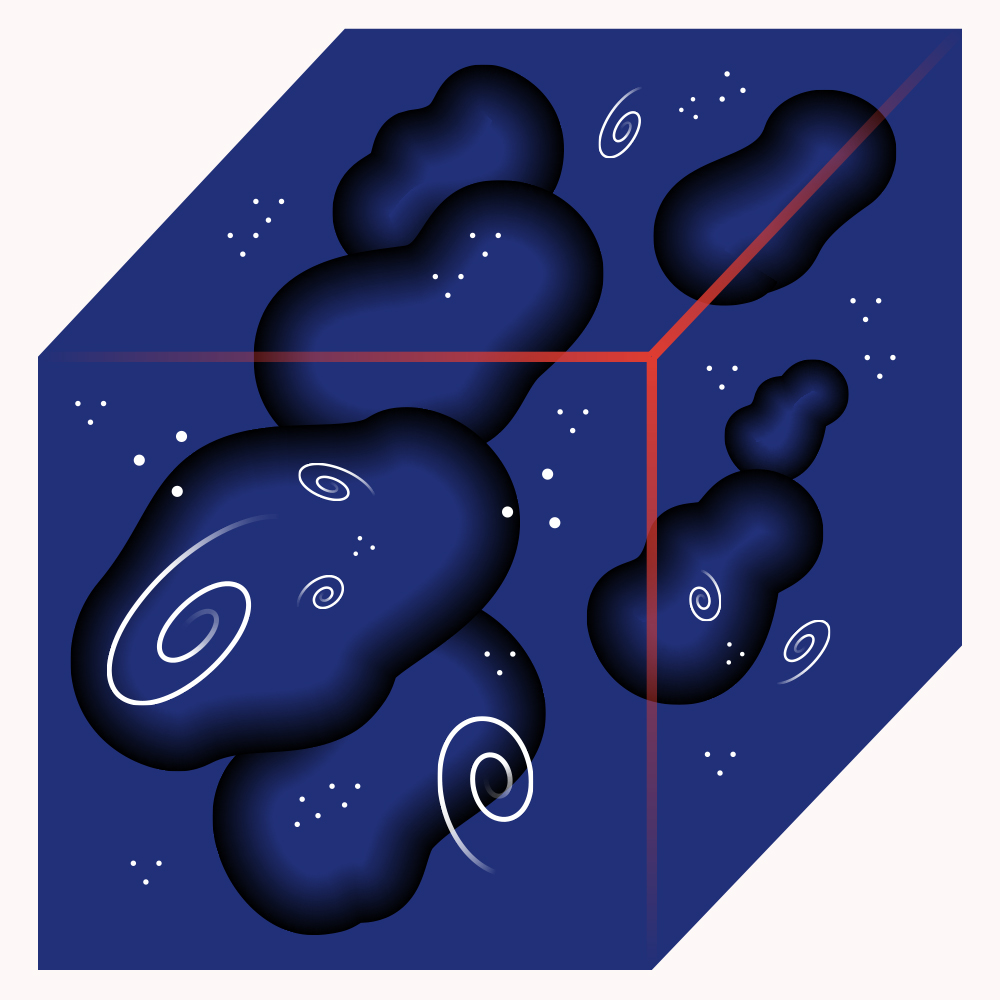 Overwhelming indirect evidence indicates that more than a quarter of the mass and energy in the observable universe is made up of an invisible substance called dark matter. But the nature of dark matter remains a mystery. Little is known about it other than that it interacts through gravity.

To guide the experimental search for dark matter, theorists have studied the possible interactions that known particles might have with a wide variety of potential dark matter candidates with possible masses ranging over more than a dozen orders of magnitude.

Huge sensitive detectors, such as the Large Underground Xenon, or LUX, experiment located a mile beneath the Black Hills of South Dakota, directly search for the dark matter particles that may be continually passing through Earth. This year, LUX completed the world’s most sensitive search for direct evidence of dark matter, improving upon its own previous world’s best search by a factor of four and narrowing the hiding space for an important class of theoretical dark matter particles.

In addition, data from the Fermi Gamma-ray Space Telescope and other facilities continued to tighten constraints on dark matter through indirect searches.

This sets the stage for a suite of complementary next-generation experiments—including LZ, SuperCDMS-SNOLAB and ADMX-G2 in the US—that aim to significantly improve sensitivity and reveal the nature of dark matter. 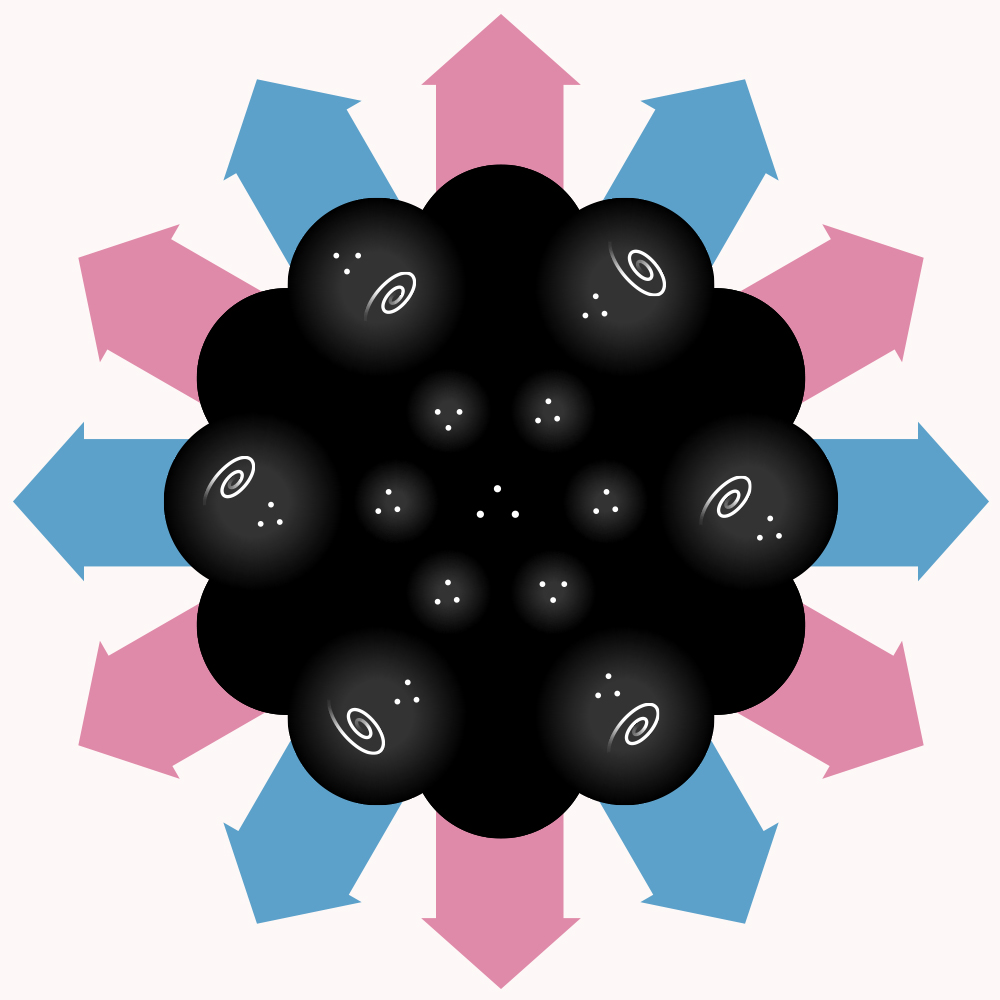 Particle physicists turn to the sky in their efforts investigate a different mystery: Our universe is expanding at an accelerating rate. Scientists seek to understand the nature of dark energy, responsible for overcoming the force of gravity and pushing our universe apart.

Large-scale, ground-based cosmic surveys aim to measure the long-term expansion history of the universe and improve our understanding of dark energy. This year, scientists on the Baryon Oscillation Spectroscopic Survey used their final data set, comprising 1.5 million galaxies and quasars, to make improved measurements of the cosmological scale of the universe and the rate of cosmic structure growth. These measurements will allow theorists to test and refine models that aim to explain the origin of the current era of cosmic acceleration.

Through efforts that include private sector partnerships and international collaborations, US physicists aim to rapidly usher in the era of precision cosmology—and shed light on dark energy—with the ongoing Dark Energy Survey and the upcoming Dark Energy Spectroscopic Instrument and Large Synoptic Survey Telescope.

Community efforts are also underway to develop a next-generation cosmic microwave background experiment, CMB-S4. Precision measurements from CMB-S4 will not only advance dark energy studies and provide cosmic constraints on neutrino properties, but offer a way to probe the early era of cosmic acceleration known as inflation, which occurred at energies far greater than can be achieved in an accelerator on Earth. 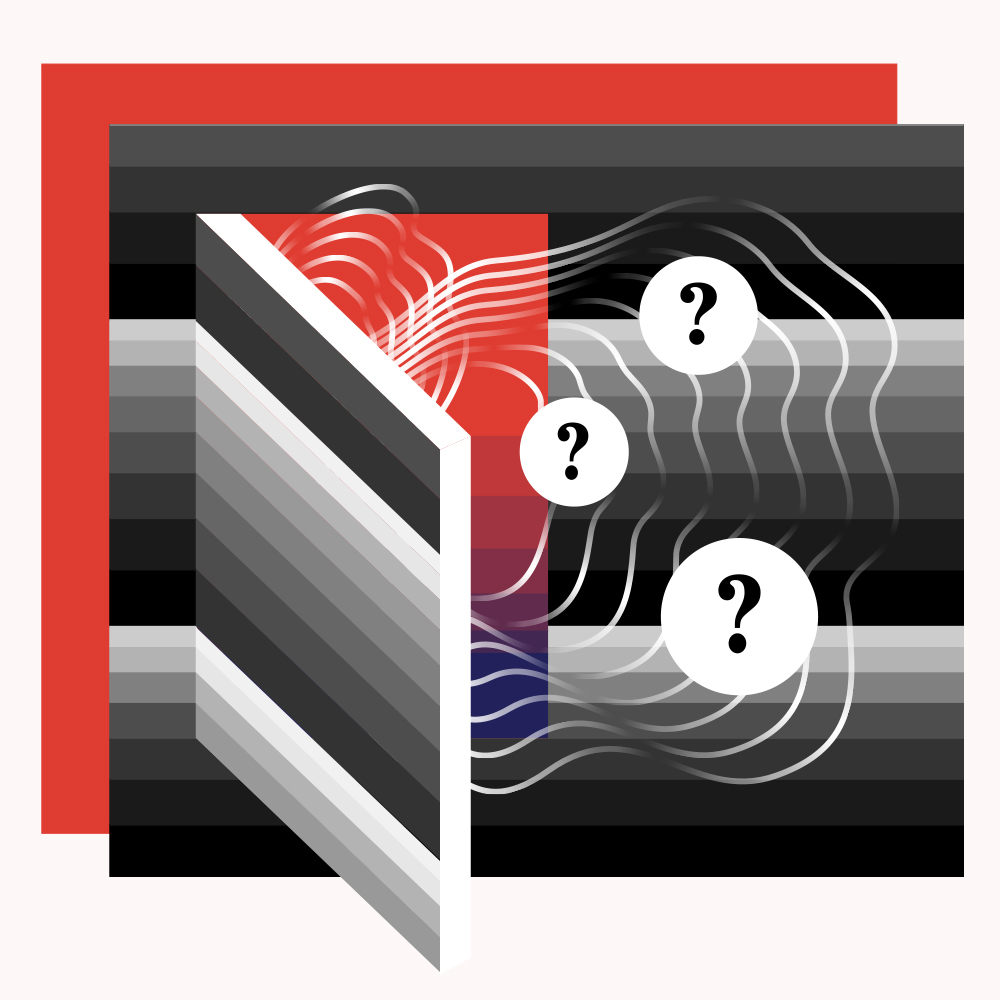 Oftentimes, results from an experiment show a hint of something new and unexpected, and scientists must design new technology to determine if what they’ve seen is real. But between 2015 and 2016, scientists at the LHC both raised and answered their own question.

In late 2015, LHC scientists found an unexpected bump in their data, a possible first hint of a new particle. Theorists were on the case; early in 2016 they laid the framework for possible interpretations of the data and explored how it might impact the Standard Model of particle physics. But in August, experimentalists had gathered enough new data to deem the hint a statistical fluctuation.

Stimulated by the discovery of pentaquark and tetraquark states, some theorists have predicted that bound states of four b quarks should soon be observable at the LHC.

Experimentalists continue to test theorists’ predictions against data by performing high-precision measurements or studying extremely rare particle decays at experiments such as the LHCb experiment at the LHC, the upcoming Belle II experiment in Japan and the Muon g-2 and Muon to Electron Conversion experiments at Fermi National Accelerator Laboratory. 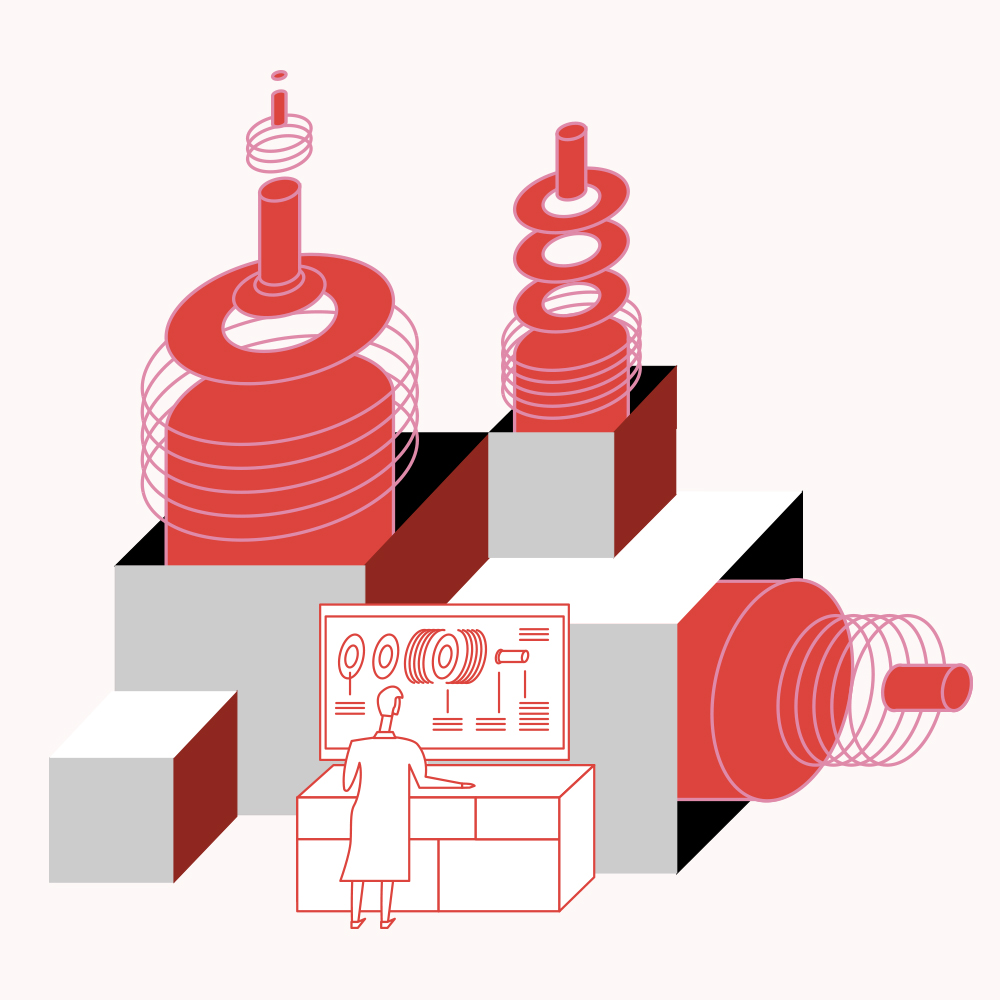 Investing in the future of discovery science

The world-class facilities and experiments that enable the global program of particle physics are built on a foundation of advanced technology. Ongoing research and development of particle accelerator and detector technology seed the long-term future prospects for discovery.

In 2016, scientists and engineers continued to make advances in particle accelerator technology to prepare to build next-generation machines and possible far-future facilities.

Advances in the efficiency of superconducting radio-frequency cavities will lead to cost savings in building and operating machines such as the Linac Coherent Light Source II. In February, researchers at the Berkeley Lab Laser Accelerator, or BELLA, demonstrated the first multi-stage accelerator based on “tabletop” laser-plasma technology. This key step is necessary to push toward far-future particle colliders that could be thousands of times shorter than conventional accelerators.

These results reflect only a small portion of the total scientific output of the particle physics community in 2016. The stage is set for exciting discoveries that will advance our understanding of the universe.