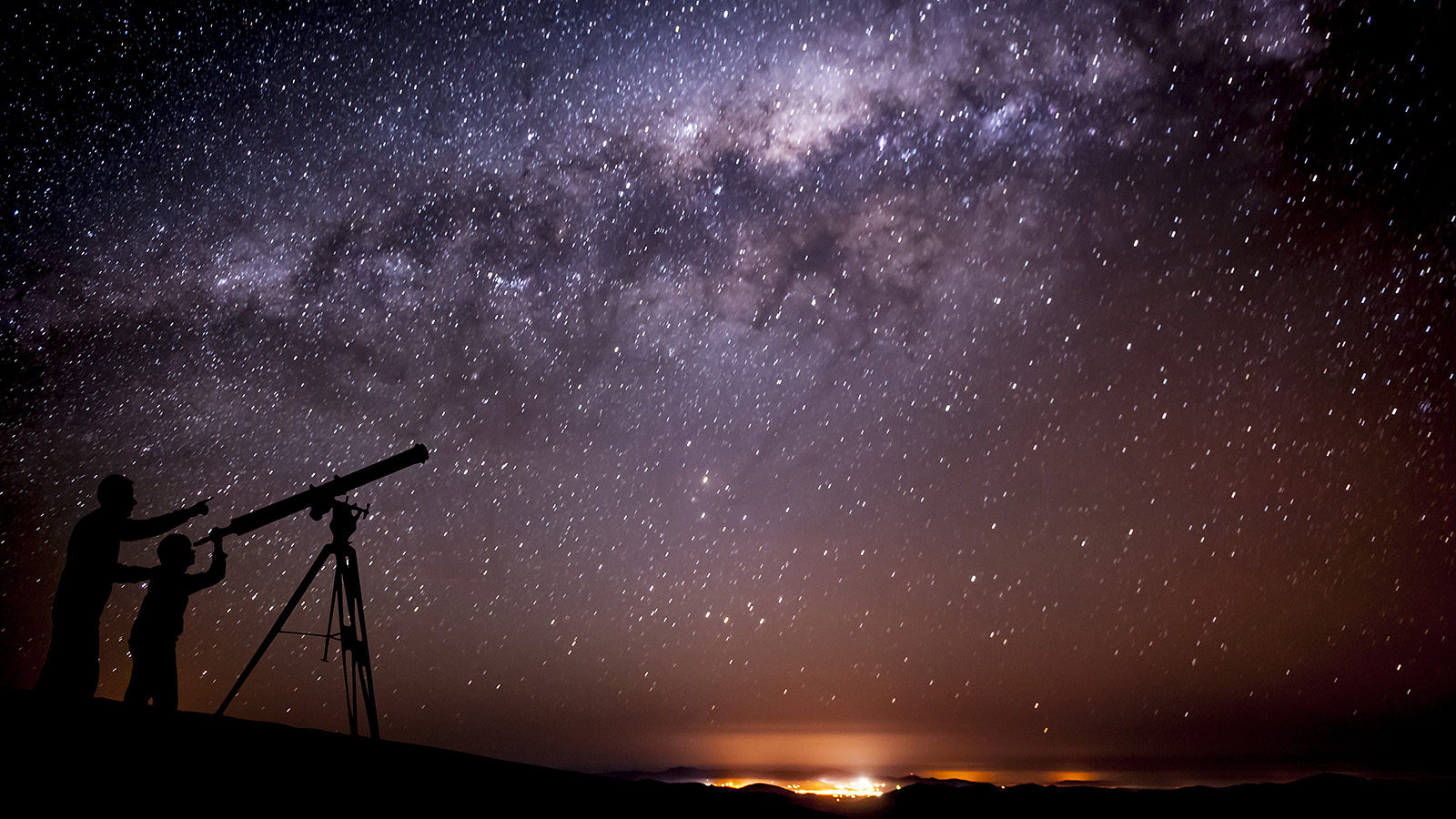 The center of our galaxy is a busy place. But it might be one of the best sites to hunt for dark matter.

When you look up at night, the Milky Way appears as a swarm of stars arranged in a misty white band across the sky.

But from an outside perspective, our galaxy looks more like a disc, with spiral arms of stars reaching out into the universe. At the center of this disc is a small region around which the entire pinwheel of our galaxy rotates, a region packed with exotic astronomical phenomena ranging from dark matter and newborn stars to a supermassive black hole. Astronomers call this region of the Milky Way the galactic center.

It’s a strange neighborhood, and scientists have reason to believe it’s one of the best places to hunt for dark matter. 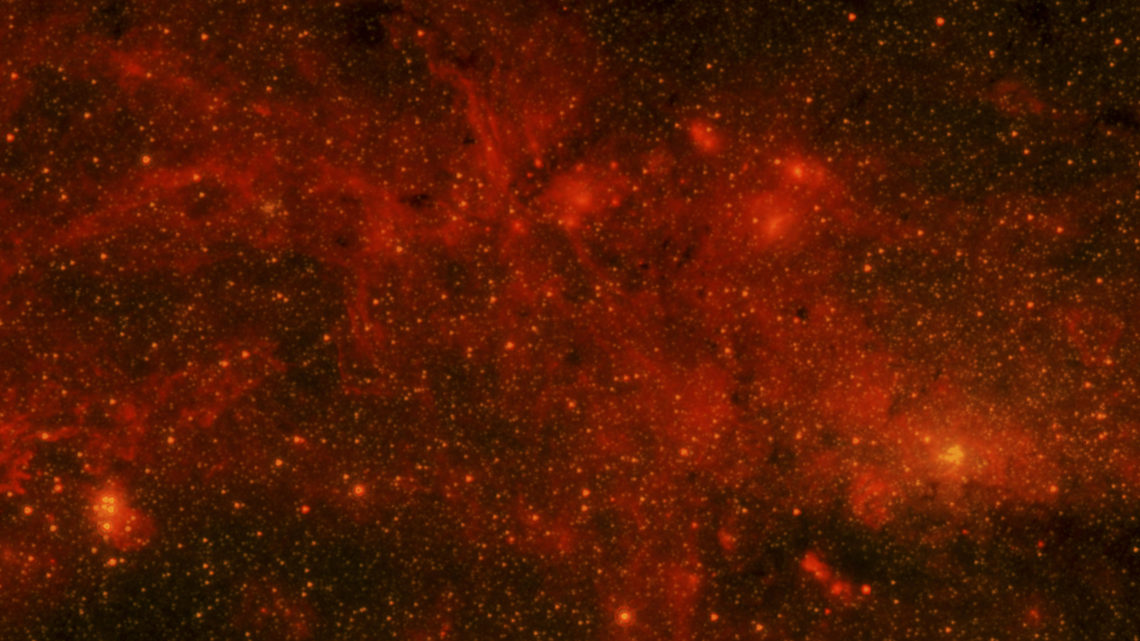 The Spitzer Space Telescope provides an infrared view of the galactic center region.

Phenomena in our galaxy’s heart

In the ’70s, scientists hypothesized that a supermassive black hole might be lurking in the center of the Milky Way. Black holes are points of space-time where gravity is so strong that not even light can escape.

After decades of trying to indirectly identify the mysterious object in the galactic center by tracing the orbits of stars and gas, astronomers were finally able to calculate its mass in 2008. It weighed more than 4 million times as much as the sun, making it a prime supermassive black hole candidate.

About 10 percent of all new star formation in the galaxy occurs in the galactic center. This is strange because local conditions produce an extreme environment in which it should be difficult for stars to form.

Scientists believe that at least some of the new stars being formed should explode and transform into pulsars, but they aren’t seeing any. Pulsars emit a regular pulsating signal, like a lighthouse. One early explanation for the apparent lack of pulsars in the galactic center was that the magnetic fields there could be bending their radio waves on their way to us, hiding their pulsating signals. But recently scientists measured the strength of the fields and realized the bending was much less than they had anticipated. The mystery of the missing pulsars remains unsolved.

The galactic center also has a notably high concentration of cosmic rays, high-energy charged particles that hurtle through outer space. Scientists still don’t understand where these particles come from or how they reach such intense energies. 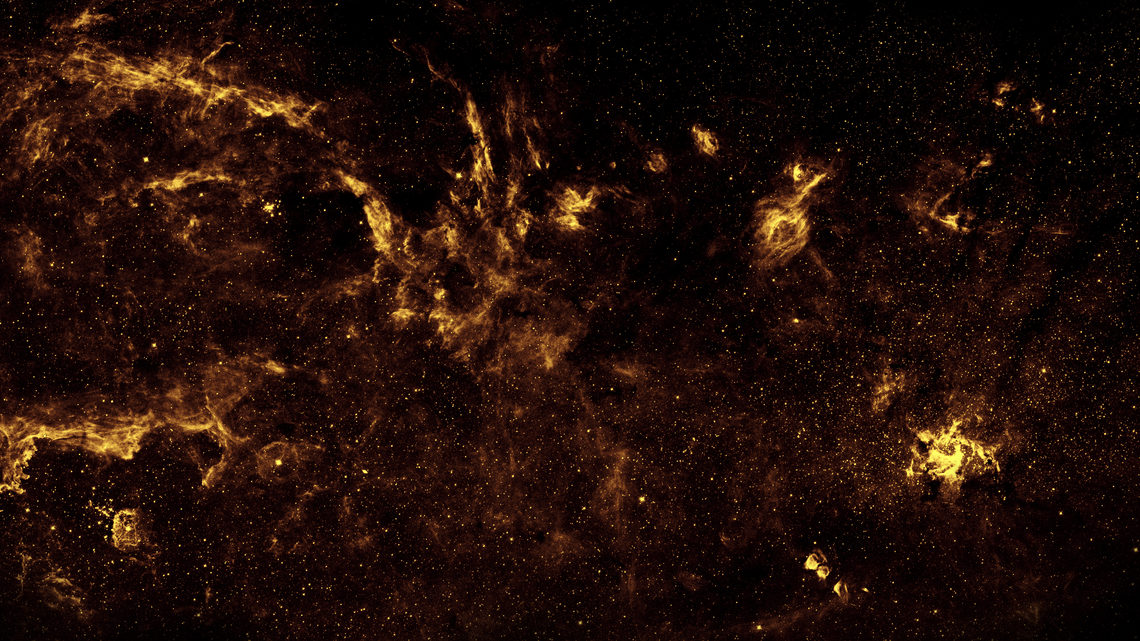 The Hubble Space Telescope, though better known for its visible light images, also captured an infrared light picture of the galactic center (the bright patch in the lower right).

We know that the Milky Way is rotating because when we look along it, we see some stars moving towards us and some stars moving away. But the speed at which our galaxy rotates is faster than it should be for the amount of matter we can see.

This leads scientists to believe that there is matter located in the center of our galaxy that we cannot see. Despite all of the other stuff going on there, this makes the inner galaxy the perfect hunting ground for this “dark matter,” an invisible substance that makes up most of the matter in the universe.

Scientists looking for dark matter take advantage of the fact that it likely interacts with itself. Researchers predict that when dark matter particles run into each other, they annihilate. They believe that this might produce a distinctive spectrum of gamma rays.

To determine whether this excess is a dark matter signal, scientists are looking for similar signatures elsewhere in the universe, in places like dwarf galaxies. These small galaxies are cleaner places to look for dark matter with a lot less going on, but the trade-off is that they do not produce as much gamma radiation. 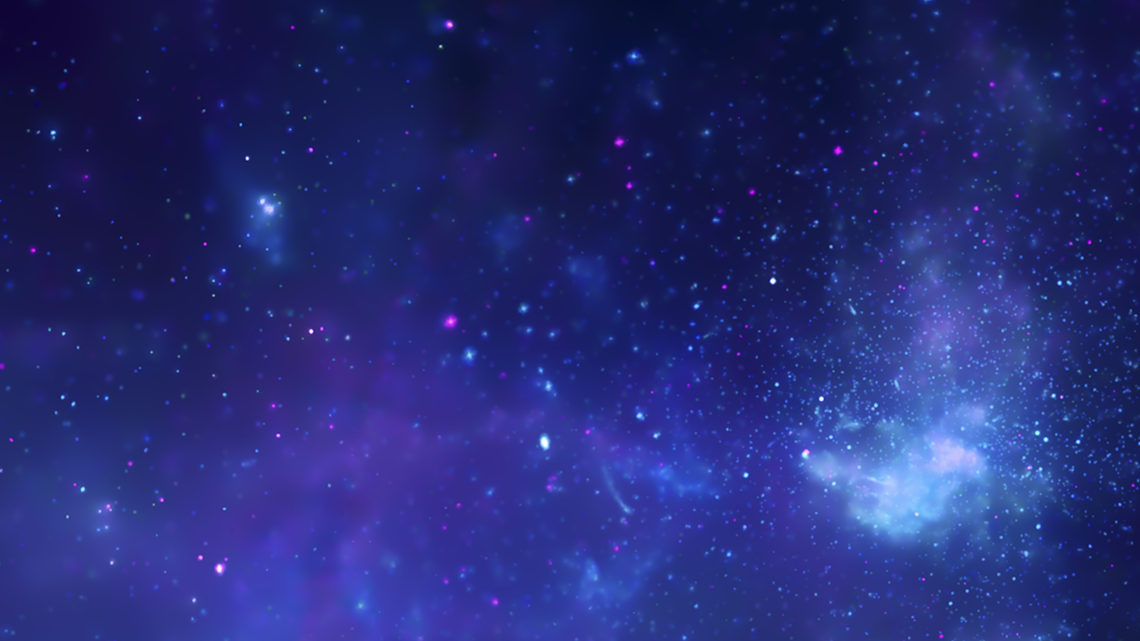 Peering into the galactic center

Imaging Atmospheric Cherenkov Telescopes are ground-based detectors that scientists use to study gamma rays from the air showers they create when they smash into our atmosphere. The High Energy Stereoscopic System, or HESS, is the world’s largest Cherenkov telescope array and is located in Namibia.

The Fermi Gamma-ray Space Telescope is another observatory scientists use to investigate the galactic center. This is a satellite-based telescope that maps the whole sky at gamma-ray wavelengths. Since its launch in 2008, Fermi has been an important tool in probing the contents of the inner galaxy, from dark matter to pulsars to black holes.

The longer these instruments collect data, the closer we get to figuring out dark matter and untangling the mess of marvels at the heart of our galaxy.