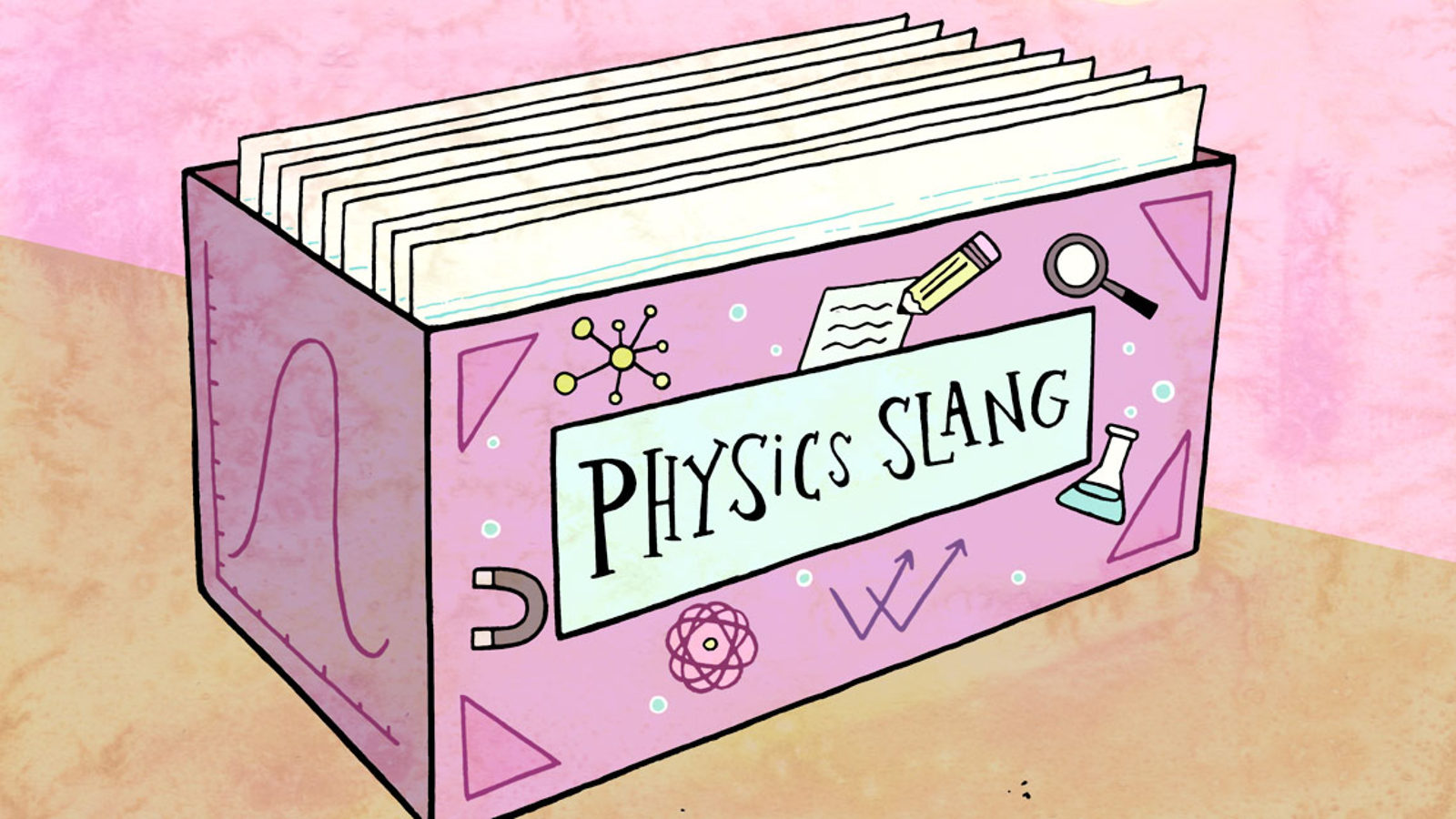 Word fans, rejoice! Symmetry is back with another list of 10 common words that take on a new meaning when spoken by scientists. Check out the first and second lists, then take these physics words for a spin, too: 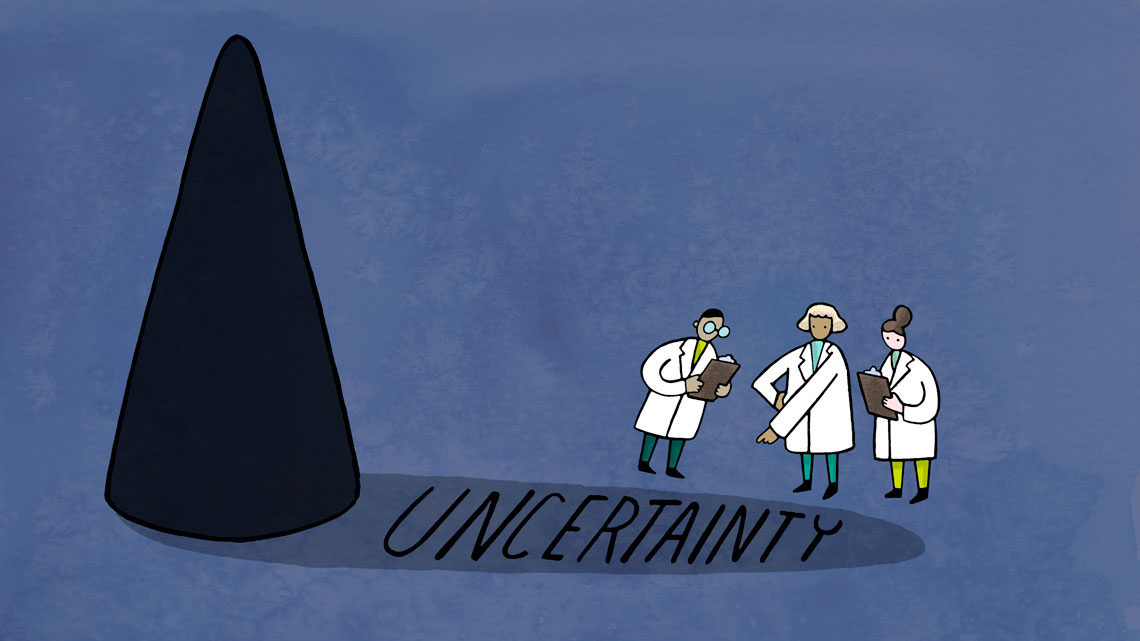 A person talking about how uncertain they are might seem less than confident, but for scientists, it can be quite the opposite. Providing the measure of uncertainty gives context to how well something is known. Every measurement has some degree of error, and there’s natural variability to experimental results even without human intervention. It’s only after scientists establish the uncertainties in a mathematical way that they can see how a result compares to a numerical prediction or a previous measurement. 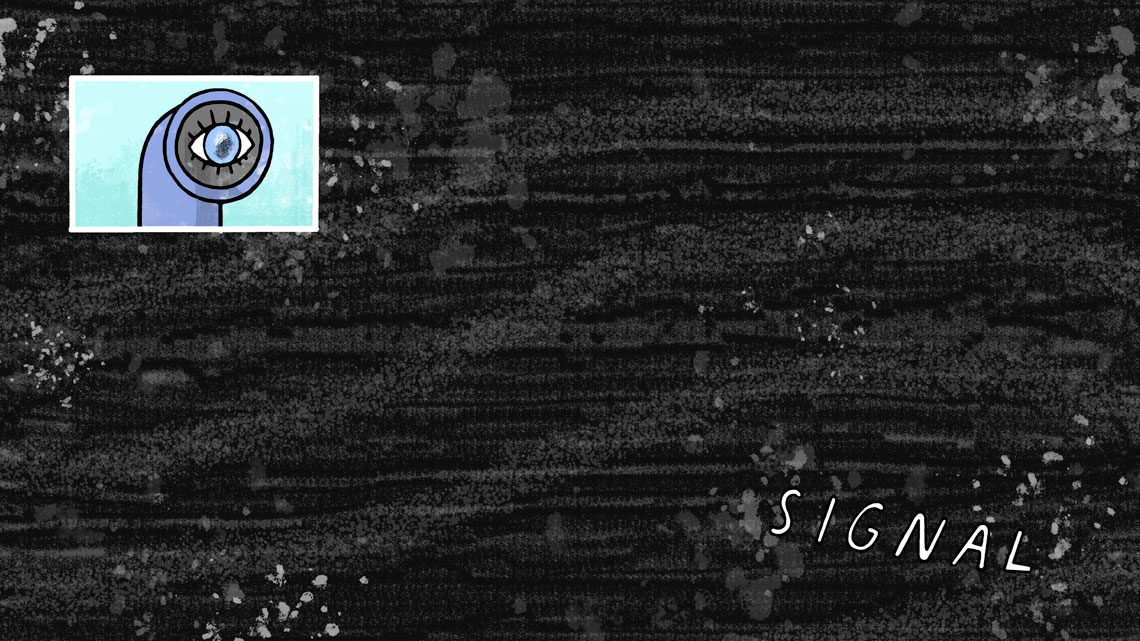 The word “signal” might make you think of a gesture or preparing to make a turn in a car. In physics, a signal is the data coming from an expected source—the process or event that scientists are trying to capture. Experiments looking for rare, faint signals (such as the decay of a single proton or the minuscule deposit of energy from a dark matter particle) take great pains to understand, reduce or eliminate anything that could provide a false signal. 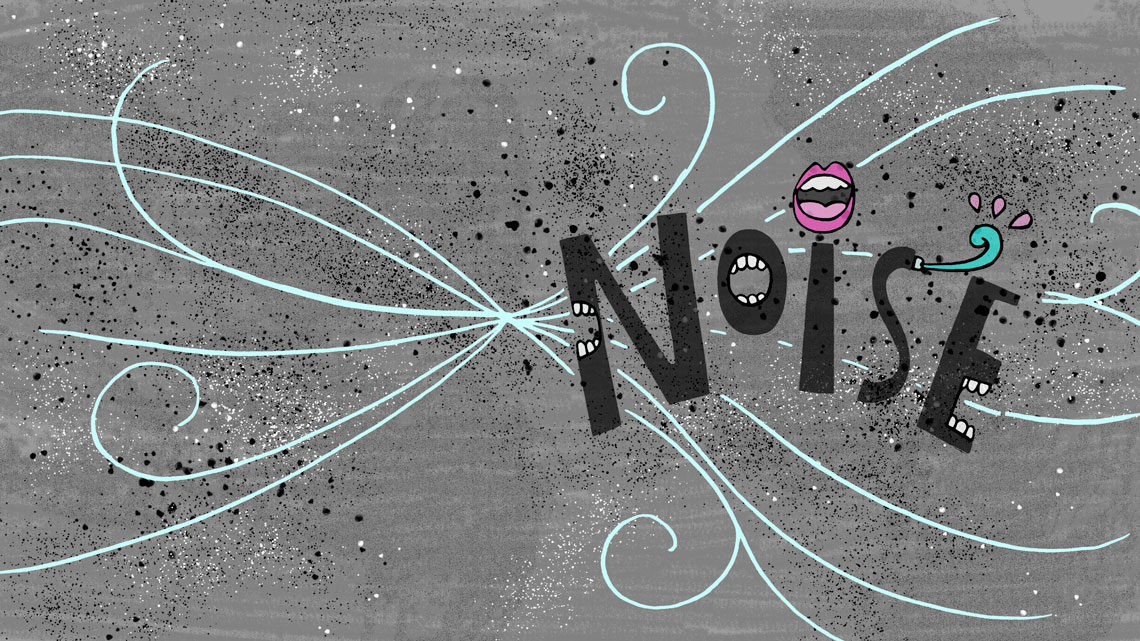 You probably don’t want a bunch of noise when you’re trying to hear a particular sound—and physicists don’t want a bunch of noise when they are searching for a particular signal. Noise is the unwanted data that can be captured along with—and sometimes obscure—the signal a scientist is looking for. This distracting background can come from things like fluctuations in electronics or processes near an experiment such as everyday radioactive decay of materials or collisions of cosmic rays with the atmosphere. For experiments to work, the signal has to rise above the noise so that scientists can detect it. 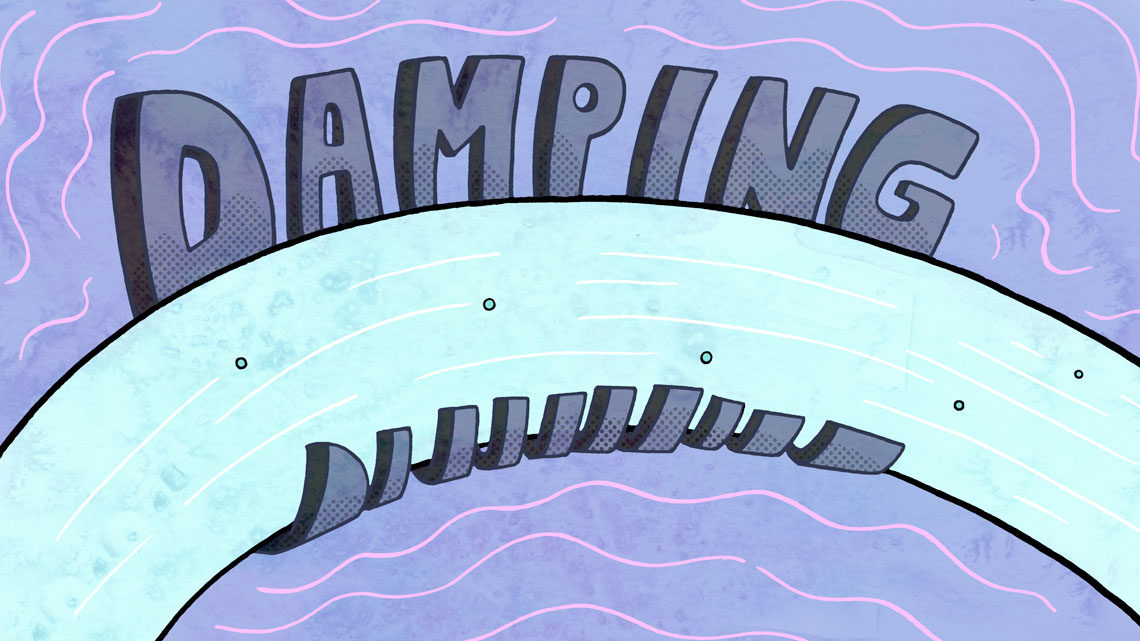 Not to be confused with making something wet, damping in physics is associated with reducing vibrations or oscillations. This is particularly important in particle accelerators, where bunches of particles, like boats on a lake, can leave wakes behind them. These wakes make passage trickier for the next bunch of particles. Using mechanical dampers can reduce the wake and improve how well an accelerator performs. 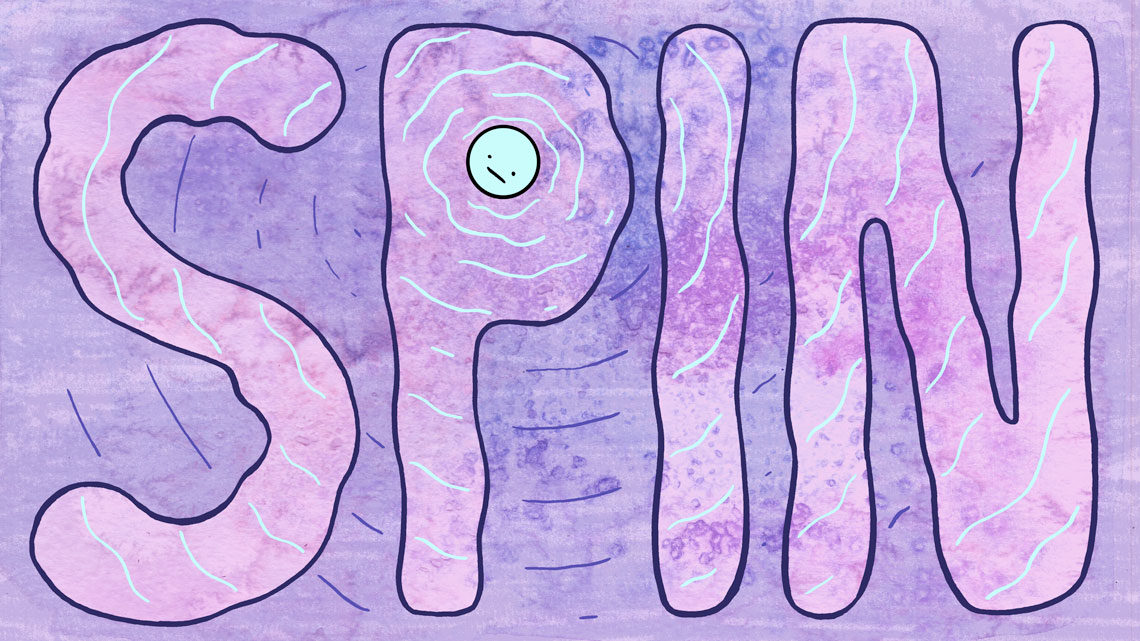 It’s easy to imagine a spinning planet, ballerina or top. Physicists also use the term “spin,” but in a different way: to describe the properties of particles. In particular, physicists discovered that, at the quantum mechanical level, particles have an intrinsic property that is like a permanent rotation, even when a particle has zero diameter and is considered a point-like object that can’t be described as rotating. Thus spin is used to describe an effect, not the way that effect is actually generated. 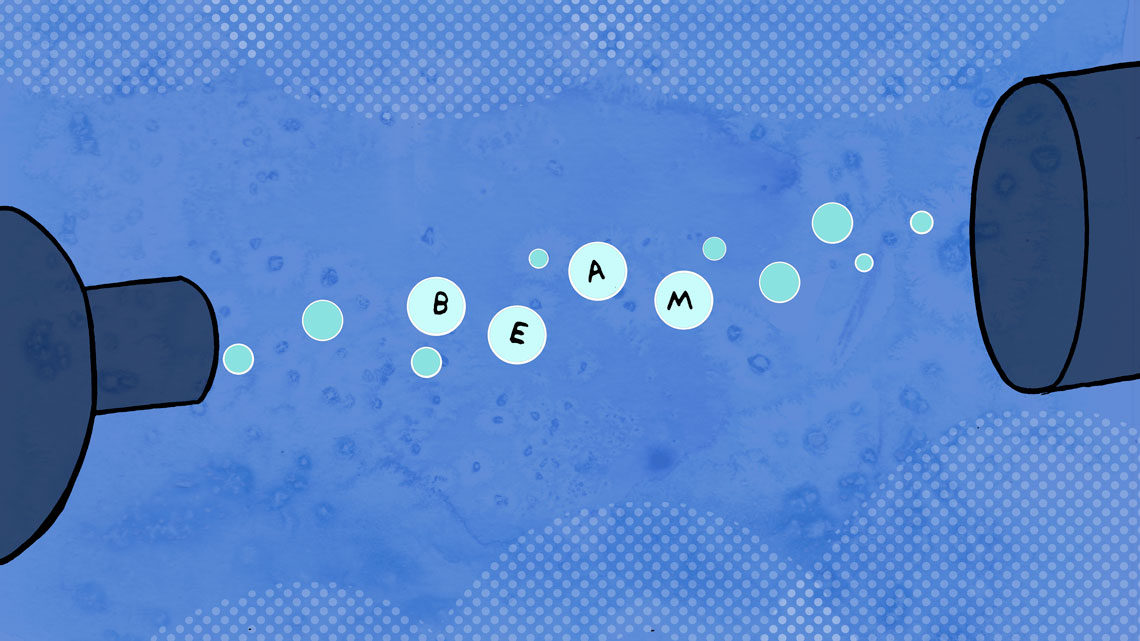 It’s not a steel girder or a toothy smile—a beam is a focused stream of particles. Beams are created by particle accelerators and can be made of different kinds of particles, such as protons, electrons, neutrons, ions or neutrinos. These concentrated torrents of particles can be manipulated, studied in physics experiments or crashed into targets to create other kinds of particles. 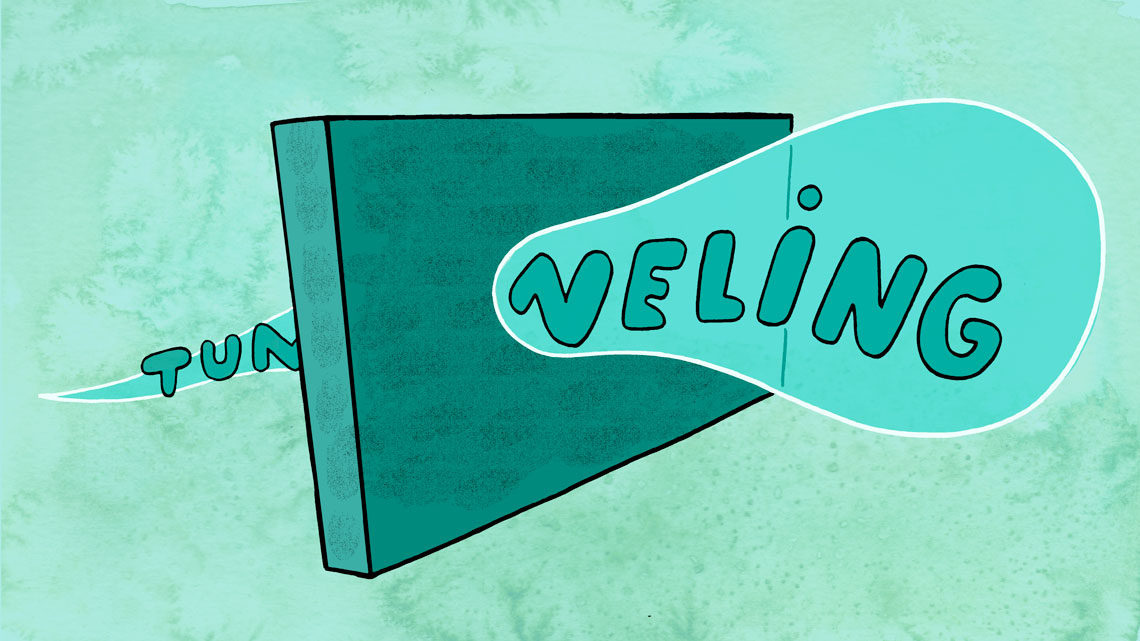 For physicists, tunneling isn’t about the habits of moles or carving away mountains to make room for roads. Quantum tunneling is instead a phenomenon in which a particle can pass through a barrier it normally wouldn’t be able to cross. It’s a result of quantum mechanics, the strange way that things can act differently at the smallest scales than they do at the larger scales that we’re used to. Quantum tunneling occurs, for example, during radioactive decay when a particle escapes the nucleus of an atom. 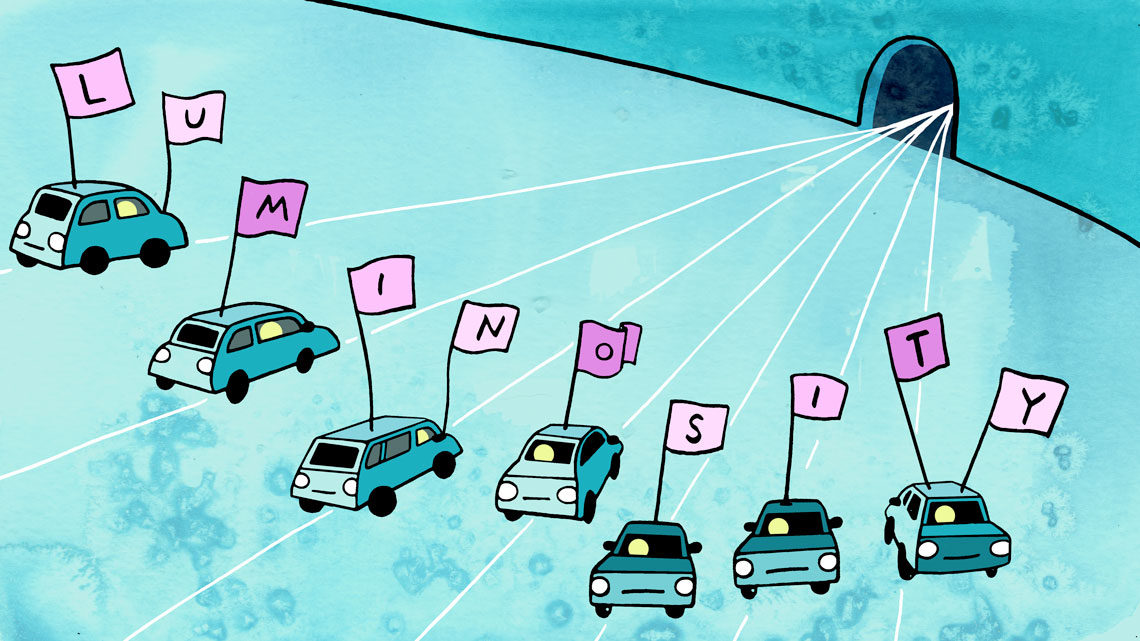 You might think of luminosity as how much light something emits. In astrophysics, this is pretty close: Luminosity is how much energy a celestial object like a star emits in a certain amount of time. But luminosity is also a term in collider physics, where it describes how many particles will pass through a certain point—say, the heart of a detector where the particle collisions happen. Higher luminosity means more particle collisions and a higher chance for making discoveries. 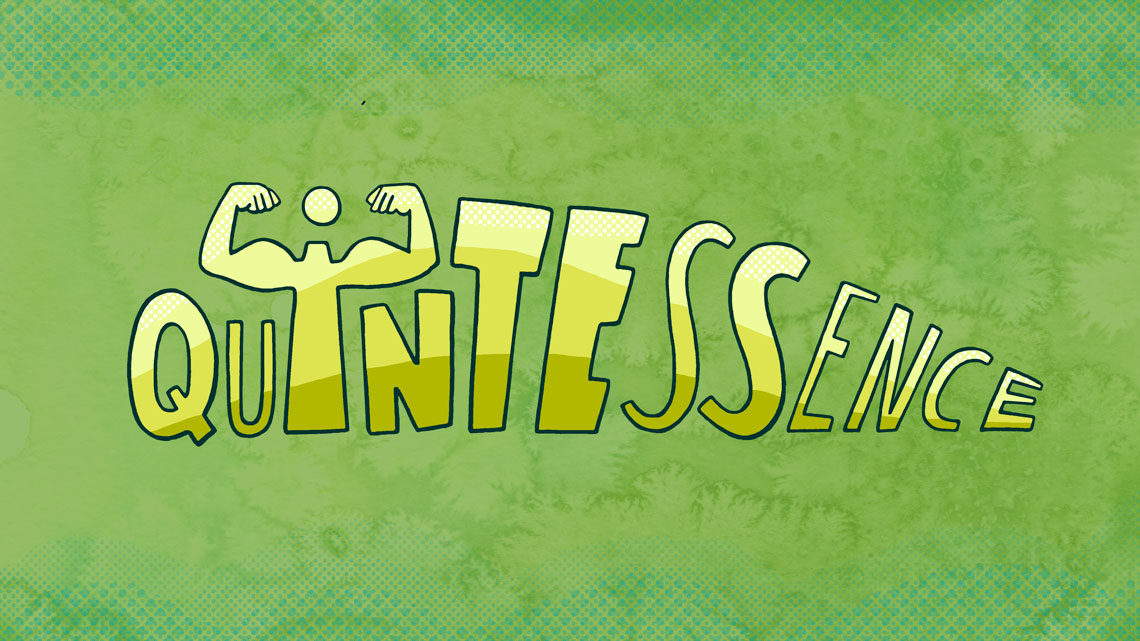 “Quintessence” refers to a perfect example or the essence of something. But you also can find it in physics papers about the expansion of the universe. Dark energy is the mysterious force thought to be driving the expansion of our universe, defying the pull of gravity at an ever-growing rate. Scientists use the term quintessence to discuss the theoretical idea of an evolving type of dark energy that would change strength over time. 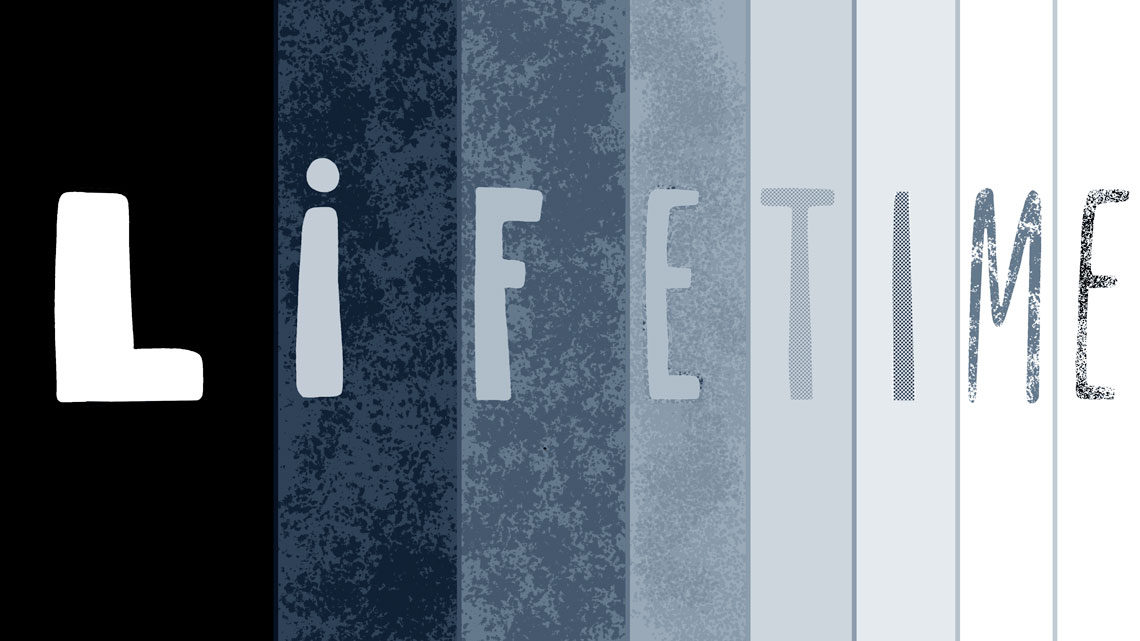 To us humans, a lifetime is—if we’re lucky—about 90 years. For particles, it’s another story. The lifetime of a particle is based on how long it takes to decay, or transform into other (typically lighter) particles. Those that decay quickly have lifetimes of slivers of a second. Higgs bosons, for example, only can expect to hang around for about 1.6 x 10-22 seconds. Other particles, such as protons, are incredibly long-lived. It’s unknown whether protons decay at all. If they do, they have a lifetime that is longer than the entire history of our universe so far. But that doesn’t mean that all protons necessarily live that long. Experiments could record evidence for the decay of a single proton on any day, revolutionizing our understanding of the building blocks of matter. 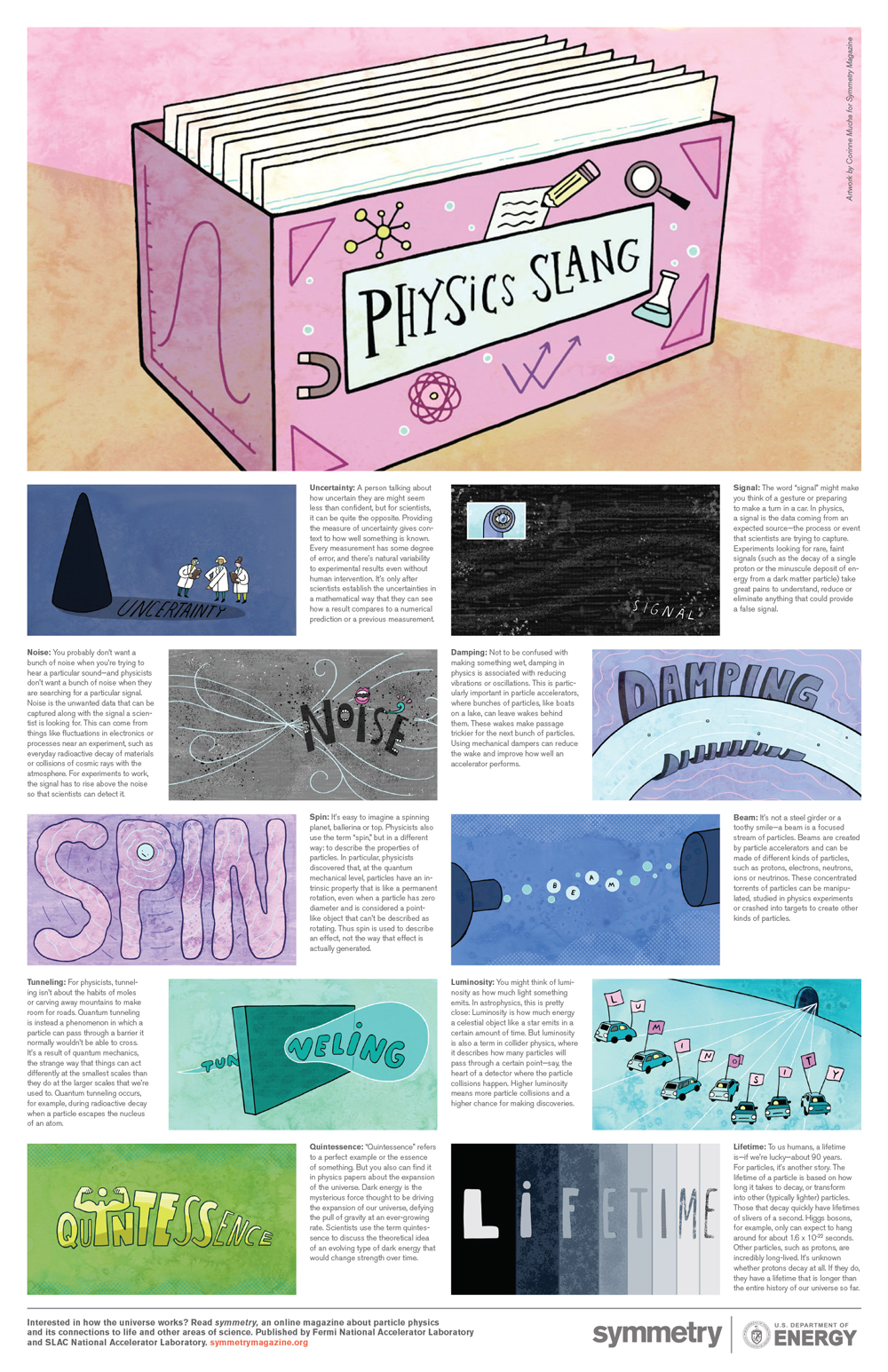 Download the Poster (PDF)
Artwork by Sandbox Studio, Chicago with Corinne Mucha
Follow
Use your browser’s print dialog box to create a pdf.