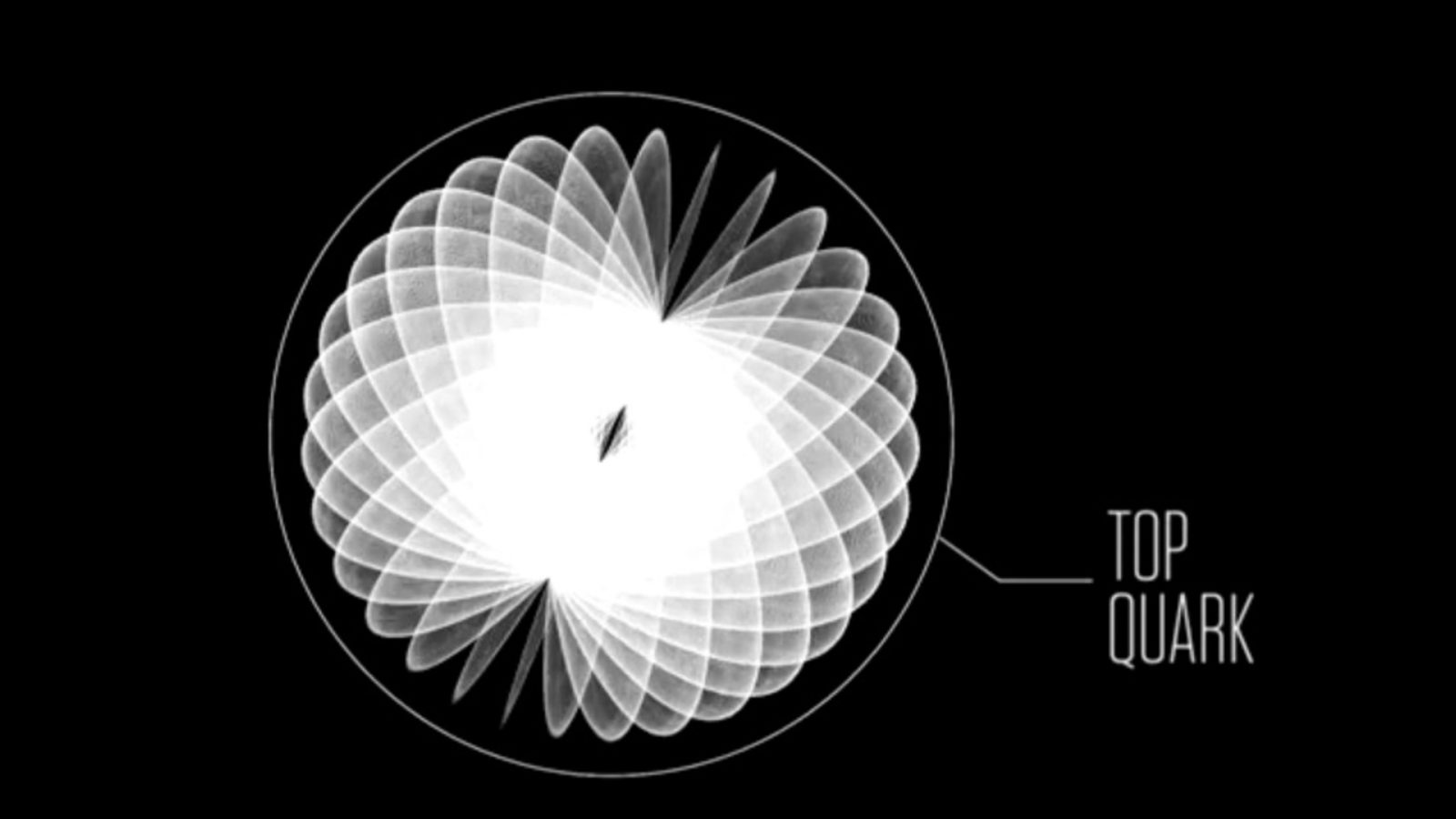 Particle physics is a source of inspiration. With its grand yet simple questions—What is the universe made of? How does it work? Why is it like that?—it inspires people to dream big and ask fundamental questions.

It can also be an inspiration for artists.

In “Collision,” a contest organized by the ARC Centre of Excellence for Particle Physics at the Terascale, 22 artists (including a few moonlighting physicists) from around the world submitted artwork depicting “new physics.”

New physics, a general term for any phenomenon that’s not explained by the Standard Model of particle physics, is something that’s on the minds of many particle physicists these days. Many experimental observations cannot be explained by the Standard Model. This includes the discovery that dark matter and dark energy make up the majority of our universe, that particles called neutrinos shapeshift from one variety to another, and that almost all of the antimatter that should have filled half of our universe after the big bang seems to have disappeared. And particle physicists expect that there’s much that remains to be discovered in the realm of new physics.

In watercolor, video animation and everything in between, these artists depicted new-physics concepts including as-yet-undiscovered particles and fields, the search for the Higgs boson, and investigations of dark matter. From the nearly two dozen entries, three winners emerged.

In the general category, Saeed Salimpour, who is now studying astronomy and astrophysics after receiving an undergraduate degree in design, won for his video “The Geometry of Fundamental Particles.” (A still from the video is shown above.)

Salimpour, who also volunteers as a science educator at the Ballarat Observatory in Australia, says he has always been interested in making complex science accessible to the general public and showing people the beauty of physics and mathematics. His video depicts a series of geometric shapes representing fundamental particles. The video’s manipulation of these shapes gives rise to symmetrical yet complex structures, an idea with parallels on the smallest scales of our universe.

In the “under 20” category, Pagan Metcalf, who is studying Multimedia and Digital art, won for her depiction of the Large Hadron Collider. The work shows a neon-like schematic of the accelerators at CERN, Europe’s largest physics lab, with the words “…the answers are waiting to be discovered” inside the Large Hadron Collider ring. Metcalf says she hopes the work expresses “all the different and wonderful things discovered from its experiments and the more, I'm sure, [that] are waiting to be found.” 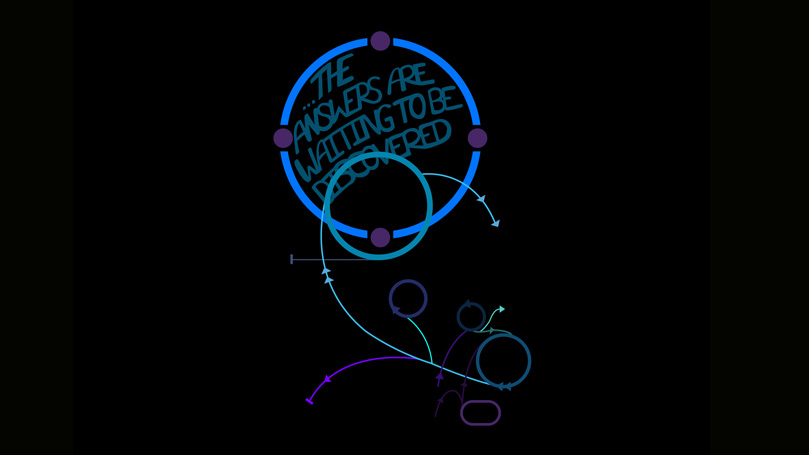 In the “people’s choice” category, 15-year-old Nimrah Zia won for “We have found the Higgs boson,” a painting of an eye with an event display showing a Higgs boson inside the pupil. Zia, a high school student in Melbourne, Australia, says she found out about the competition from her sister, who is currently studying physics. 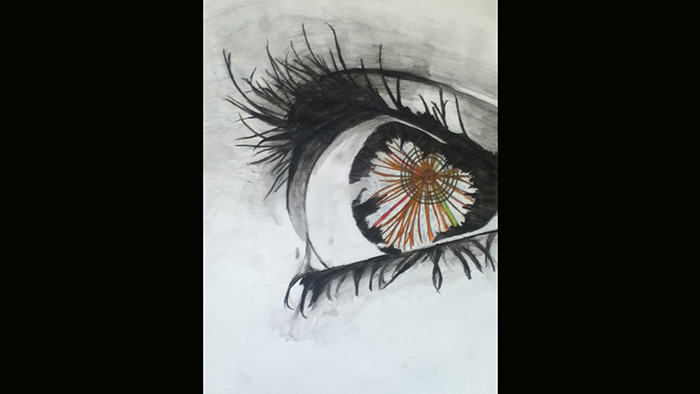 Contest organizer Caroline Hamilton says she’s quite pleased with the level of physics knowledge and artistic talent demonstrated in this year’s entries.

“I love the dual nature of the competition, how it sees artists and media-makers engage with new physics and then come up with a way to represent it visually,” she says. “Similarly, physicists who entered had to think about artistic ways of explaining what they do every day. It’s great seeing what happens when you juxtapose physics with art.”