Before Hitomi died, it sent X-ray data that could explain why galaxy clusters form far fewer stars than expected. 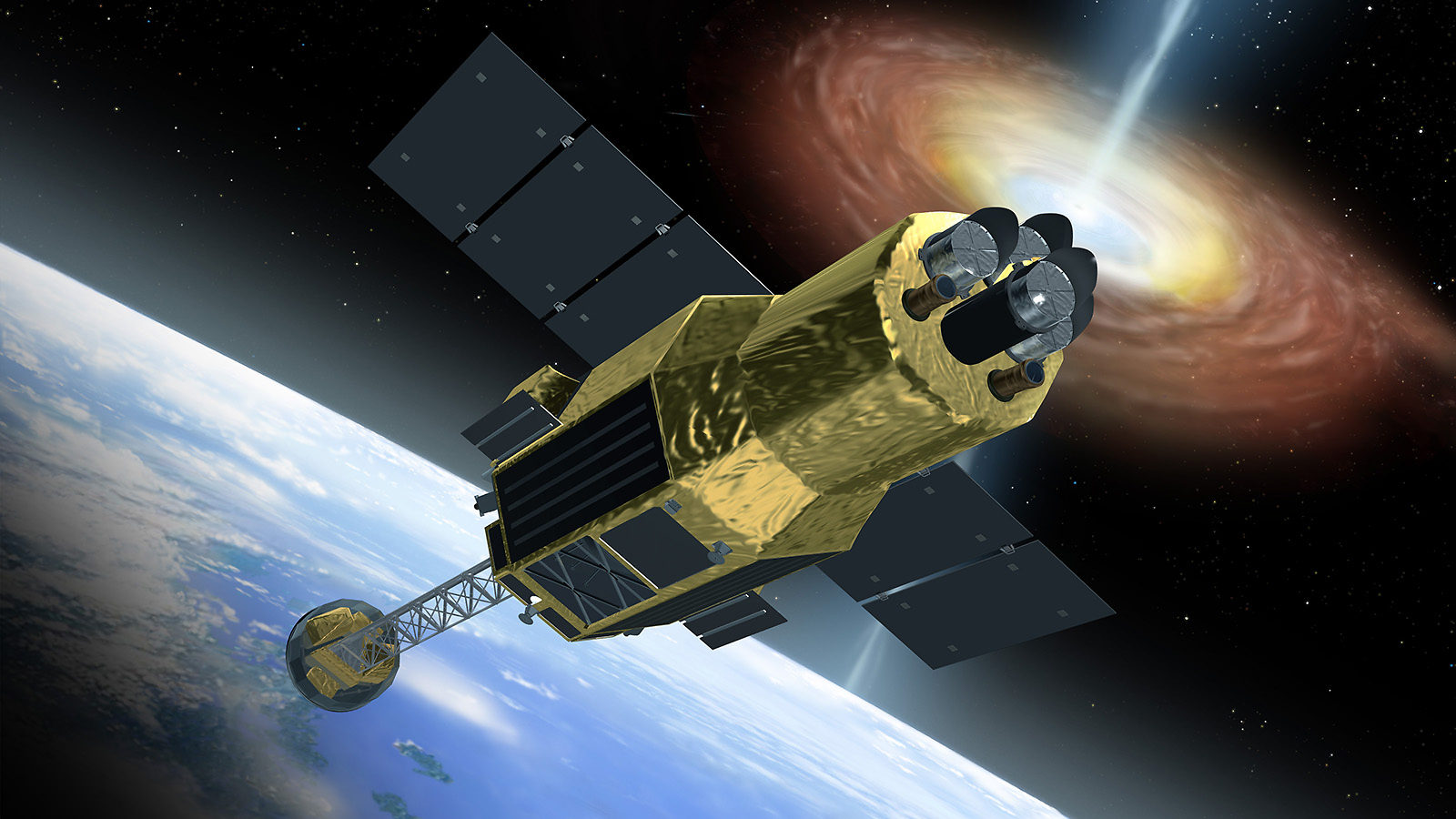 Working with information sent from the Japanese Hitomi satellite, an international team of researchers has obtained the first views of a supermassive black hole stirring hot gas at the heart of a galaxy cluster. These motions could explain why galaxy clusters form far fewer stars than expected.

The data, published today in Nature, were recorded with the X-ray satellite during its first month in space earlier this year, just before it spun out of control and disintegrated due to a chain of technical malfunctions.

“Being able to measure gas motions is a major advance in understanding the dynamic behavior of galaxy clusters and its ties to cosmic evolution,” said study co-author Irina Zhuravleva, a postdoctoral researcher at the Kavli Institute for Particle Astrophysics and Cosmology. “Although the Hitomi mission ended tragically after a very short period of time, it’s fair to say that it has opened a new chapter in X-ray astronomy.” KIPAC is a joint institute of Stanford University and the Department of Energy’s SLAC National Accelerator Laboratory.

Galaxy clusters, which consist of hundreds to thousands of individual galaxies held together by gravity, also contain large amounts of gas. Over time, the gas should cool down and clump together to form stars. Yet there is very little star formation in galaxy clusters, and until now scientists were not sure why.

“We already knew that supermassive black holes, which are found at the center of all galaxy clusters and are tens of billions of times more massive than the sun, could play a major role in keeping the gas from cooling by somehow injecting energy into it,” said Norbert Werner, a research associate at KIPAC involved in the data analysis. “Now we understand this mechanism better and see that there is just the right amount of stirring motion to produce enough heat.”

About 15 percent of the mass of galaxy clusters is gas that is so hot – tens of millions of degrees Fahrenheit – that it shines in bright X-rays. In their study, the Hitomi researchers looked at the Perseus cluster, one of the most massive astronomical objects and the brightest in the X-ray sky.

Other space missions before Hitomi, including NASA’s Chandra X-ray Observatory, had taken precise X-ray images of the Perseus cluster. These snapshots revealed how giant bubbles of ultrahot, ionized gas, or plasma, rise from the central supermassive black hole as it catapults streams of particles tens of thousands of light-years into space. At the same time, streaks of cold gas appear to be pulled away from the center of the galaxy cluster, according to additional images of visible light. Until now, it has been unclear whether these two actions were connected.

To find out, the researchers pointed one of Hitomi’s instruments – the soft X-ray spectrometer (SXS) – at the center of the Perseus cluster and analyzed its X-ray emissions.

“Since the SXS had 30 times better energy resolution than the instruments of previous missions, we were able to resolve details of the X-ray signals that weren’t accessible before,” said co-principal investigator Steve Allen, a professor of physics at Stanford and of particle physics and astrophysics at SLAC. “These new details resulted in the very first velocity map of the cluster center, showing the speed and turbulence of the hot gas.”

By superimposing this map onto the other images, the researchers were able to link the observed motions of the cold gas to the hot plasma bubbles.

According to the data, the rising plasma bubbles drag cold gas away from the cluster center. Researchers see this in the form of stretched filaments in the optical images. The bubbles also transfer energy to the gas, which causes turbulence, Zhuravleva said.

“In a way, the bubbles are like spoons that stir milk into a cup of coffee and cause eddies,” she said. “The turbulence heats the gas, and it appears that this is enough to work against star formation in the cluster.”

Astrophysicists can use the new information to fine-tune models that describe how galaxy clusters change over time.

One important factor in these models is the mass of galaxy clusters, which researchers typically calculate from the gas pressure in the cluster. However, motions cause additional pressure, and before this study it was unclear if the calculations need to be corrected for turbulent gas.

“Although the motions heat the gas at the center of the Perseus cluster, their speed is only about 100 miles per second, which is surprisingly slow considering how disturbed the region looks in X-ray images,” said co-principal investigator Roger Blandford, the Luke Blossom Professor of Physics at Stanford and a professor for particle physics and astrophysics at SLAC. “One consequence is that corrections for these motions are only very small and don’t affect our mass calculations much.”

Although the loss of Hitomi cut most of the planned science program short – it was supposed to run for at least three years – the researchers hope their results will convince the international community to plan another X-ray space mission.

“The data Hitomi sent back to Earth are just beautiful,” Werner said. “They demonstrate what’s possible in the field and give us a taste of all the great science that should have come out of the mission over the years.”

Hitomi is a joint project, with the Japan Aerospace Exploration Agency (JAXA) and NASA as the principal partners. Led by Japan, it is a large-scale international collaboration, boasting the participation of eight countries, including the United States, the Netherlands and Canada, with additional partnership by the European Space Agency (ESA). Other KIPAC researchers involved in the project are Tuneyoshi Kamae, Ashley King, Hirokazu Odaka and co-principal investigator Grzegorz Madejski.

A version of this article originally appeared as a Stanford University press release.

It’s far from a done deal, but plans by European physicists to build a huge new gravitational wave observatory with a radical design received a boost this week.

CERN marked the start of construction for Science Gateway, the Laboratory’s new flagship project for science education and outreach.