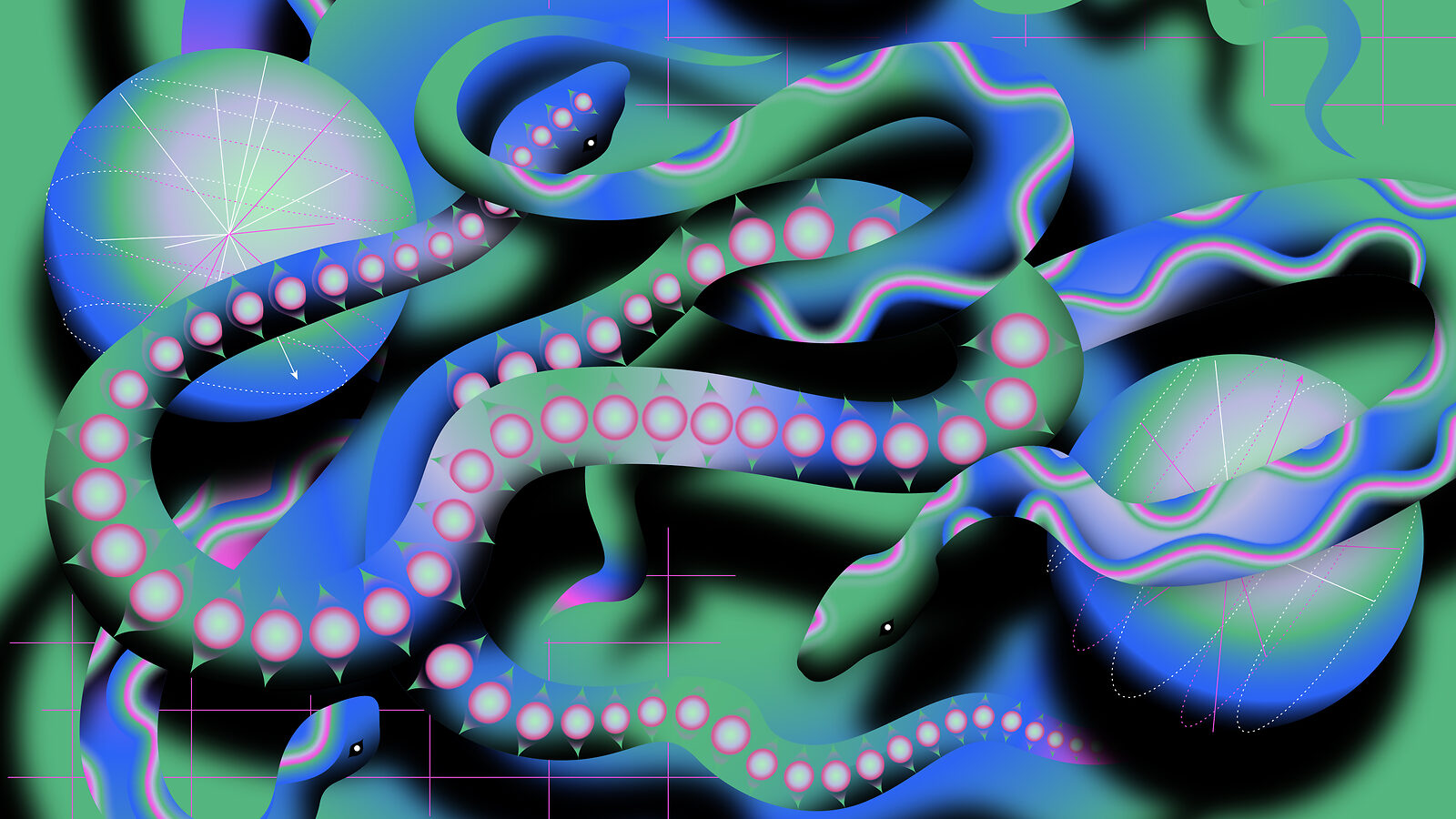 While driving down the highway, physicist Werner Heisenberg is stopped by a police officer, the physics joke begins.

“Do you know how fast you were going?” the officer demands.

When Heisenberg shakes his head, the officer tells him: “You were doing 90.”

“Great,” Heisenberg complains. “Now I don’t know where I am.”

To get the joke, you need to be familiar with the Heisenberg uncertainty principle, Heisenberg’s observation that it’s impossible to simultaneously measure both the velocity and position of certain objects.

It’s a joke because, of course, the uncertainty principle does not apply to something the size of a person or a car.

The uncertainty principle comes from quantum physics, which deals with much smaller objects—things like atoms and quarks. The quantum world differs from the classical world we’re used to in a variety of ways.

At any given moment, a quantum system can be in a superposition of states with different positions, speeds, energies or whatever other property one can imagine.

Being in two places at once

A quantum mechanical satellite or rock would be different: It could be in many places, traveling at many speeds, all at the same time.

Only observing the object, taking a measure of it at a specific point in time, would collapse this superposition of possibilities. If an observer measured the position or speed of our quantum rock, they would get a definite answer.

The truly weird part: However precisely one measures the quantum rock’s position or speed, quantum physics does not determine what that position or speed will be, only the probability that the rock will be in one place or another or have one speed or another.

Entanglement and spooky action at a distance

Unfortunately, there is no simple way to map the fact of quantum superposition and its consequences onto our intuitions. It is something one must simply accept about quantum physics.

If you think that sounds difficult, you’re not alone. A number of highly regarded physicists tried to find a way around this befuddling feature.

To illustrate their frustrations, Albert Einstein, Boris Podolsky and Nathan Rosen came up with a thought experiment they hoped would show something was missing from quantum theory. They were ultimately proved wrong, but the example helps explain another key idea, called quantum entanglement.

First, here’s the thought experiment: Start with a particle that decays into a particle-antiparticle pair. In their example, the physicists chose a neutral pion decaying into an electron and a positron.

Each of these particles has a fundamental property called spin, so named because it obeys some of the same rules as spinning objects in classical physics. Spin is conserved, so the total spin of the particle-antiparticle pair needs to add up to the spin of their parent particle.

The neutral pion from the example has 0 spin, while electrons and positrons can have one of two possibilities: either spin +1/2 or -1/2. Since their spins must add up to 0, the electron-positron pair either could be in a state where the electron has spin +1/2 and the positron has spin -1/2, or the other way around. Physics does not determine which state the system is in, and in fact it will be in a superposition of the two states until a measurement is made.

Einstein, Podolsky and Rosen—EPR for short—noticed that this state of things, entanglement, implied what came to be known popularly as “spooky action at a distance.”

In their thought experiment, the next step would be to separate the electron and positron by a great distance and then measure the electron’s spin. At that instant, the electron would no longer be in a superposition of states—its spin would be either +1/2 or -1/2.

Say they measure the electron’s spin to be +1/2. Because the electron and positron are entangled, the positron’s spin instantly, in that moment, must become -1/2. Crucially, this happens before the positron could receive any signal from the electron—even if the signal traveled at the speed of light, the fastest possible speed in the universe.

The thought experiment—which eventually was confirmed experimentally using larger and larger distances between the two entangled particles—seems to imply that, for entanglement to work, the electron must send a faster-than-light signal to the positron about what state it should be in. This is impossible, since the transmission of this signal would violate the rules of causality that govern all of physics.

EPR regarded their thought experiment as proof that quantum mechanics was missing something, and they and others argued that there must be some so-called hidden variables that predetermined what states the electron and positron were actually in. The rules of quantum theory were correct, the argument went, but those rules were incomplete until these hidden variables could be discovered.

Subsequent experiments have proven Bell correct. As counterintuitive as they are, entanglement and spooky action at a distance are real.

There’s one more feature to mention: the one that gives the field its “quantum” name.

In the classical world, most everything is continuous. You can stand anywhere between point A and point B. You can travel at any speed, up to the speed of light. And, with some constraints, orbits around a planet can have any radius.

One of the first signs that the quantum world might be discrete arrived in the late 19th century when physicists noticed that atoms emitted only certain specific wavelengths, or colors, of light. Hydrogen, for instance, emits only four visible wavelengths: 410, 434, 486 and 656 nanometers. These discrete wavelengths, physicists worked out, were the result of electrons orbiting the hydrogen nucleus hopping between different, discrete energy levels.

Quantum physics is filled with examples of discrete systems, including one you already know about: spin. If one measures the spin of an electron or a positron, the answer is always either +1/2 or -1/2, never anything in between. Something similar holds for atoms and other particles.

All of this is just the beginning. Superposition, the uncertainty principle, entanglement and quantized properties such as spin are some of the most important features of quantum physics. But scientists already knew about all of them by the 1930s. In the decades that followed, physicists developed quantum electrodynamics, a quantum theory of electromagnetic fields, as well as a completely quantum view of nearly all elementary particles and their interactions, today known as the Standard Model.

And even now questions remain. There is still no adequate quantum theory of gravity, something that physicists will need to develop to understand black holes and the origins of our universe, when all matter was compressed in an extraordinarily tiny volume. The solution to those puzzles may lie in the idea that space itself is quantized or pixelated in some way, or in links between spacetime geometry, the standard way of describing gravity, and quantum physics. Right now, no one can say for sure.

For physicists and others alike, it’s not easy to get a grasp on quantum physics. But understanding that the quantum world works differently from the world that we know is the beginning of understanding our universe at its most fundamental level.