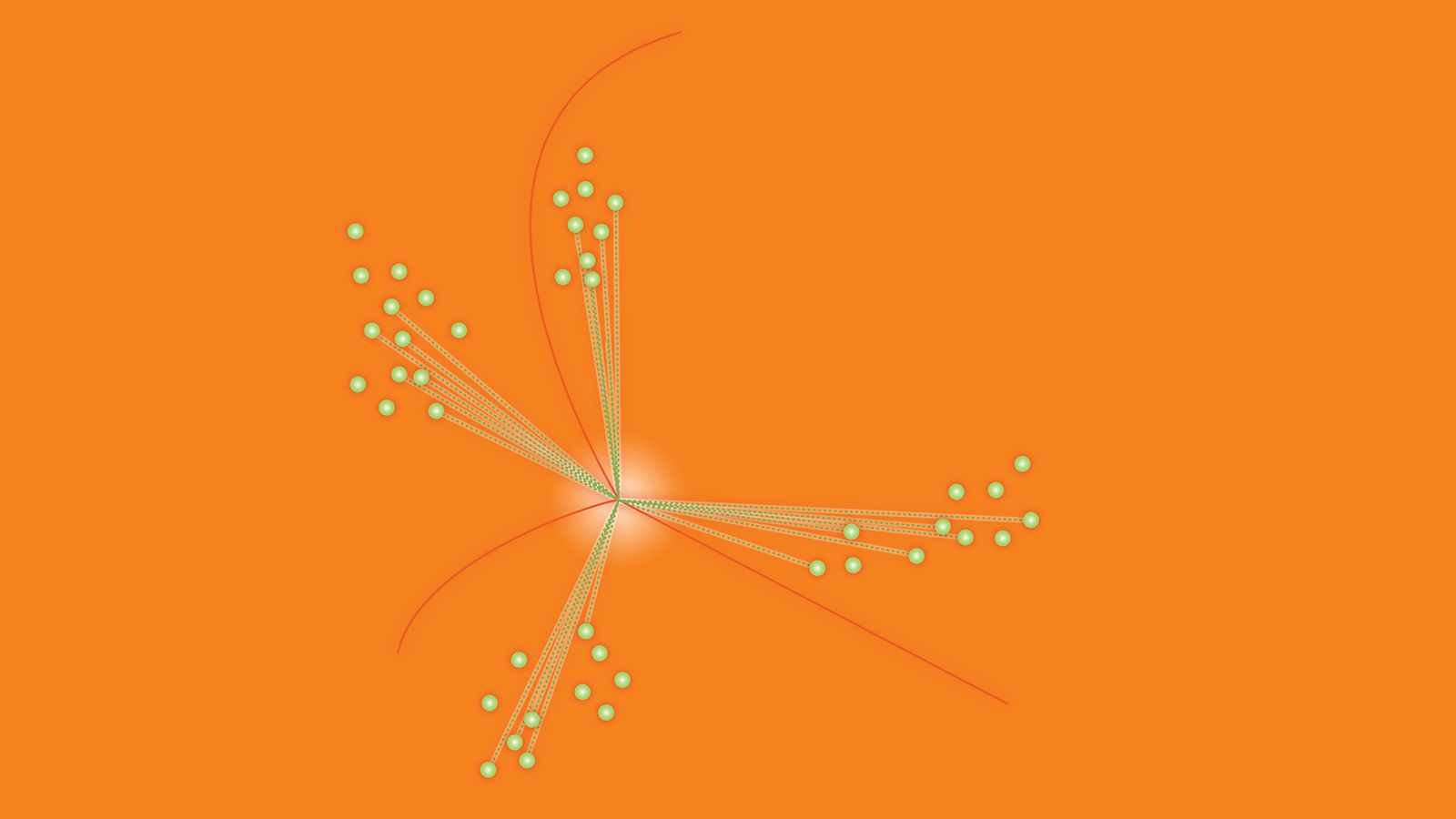 A jet forms when a quark or gluon is produced in a high-energy particle collision.

Jets are sprays of particles that fly out from certain high-energy particle collisions.

These collisions create very energetic quarks and gluons; as they travel away from the collision point, they emit more gluons, which can split into even more gluons. This results in a relatively narrow cascade, or jet, of particles.

In the last stage of jet creation, quarks and gluons combine to form particles such as protons, pions and kaons. By measuring these end products, physicists can determine the properties of a jet, and thus the details of the collision that produced it. Scientists see jets in the signatures of collisions at the Large Hadron Collider.

The most violent collisions produce jets with the highest momentum, and these can be used to probe the smallest distances within the colliding protons, less than one-billionth of a billionth of a meter.

When you’re a jet, you’re a jet all the way, from your first gluon split to your last K decay...