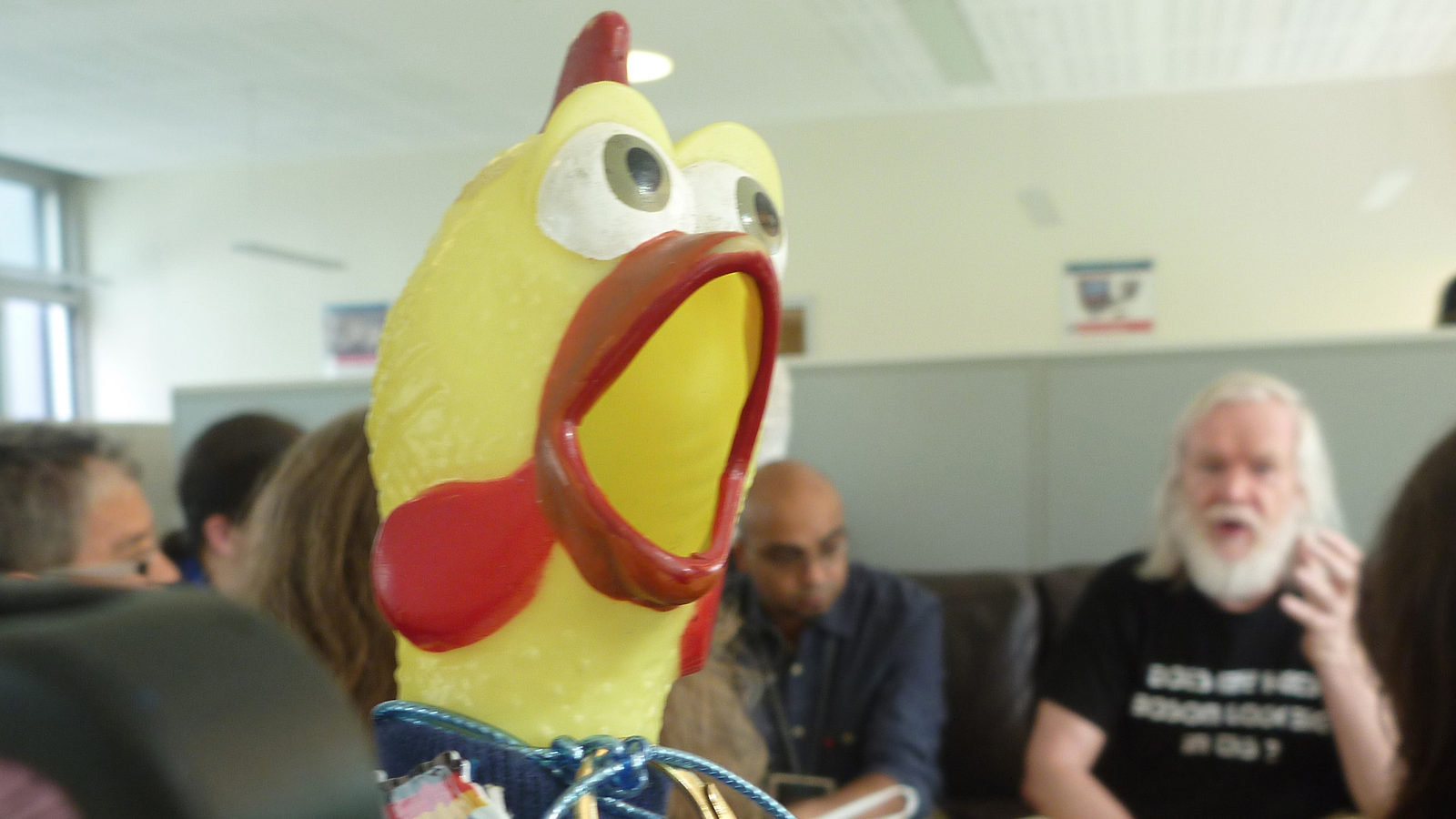 CERN laboratory offered a private tour to a dozen Twitterati, who broadcast the experience to a much larger crowd.

It could have been any normal day at CERN. An eclectic collection of individuals sat at a long table in the CERN cafeteria, some busily discussing the principles of physics while others typed away on their smart phones to friends and followers.

But this day was different. Instead of escaping through silly memes and gifs, everyone was fully engrossed in the experience and busily sharing with the world pictures, thoughts, quotes and ideas inspired by their time at CERN.

On Friday, Sept. 27, CERN invited a select group of individuals from around the world to visit the laboratory with the purpose of sharing the experience with their Twitter followers.

The 12 participants, chosen from almost 100 applicants, hailed from seven different countries and a variety of professions, including scientist, engineer, designer and film-maker.

CERN hosted the tweetup—its second such event—to reach out to new audiences via social media.

“With a website, you rely on people coming to it,” says Kate Kahle, CERN’s social media manager. “With social media, you bring the information to a tool that they are already using to communicate with friends and family. You let them decide the strength of the story.”

The participants selected were all active Twitter users who had gained followings beyond their friends and family. They all expressed interest in CERN’s science and said they were eager to discuss physics with their followers. About 2000 Twitter users participated in the tour by using the hashtag #CERNtweetup and reached a potential worldwide audience of 2.3 million, according to Kahle. 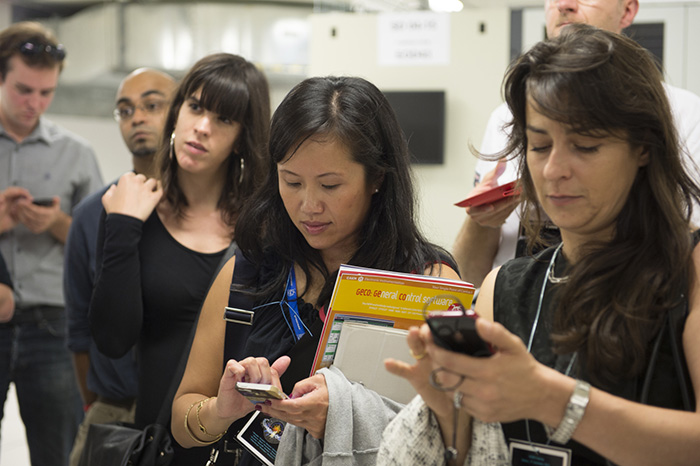 Cindy Chin, a consultant from New York, flew from the United States to participate in the CERN tweetup.

“I was very excited,” Chin says. “I couldn’t believe it. It was an opportunity I couldn’t refuse.”

During the tour’s lunch break, Chin collected questions from her followers for University of Michigan physicist Steve Goldfarb—the outreach coordinator for the ATLAS experiment—and tweeted his responses.

The tour had some surprise guests. One was Camilla Corona (pictured above), a rubber chicken with more than 9000 Twitter followers that became famous as the mascot of NASA’s Solar Dynamics Observatory. Throughout the day the chicken tweeted with the help of fellow Twitter user Alex Neumann from Germany.

Tour participants also got the chance to meet theorist John Ellis, whose leadership roles, awards and outreach efforts have made him one of the public faces of CERN.

“Meeting him was like opening the wardrobe of CERN magic,” Chin says. “One could sit all day listening to him explain supersymmetry, the Higgs boson or the nuances between muons, quarks and gluons.”

They also received a firsthand account of the birth of the World Wide Web and the early days of the Internet from computer scientist Ben Segal, the mentor of the inventor of the Web, Tim Berners-Lee; and François Flückiger, director of CERN’s School of Computing.

Even after the tweetup officially ended, many of the participants stayed to join CERN's open house event, which took place that day, and continued to share pictures and answer questions for their followers.