Students will help the MoEDAL experiment at CERN seek evidence of magnetic monopoles, microscopic black holes and other phenomena. 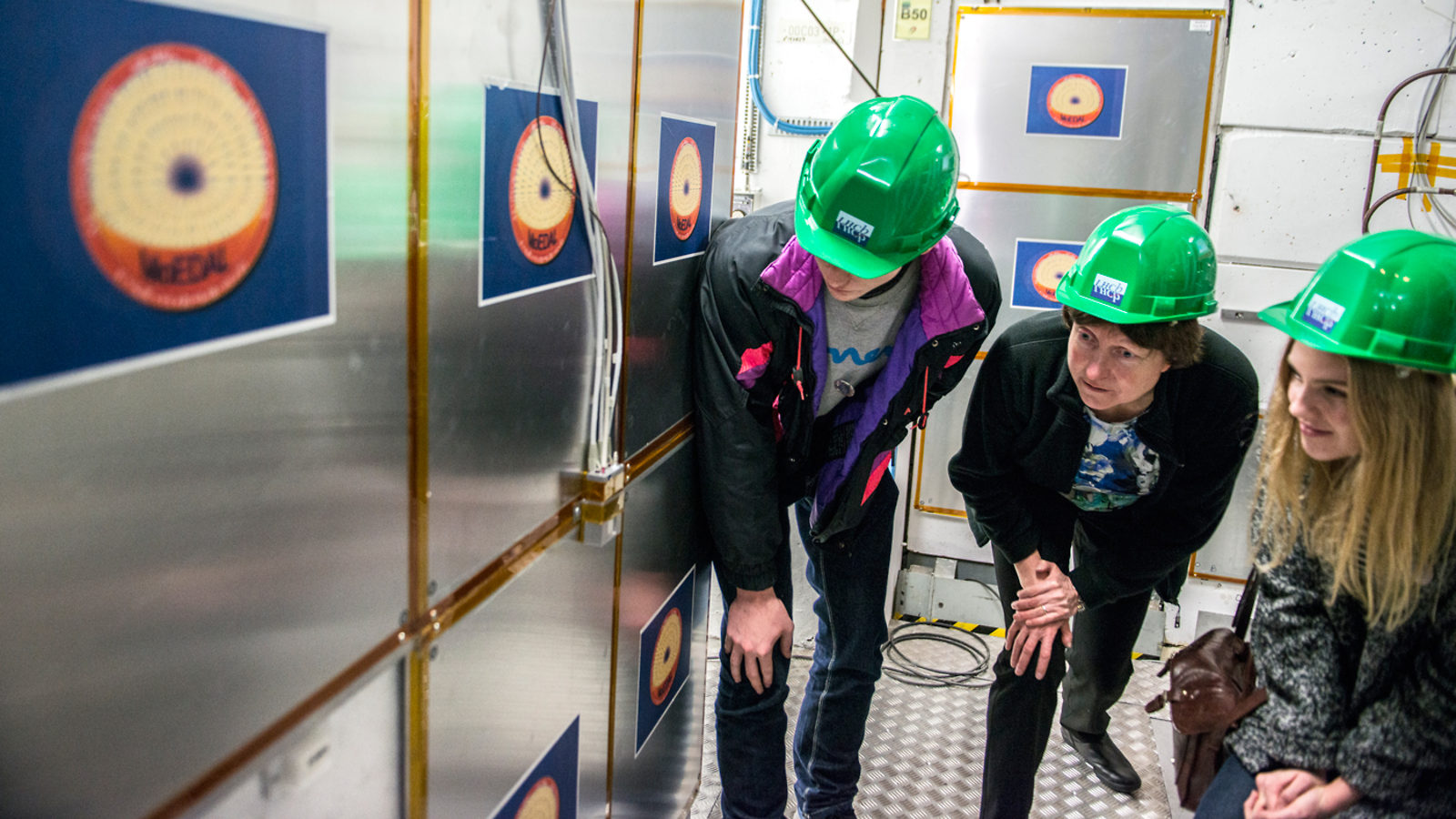 For the first time, a high school has joined a high-energy physics experiment as a full member. Students from the Simon Langton Grammar School in Canterbury, England, have become participants in the newest experiment at the Large Hadron Collider at CERN.

The students will help with the search for new exotic particles such as magnetic monopoles, massive supersymmetric particles, microscopic black hole remnants, Q-balls and strangelets through an experiment called MoEDAL (Monopole and Exotics Detector at the LHC).

The students, who take part in a school-based research lab, will remotely monitor radiation backgrounds at the experiment.

The Simon Langton school has worked with the experiment’s chips, called Timepix, during previous projects that included a cosmic-ray detector the students helped to design. It was launched aboard a dishwasher-sized UK tech demonstration satellite by a commercial firm in July.

The state-of-the-art array of Timepix chips that the Langton group will monitor is the only real-time component of the four detector systems that comprise the MoEDAL experiment, which is operated by a collaboration of 66 physicists from 23 institutes in 13 countries on 4 continents.

The MoEDAL detector acts as a giant camera, with 400 stacks of plastic detectors as its “film.” MoEDAL is also designed to capture the particle messengers of new physics for further study in a 1-ton pure-aluminum trapping system.

MoEDAL is sensitive to massive, long-lived particles predicted by a number of “beyond the Standard Model” theories that other LHC experiments may be incapable of detecting and measuring.

“It is very exciting to be on the forefront of groundbreaking physics, which includes such amazing insight into what the best physicists of the world are doing,” says 16-year-old Langton student Ellerey Ireland.

“MoEDAL has allowed me to see the passion and determination of physicists and opened my mind to where physics can lead,” says Langton student, Saskia Jamieson Bibb, also 16. “I am planning to study physics at university.”

One of the hypothetical particles MoEDAL is designed to detect is the magnetic monopole—essentially a magnet with only one pole. Blas Cabrera, a physics professor at Stanford who is also part of the Particle Physics and Astrophysics faculty at SLAC National Accelerator Laboratory, measured a possible magnetic monopole event in 1982. A group from Imperial College London found a similar possible event in 1986.

More recently analogues of magnetic monopoles have been created in laboratory experiments. But at MoEDAL, they’ll have a chance to catch the real thing, says University of Alberta physicist James Pinfold, the spokesperson for MoEDAL and a visiting professor at King’s College London.

Confirmation of the existence of magnetic monopoles could clue researchers in to the nature of the big bang itself, as these particles are theorized to have emerged at the onset of our universe.

“The discovery of the magnetic monopole or any other exotic physics by MoEDAL would have incredible ramifications that would revolutionize the way we see things,” Pinfold says. “Such a discovery would be as important as that of the electron.”

High school physics teacher Becky Parker and her students thought they would soon be the first to send a new type of particle-detecting microchip into outer space.