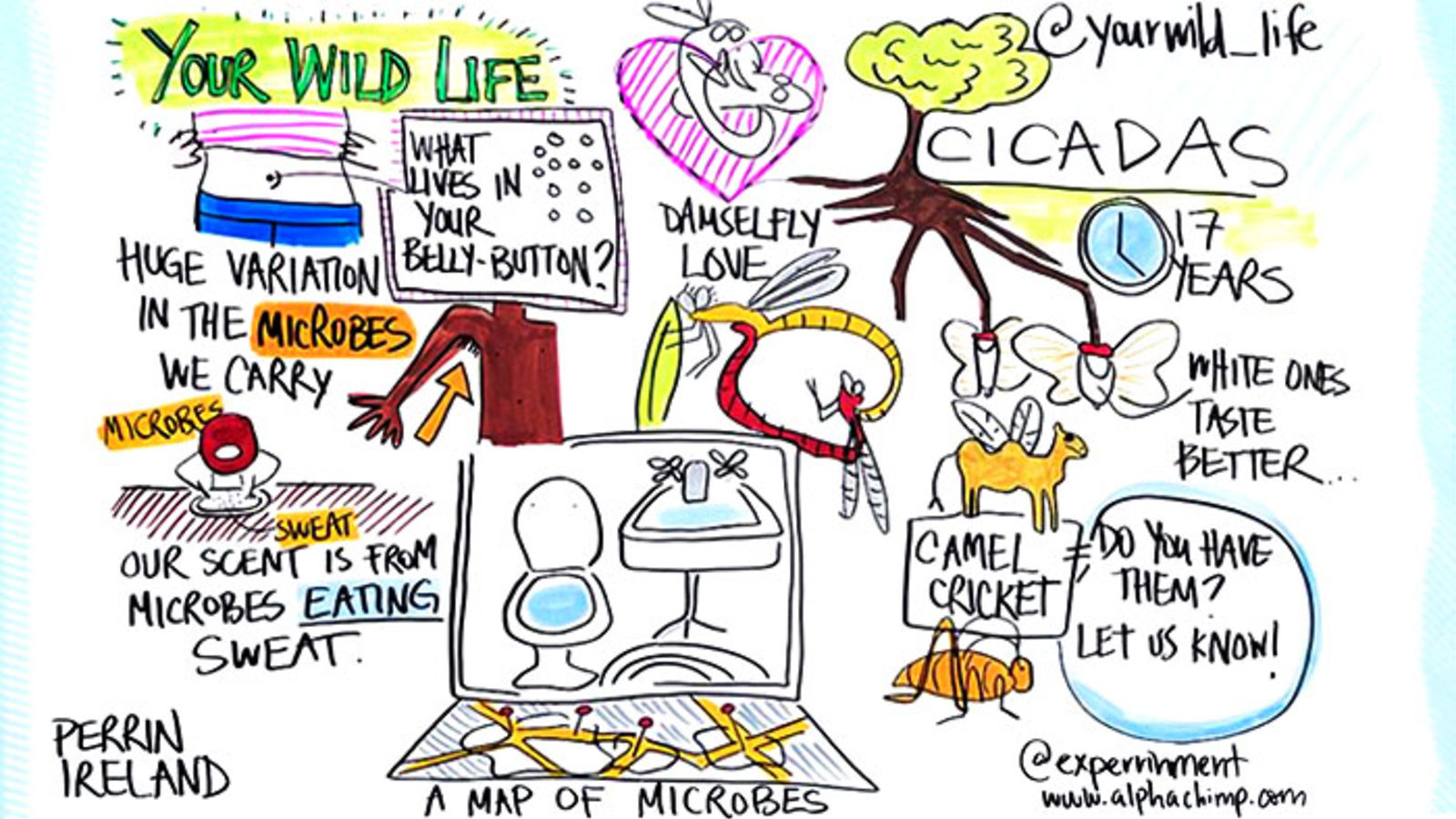 Sometimes the only way to navigate a complicated scientific talk is to use familiar words and concepts as guideposts. As a science scribe, Perrin Ireland translates those guideposts into illustrated form.

“I see myself as kind of an advocate for the visual learners in the room,” Ireland says.

So when Duke physicist Mark Kruse told an audience at the 2012 annual meeting of the National Association of Science Writers that different particles leave different signatures as they pass through detectors, Ireland, who was scribing the event, drew a little cursive signature.

“That’s quite accurate, actually,” Kruse says. “Different particles leave different signatures just as we have our own signatures.”

Ireland says she got started illustrating science when she drew her way through her human biology degree at Brown University, where other students started asking for copies of her notes to study.

“I began to realize that it maybe could be bigger than just me learning that way,” Ireland says.

Live scribes and other “visual practitioners” work in settings ranging from corporate brainstorming sessions to large-scale conferences. Although likely many more do this, the International Forum of Visual Practitioners, whose work includes this type of scribing, has around 300 members.

As the senior science communications specialist for the Natural Resources Defense Council, Ireland scribes about six events a year, including conferences focused on everything from science communication to agriculture. She often gives her illustrations to presenters and shares digital copies with event attendees.

Ireland says that although Kruse’s session is the only particle physics talk she has scribed, it was especially interesting because it challenged her to visually represent abstract concepts like fields, which she depicted as a series of waves.

Matthew Francis, a physicist and science writer who saw Ireland scribe at a ScienceOnline conference, says that Ireland’s work is useful for both experts and newbies alike: “By live-sketching you are distilling the ideas… and making them into something that’s easily understood.” 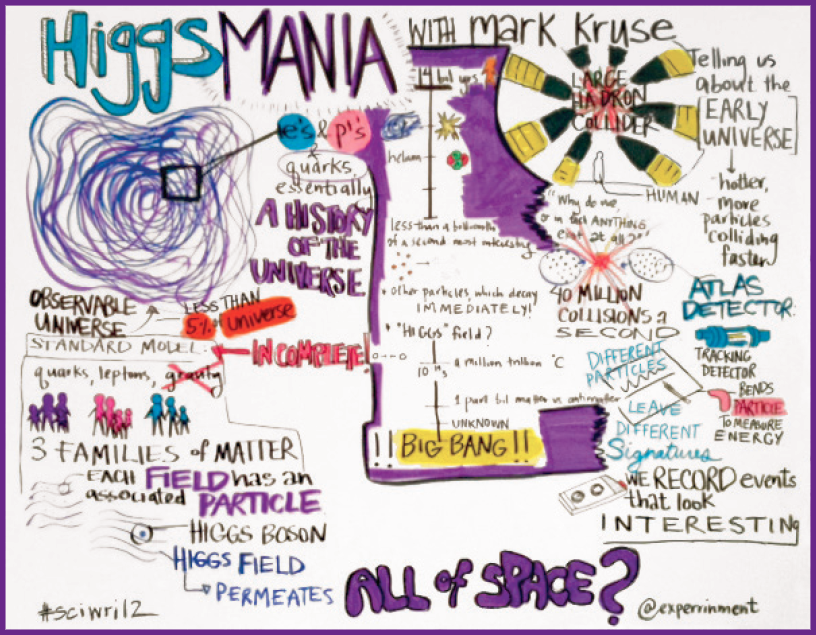 Perrin Ireland
Like what you see? Sign up for a free subscription to symmetry!
Follow
Use your browser’s print dialog box to create a pdf.
Popular on symmetry