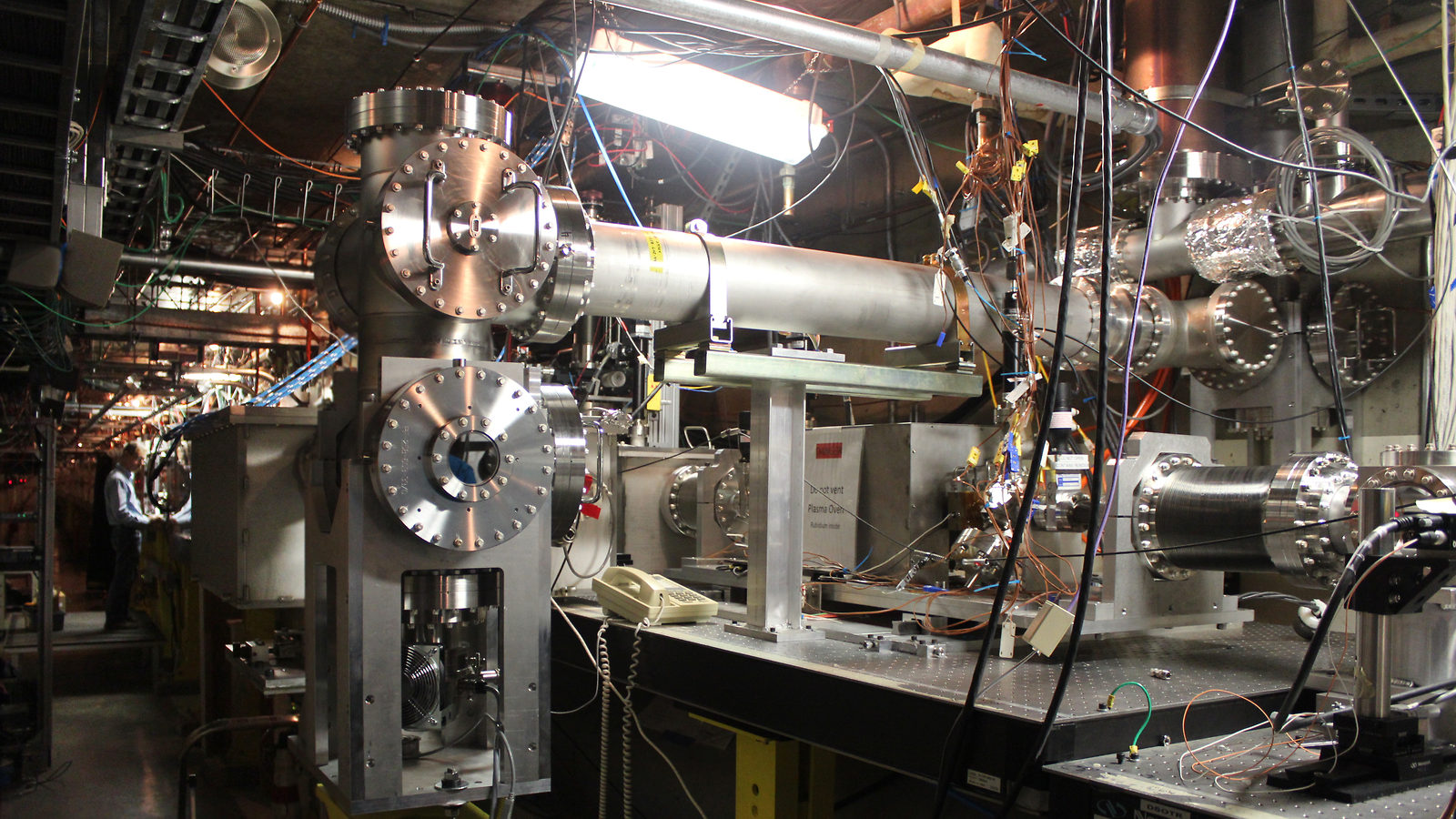 Just over a year after opening its beam to researchers from around the world, the Facility for Advanced Accelerator Experimental Tests (FACET) at SLAC is shining a little brighter. With the addition of a new 10-terawatt laser and other equipment upgrades, one of the facility’s main goals—the development of a new method of particle acceleration that boosts particles’ energy on waves of plasma—looks especially promising.

During the facility’s first run, which took place from April through early July of 2012, researchers sent electrons accelerated in the SLAC linear accelerator into a chamber of hot gas, turning it into a plasma. Some of those very same electrons then rode the resulting plasma wave to even higher energies. This accelerated the electrons with great efficiency—thousands of times more in the same distance than the technology used in today’s particle accelerators.

But, as happens so often in basic research, FACET’s first run also revealed the need to make some modifications. Using the accelerated electron bunch to create its own plasma had issues—issues that make the laser a vital addition to the 2013 run, says SLAC Advanced Accelerator Research Department leader Mark Hogan, who is both an important part of FACET and, as one of the leaders of the plasma wakefield acceleration team, a hands-on experimenter himself.

"Controlling the characteristics of both the electron bunches and the resulting plasma to where the process is efficient enough has turned out to be tough," Hogan says. "As it is, not enough of the electrons are being accelerated."

The team will now use the new laser to zap the chamber of hot gas, turning it into a plasma before any electrons enter. That laser-created plasma will be more consistent than the electron-created version, which means that when the electron bunches do enter they'll cause a more controlled plasma wave.

Selina Li, the SLAC accelerator physicist in charge of the project, says the laser is in good shape and should be operational this summer.

In addition to gaining control over the plasma and wave with the new laser, Hogan says the FACET team is exploring ways to make the accelerated electrons more consistent as well. For example, researchers have already tested another piece of new equipment called a notch collimator, which snips one electron bunch into two.

Such a two-bunch system should have several advantages, including the ability to optimize the spacing between the bunches. That allows the electrons to catch the plasma wave at its peak, which in turn ensures that the accelerated electrons remain packed in tight formation.

The plasma acceleration team recently demonstrated the ability to take electrons accelerated to 20 giga-electronvolts in the conventional SLAC linear accelerator and, over less than two meters, bring them to 40 giga-electronvolts.  Hogan says he hopes for even better results with two-bunch and laser-driven experiments.

These upgrades, along with others that bolster the diagnostics tracking beam quality and improve the characteristics of the electron beam, offer a better environment for all FACET users—not just the plasma acceleration team.

The users have noticed. "Many improvements were made over the past year," with most of them the result of close collaboration between the experimenters and the beam operations team, says Gerard Andonian, an accelerator physicist from the University of California, Los Angeles. Andonian’s team is investigating a different type of electron acceleration, one that uses a class of materials called dielectrics. As a first bunch of electrons travels through a specially designed structure built of dielectric material, the electric fields it generates in its wake can also accelerate a second bunch of electrons.

Thanks to the FACET beam, Andonian says his group set new records for dielectric wakefield accelerators during their time at the facility. "These are groundbreaking results," he says. Overall, he continues, FACET allows researchers to demonstrate the viability of new methods of acceleration for the colliders and light sources of the future.