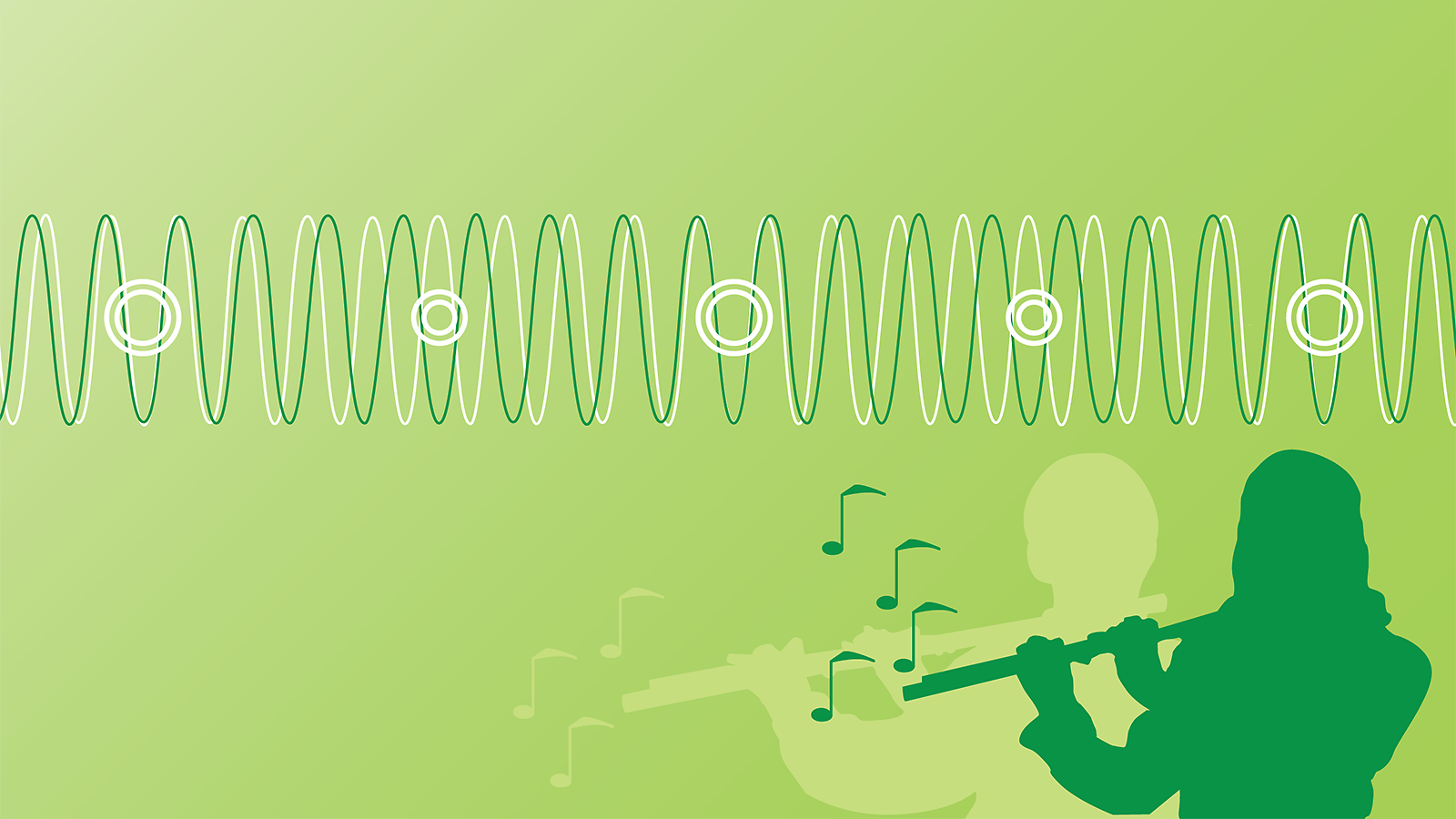 Waves describe some of the most extraordinary phenomena in the world. Waves can be simple—the sound of a flute playing a sustained, single note—or they can be complicated mixtures—a musical chord, for example, which is a combination of many sound waves.

Waves describe some of the most extraordinary phenomena in the world. Waves can be simple—the sound of a flute playing a sustained, single note—or they can be complicated mixtures—a musical chord, for example, which is a combination of many sound waves. Combining two waves of similar tones produces what physicists call beats. Listen to two flutes playing the same note, one flute slightly mistuned. You’ll hear a “wah-wah-wah” effect as the sound comes and goes, because the sound that you hear is a mixture of the slightly different waves from the flutes interfering with each other.

Waves also govern the character of neutrinos as they fly through space. Interference between the waves produces regular beats, much like the combined notes of the flutes. We detect the resulting “wah-wah-wah” in properties of the neutrino that appear and disappear. For example, when neutrinos interact with matter they produce specific kinds of other particles. Catch the neutrino at one moment, and it will interact to produce an electron. A moment later, it might interact to produce a different particle. “Neutrino mixing” describes the original mixture of waves that produces this oscillation effect.