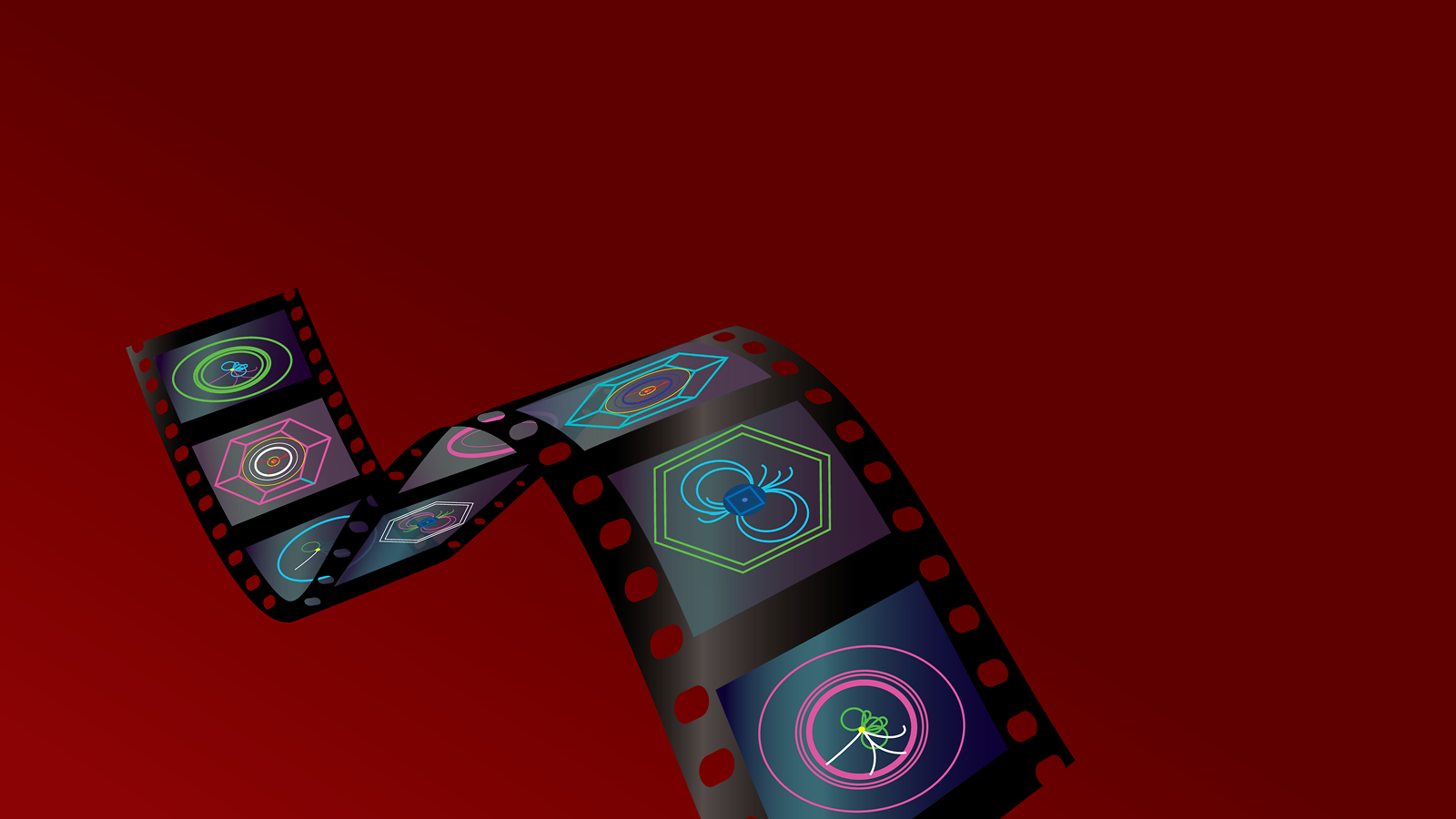 A particle event is a particle collision or interaction that is observed by some type of particle detector. Collected by the hundreds, thousands or millions, particle events are the raw material that scientists use to explore the subatomic world.

To capture these precious events, particle physicists build “cameras” that record signals such as the tracks of particles emerging from a collision. The interesting features of particle events often occur on submillimeter scales, and the cameras act as extremely powerful microscopes.

The cameras have a wide variety of shapes and sizes. At particle laboratories around the world, detectors as large as houses take snapshots of the bursts of matter and energy that emerge when particles ram into each other. In other places, large arrays of detectors—sometimes covering thousands of square kilometers—record cosmic-ray showers created when protons originating from outer space smash into air molecules high above the ground.

Each experiment archives its particle events and assigns a unique number to each event. Physicists refer to these event numbers when discussing unusual events that might hint at particles or phenomena never seen before.