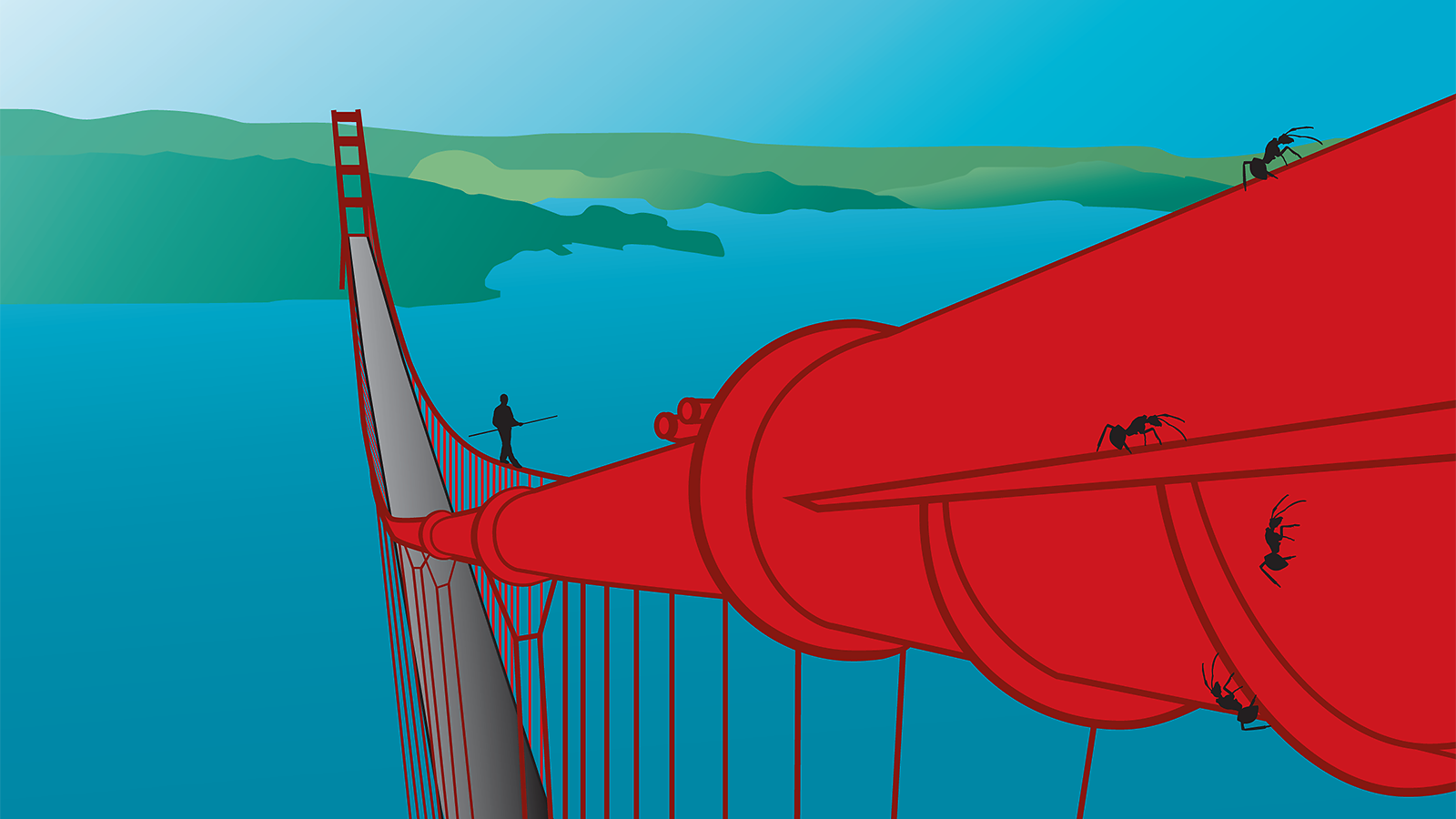 By Sean Carroll, University of Chicago

Extra dimensions sound like science fiction, but they could be part of the real world. And if so, they might help explain mysteries like why the universe is expanding faster than expected, and why gravity is weaker than the other forces of nature.

Three dimensions are all we see—how could there be any more? Einstein's general theory of relativity tells us that space can expand, contract, and bend. If one direction were to contract down to an extremely tiny size, much smaller than an atom, it would be hidden from our view. If we could see on small enough scales, that hidden dimension might become visible.

Imagine a balancing act in which a daredevil walks the cable of a suspension bridge, only able to move backward and forward, not left and right, nor up and down. The daredevil experiences only one dimension, but things that live on a smaller scale, such as ants, can move about in an extra dimension—circularly around the cable, in this analogy.

String theory requires the existence of extra dimensions. Perhaps we will be fortunate enough to detect them directly in upcoming experiments, or infer their existence from early-universe cosmology. If so, we will have yet another confirmation of how the universe extends well beyond our everyday experience.

Our understanding of the universe is about to change.

We are at a time of extraordinary scientific opportunity, when the prospect for making major advances in elementary particle physics is greater than it has been in at least three decades.

The search for extra dimensions

Although we now think of the universe as three bulky, nearly-flat dimensions, we might soon discover that the fabric of space-time consists of many more dimensions than we ever dreamed.

The universe is weird.

The most-cited paper in theoretical particle physics in 2004 was "A large mass hierarchy from a small extra dimension" by Lisa Randall and Raman Sundrum, published in Physical Review Lett

In 1998, theorists Lisa Randall and Raman Sundrum met in a coffee shop in Boston to discuss how extra dimensions of space would change the predictions of particle theories.

Sometimes old papers can be highly influential, decades after their publication.