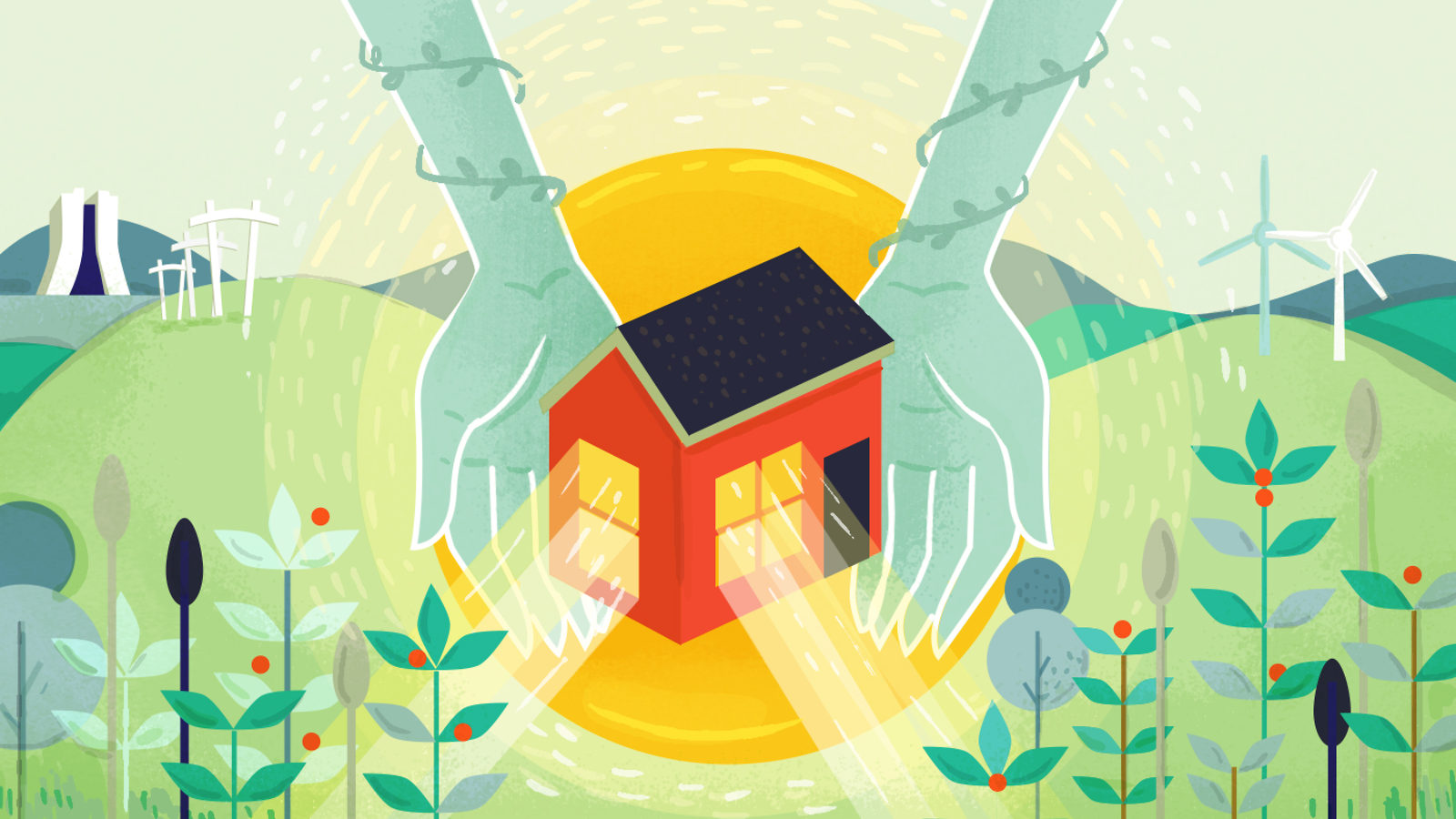 Working at Fermilab expanded physicist Lucyna “Lucy” de Barbaro’s horizons. In addition to cultivating her research capabilities and surveying the subatomic realm, she honed an affinity for the natural world.

“At Fermilab you get cutting-edge technology surrounded by prairie. It was so romantic to me,” de Barbaro says. “I love nature and wanted to be involved in sustainability initiatives.”

In 2000, after a decade in experimental physics, she changed directions, bringing her physics mindset with her. At work for telecommunications company Alcatel-Lucent in Naperville, Illinois, she helped develop a reliable computing and networking platform for processing cell phone calls. And in her off hours, she’s become an expert on design and standards for exceptionally energy-efficient homes.

De Barbaro’s affinity for physics began in her hometown of Krakow, Poland—in church. The priest was an accomplished cosmologist who brought together transcendental and scientific ideas in the quest for understanding the universe.

“It was a unique time and inspiration,” de Barbaro says. In the 1980s, “an intellectual stir happened in Poland in conjunction with the Solidarity movement. The church played a big role in raising society.”

It also played an important role in de Barbaro’s decision to undertake a master's degree in theoretical physics. After receiving her degree in 1989, she and her first husband, also a physicist, came to the United States with their two daughters for graduate school.

Enrolled at the University of Rochester, de Barbaro soon joined the E706 experiment at Fermilab probing the structure of gluons, the “glue” of the strong force that clasps quarks together in pairs or trios (the latter are the core of protons and neutrons).

With PhD in hand, de Barbaro became a Northwestern University postdoctoral researcher and joined Fermilab’s NuTeV experiment, which scrutinized millions of neutrino interactions to make precise measurements of a parameter of the Standard Model of particles and interactions.

“Experiments prepared me well for my technical position at Alcatel-Lucent,” she says. “I have no fear of getting my hands dirty, pulling hardware components out of the telecom chassis, examining and swapping them, and so on. Not many software developers are comfortable with that. I found a good niche.”

At Alcatel-Lucent, she first worked on software-hardware integration and system tests that were very complex and rigorous, making the job satisfying. Unlike in particle physics, the telecom equipment and systems need built-in redundancy to ensure 99.999 percent reliability. Their platform for cell phone calls has been set up in the United States, Asia and South America.

“Lucy's background working on problems of high complexity in particle physics has prepared her to quickly define strategy and solutions for software integration challenges that we face in new product introductions,” says Abhay Raj, de Barbaro’s supervisor of 10 years and now director of LTE network design at Alcatel-Lucent.

On her own initiative, de Barbaro collected and analyzed heating and cooling systems data at Alcatel-Lucent’s 1000-person Naperville location and recommended ways to save on energy and costs. Another proposal of hers to improve energy efficiency in company labs advanced to the finalist stage for Bell Lab’s Entrepreneurial Bootcamp in 2012. (Bell Labs is an R&D arm of Alcatel-Lucent.)

In addition, de Barbaro’s physics training gives her the ability to take on consuming calculations and evaluate data and evidence in her volunteer work on passive homes. Passive House design harnesses fuel-free ways to keep buildings at comfortable temperatures, such as retaining heat through good insulation and air tightness, and orienting windows and overhangs to let in the sun’s heat at the right times.

She’s currently designing a duplex that, like other passive buildings, will use 80 percent less energy than a typical US home and achieve the world’s most stringent building energy standard. As co-founder and board member of the western Pennsylvania chapter of the Passive House Alliance, de Barbaro aims to make the concept and technology more widely known.

The standard is performance-based rather than prescriptive, which means “the solutions are not given, there’s a lot to figure out,” de Barbaro says. “I’m so grateful my husband is a physicist, too, and we can use the same line of thinking—linear, logical—about our house project.”

The couple met through Fermilab friends and married in 2011, with their wedding photos taken at the lab. They now live in Pittsburgh, where he is a professor and she works from home as an Alcatel-Lucent engineer for platform support and vendor management.

“We share the same outlook on climate change and the need to act in areas where we can accomplish something,” she says. 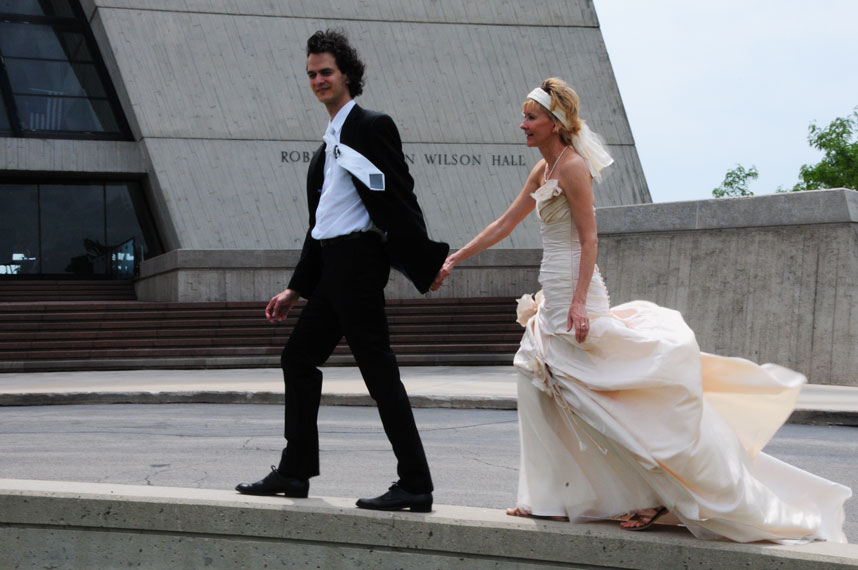