Data collected at the long-running MINOS experiment stacks evidence against the existence of these theoretical particles. 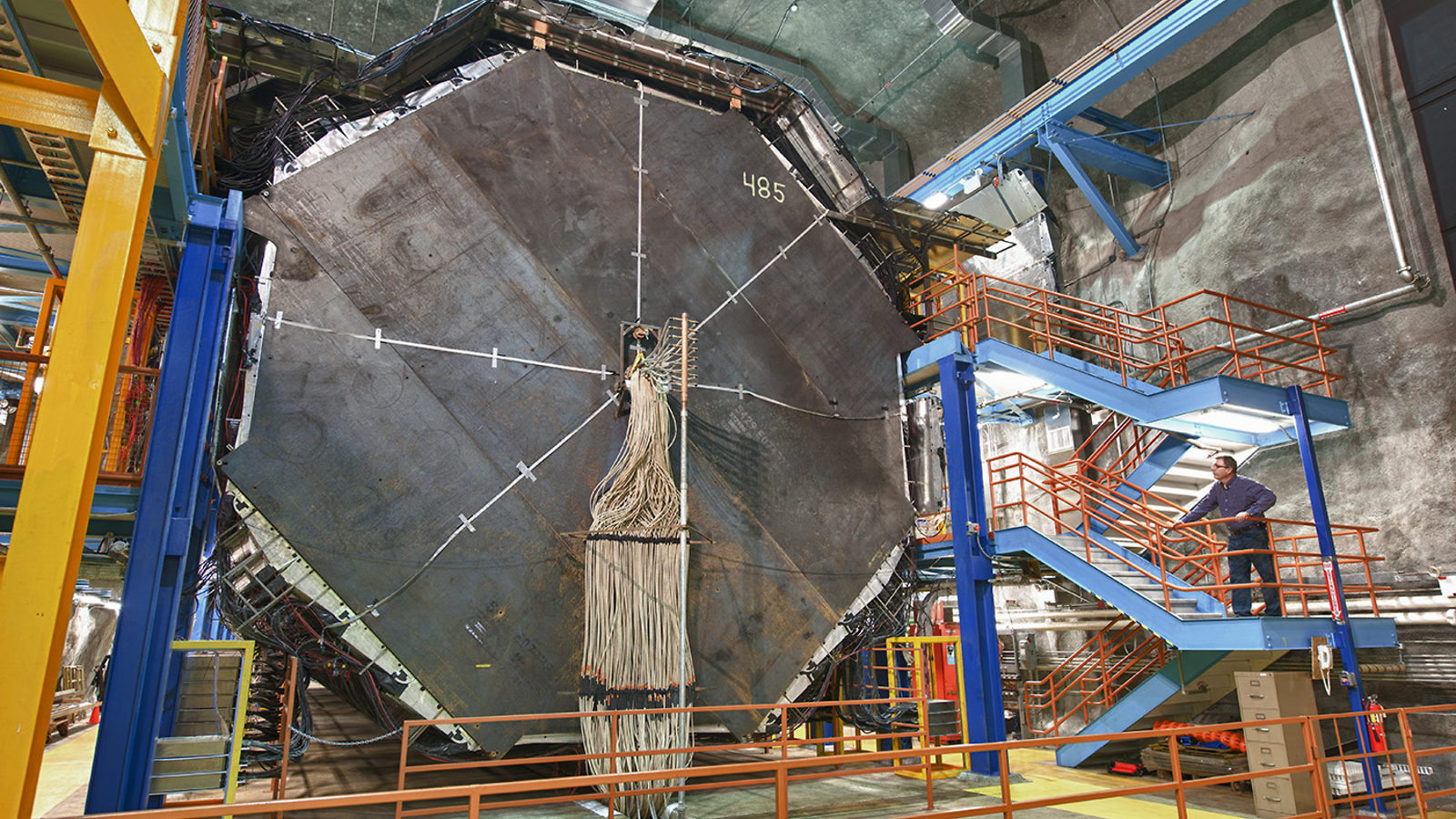 If you’re searching for something that may not exist, and can pass right through matter if it does, then knowing where to look is essential.

That’s why the search for so-called sterile neutrinos is a process of elimination. Experiments like Fermilab’s MiniBooNE and the Liquid Scintillator Neutrino Detector (LSND) at Los Alamos National Laboratory have published results consistent with the existence of these theoretical particles. But a new result from the long-running MINOS experiment announced this week severely limits the area in which they could be found and casts more doubt on whether they exist at all.

Scientists have observed three types or “flavors” of neutrinos—muon, electron and tau neutrinos—through their interactions with matter. If there are other types, as some scientists have theorized, they do not interact with matter, and the search for them has become one of the hottest and most contentious topics in neutrino physics. MINOS, located at Fermilab with a far detector in northern Minnesota, has been studying neutrinos since 2005, with an eye toward collecting data on neutrino oscillation over long distances.

MINOS uses a beam of muon neutrinos generated at Fermilab. As that beam travels 500 miles through the earth to Minnesota, those muon neutrinos can change into other flavors.

MINOS looks at two types of neutrino interactions: neutral current and charged current. Since MINOS can see the neutral current interactions of all three known flavors of neutrino, scientists can tell if fewer of those interactions occur than they should, which would be evidence that the muon neutrinos have changed into a particle that does not interact. In addition, through charged current interactions, MINOS looks specifically at muon neutrino disappearance, which allows for a much more precise measurement of neutrino energies, according to João Coelho of Tufts University.

“Disappearance with an energy profile not described by the standard three-neutrino model would be evidence for the existence of an additional sterile neutrino,” Coelho says.

The new MINOS result, announced today at the Neutrino 2014 conference in Boston, excludes a large and previously unexplored region for sterile neutrinos. To directly compare the new results with previous results from LSND and MiniBooNE, MINOS combined its data with previous measurements of electron antineutrinos from the Bugey nuclear reactor in France. The combined result, says Justin Evans of the University of Manchester, “provides a strong constraint on the existence of sterile neutrinos.”

“The case for sterile neutrinos is still not closed,” Evans says, “but there is now a lot less space left for them to hide.”