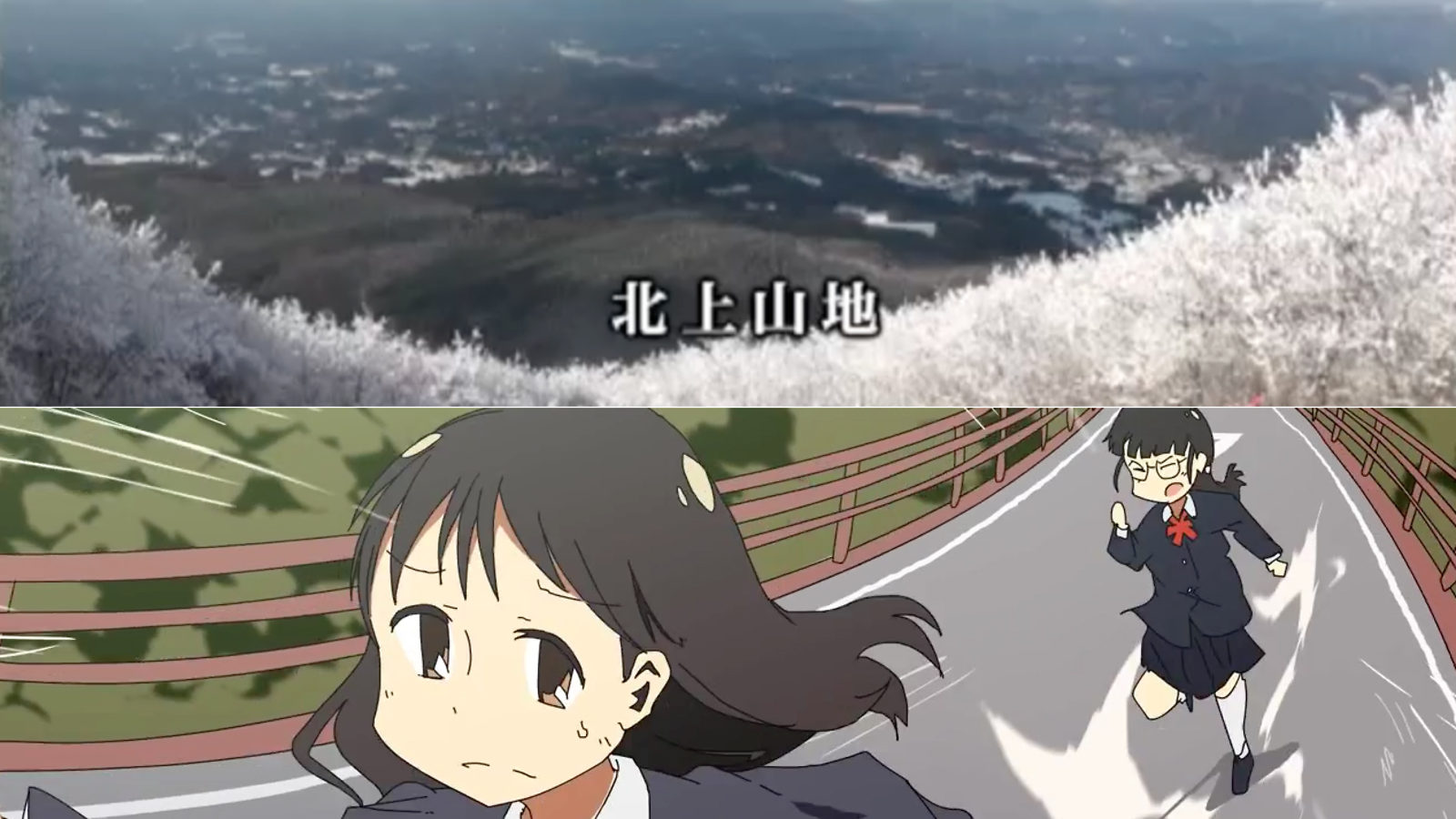 Now that Japan has expressed interest in hosting the International Linear Collider, the next-generation particle collider that will seek to better understand phenomena including the Higgs boson and dark matter, the big question is where in Japan the 31-kilometer-long machine might be built.

Two potential sites—the Sefuri mountains in Kyushu in the south and the Kitakami mountains in Tohoku in the north—released promotional videos this spring that take two distinct approaches.

The first to be released online, from Sefuri, is an energetic music video that left this viewer (and all of her colleagues) head-scratchingly intrigued. As it turns out, that’s exactly what the producers intended.

“We wanted the viewers to think, ‘Gosh, this is cool—even though I don’t understand a bit! By the way, what is the ILC? What is Sefuri?” says Yasuhito Hirowatari, senior staff member of the Fukuoka Prefectural Government’s ILC Project Promotion Team. “We then hope that viewers will search for the ILC and Sefuri online and also tell their friends about the video. Our number-one priority was to make the viewers curious about the ILC, even if they don’t have a background in physics or science.”

The video, which is full of highly choreographed scenes, anime and even a character played by Shota Mori, an internet personality famous for his “sleeve iPhone” trick, doesn’t directly describe the ILC or even the Sefuri region. Instead, it tells the story of two best friends. When they’re together, they can succeed at everything from complex math problems to karate—a comparison to the ILC's colliding positrons and electrons that could further our understanding of how the universe works. But when one of the friends needs to move away, all that is threatened.

Yasuhito says that he and the video’s other producers believe that basic science can make people excited, so they focused on those feelings of excitement in the video.

The team, he continues, hopes the ILC will be built in Sefuri in part because the region has for many years sought to be a center for international cultural and academic interactions. “For the further development of this effort, we should enlarge this diversity in the quantitative as well as the qualitative sense,” he says. “We believe the ILC will be key to strengthening ties with other Asian countries, and to promote interactions with people from Europe and the Americas.”

The other video, released by the Tohoku Conference for the Promotion of the ILC, is a 20-minute educational film, the video equivalent of the vision paper the group published in July 2012. In addition to a persuasive message that building the ILC in Tohoku will offer much needed revitalization following the devastating 2011 Tohoku earthquake, the video offers quite a bit of background on the ILC project and the benefits of building the facility in Tohoku.

The film follows actress, screenwriter and poet Hana Konoe as she sits in on physics and chemistry classes, discusses what we know—and what we don’t know—about the universe with Hitoshi Murayama, deputy director of the Linear Collider Collaboration, and learns about the culture and geography of Tohoku.

“We hope that viewers obtain accurate information on the ILC science project and can understand its scientific importance,” says Tsunehiro Arihara, who leads the Tohoku Conference for the Promotion of the ILC. “We also hope to express that the benefit of building the ILC in this area will be huge. For the people of Tohoku, the realization of this dream project means the big hope for recovery” from the Tohoku earthquake.

Nobuko Ito, principal at the St. Ursula Gakuin Eichi School in Tohoku, says in the video, “When the ILC research and development center is complete, the dream of a sturdy platform for children in Tohoku will be accomplished.” By that time, she continues, the facility “will have become a major means of support for the community and a pillar of the family.”

Tsunehiro says he hopes that the video reaches many who live in the Tohoku area, and informs them that their region is a candidate site for the ILC. He also hopes that it inspires young people to think about their future a decade or two from now, and encourages them to become interested in science. Finally, he says he hopes that people worldwide will watch the video and “know that a global science center where world-premier scientists pursue great challenges can be realized in Tohoku.”

Although the two videos are very different, each is persuasive in its own way. Following a careful evaluation of both sites’ geology, infrastructure and ability to support the thousands of researchers who would move to the area, the ILC Site Evaluation Council will make a recommendation on where to locate the collider. No matter which region is ultimately chosen, particle physics will undoubtedly be the winner.

Having trouble viewing the videos embedded above? The Tohoku and Sefuri videos are also available on YouTube. Don't forget to turn on the English captions!
Follow
Use your browser’s print dialog box to create a pdf.
Popular on symmetry