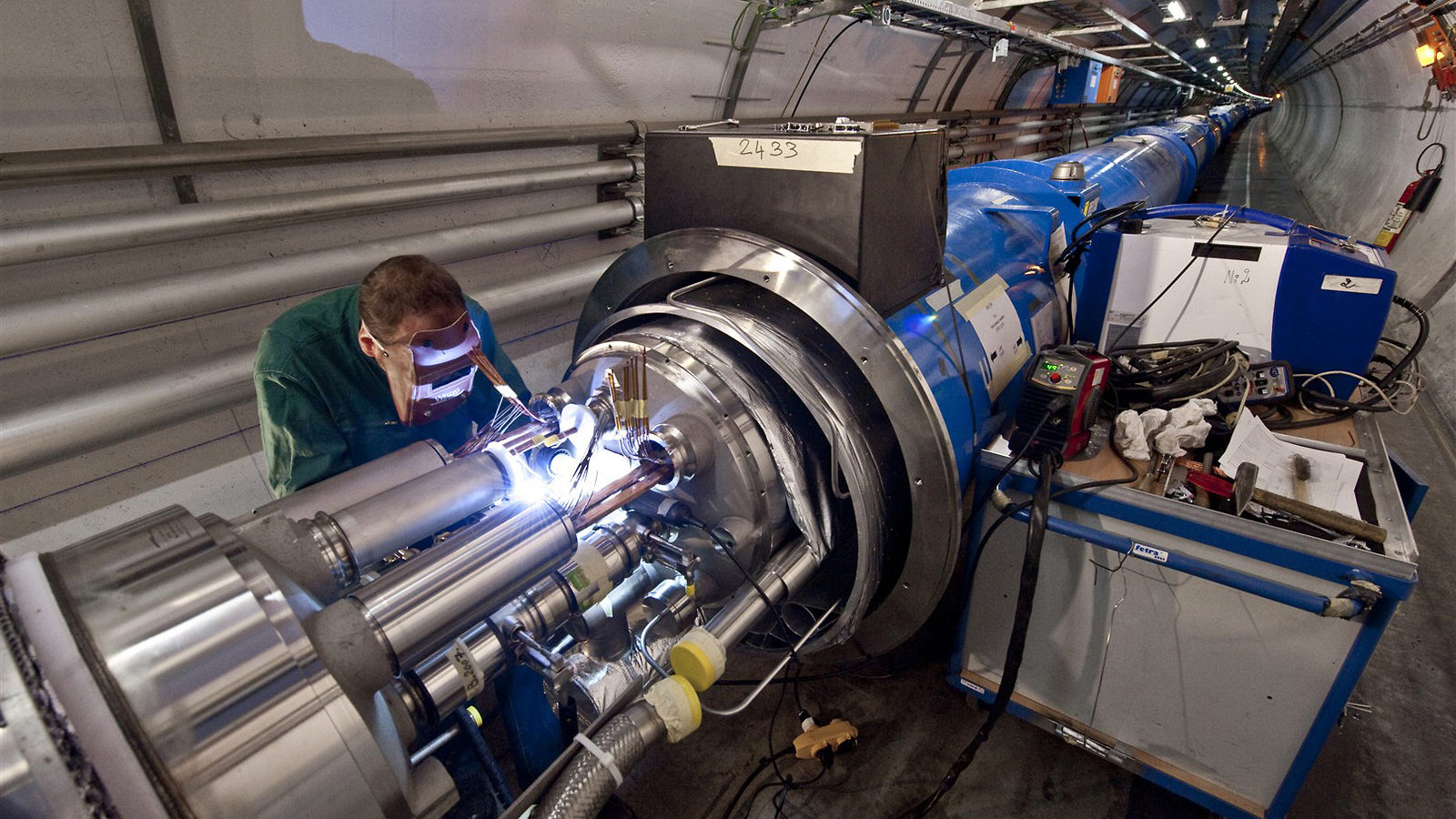 Superconducting electromagnets of the LHC

You won't find these magnets in your kitchen.

Magnets are something most of us are familiar with, but you may not know that magnets are an integral part of almost all modern particle accelerators. These magnets aren’t the same as the one that held your art to your parent’s refrigerator when you were a kid. Although they have a north and south pole just as your fridge magnets do, accelerator magnets require quite a bit of engineering.

The Large Hadron Collider is an accelerator, a crucial word that reminds us that we use it to increase the energy of the beam particles. If the strength of the magnets remained the same, then as we increased the beam energy, the size of the ring would similarly have to increase. Since the size of the ring necessarily remains the same, we must increase the strength of the magnets as the beam energy is increased. For that reason, particle accelerators employ a special kind of magnet.

When you run an electric current through a wire, it creates a magnetic field; the strength of the magnetic field is proportional to the amount of electric current. Magnets created this way are called electromagnets. By controlling the amount of current, we can make electromagnets of any strength we want. We can even reverse the magnet’s polarity by reversing the direction of the current.

Given the connection between electrical current and magnetic field strength, it is clear that we need huge currents in our accelerator magnets. To accomplish this, we use superconductors, materials that lose their resistance to electric current when they are cooled enough. And “cooled” is an understatement. At 1.9 Kelvin (about 450 degrees Fahrenheit below zero), the centers of the magnets at the LHC are one of the coldest places in the universe—colder than the temperature of space between galaxies.

Given the central role of magnets in modern accelerators, scientists and engineers at Fermilab and CERN are constantly working to make even stronger ones. Although the main LHC magnets can generate a magnetic field about 800,000 times that generated by the Earth, future accelerators will require even more. The technology of electromagnets, first observed in the early 1800s, is a vibrant and crucial part of the laboratories’ futures.

A first set of superconducting magnets has passed the test and is ready for the Large Hadron Collider to restart in spring.