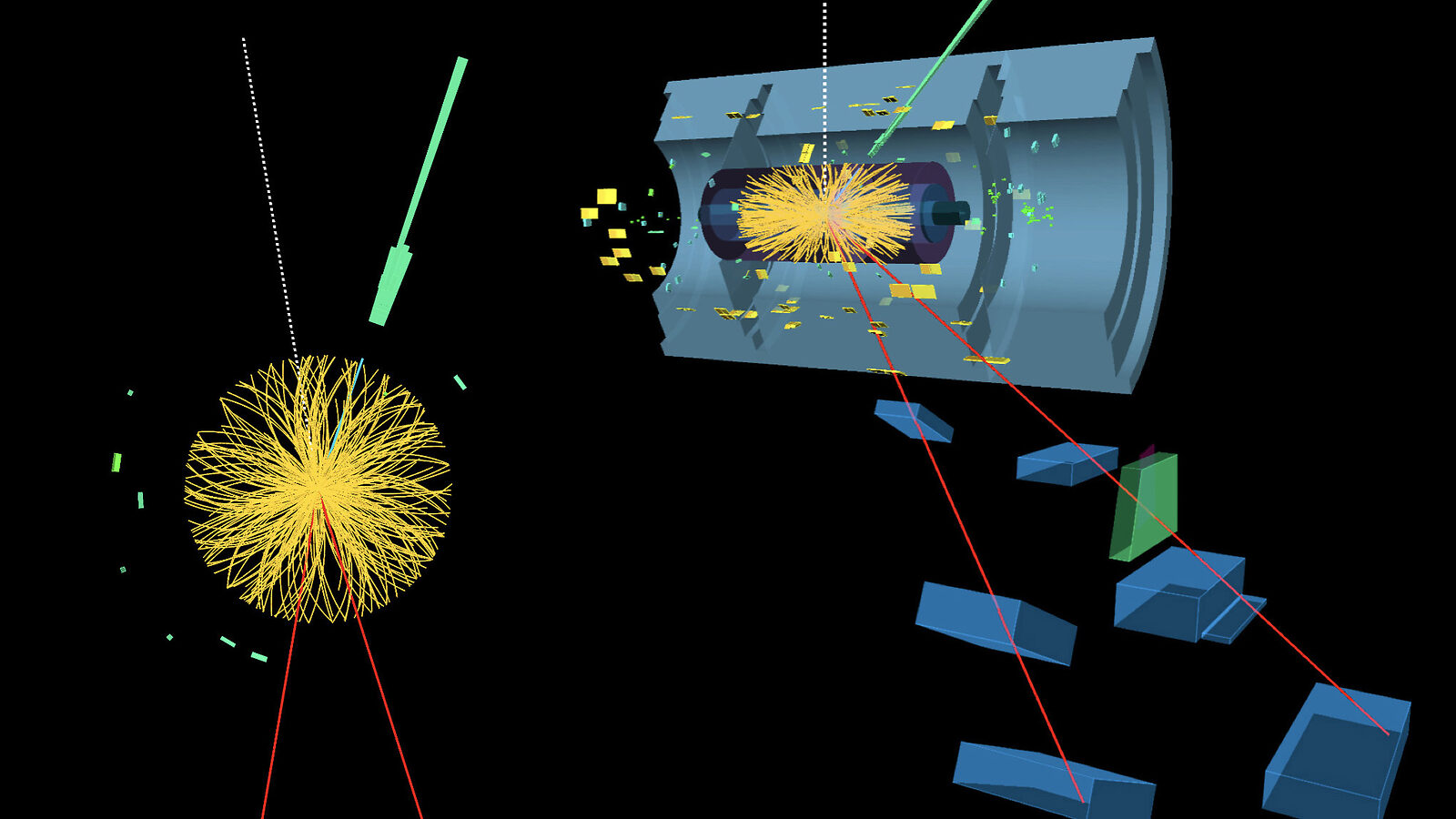 Luka Selem says he was always a curious kid. Growing up in France, he was given copies of Science et vie junior, a science magazine for young people, by his parents.

“Since I was very young, I was always interested in quite a lot of things,” he says. “I was always asking, ‘Why? But why that? Why that, and then why that?’ I wanted to go all the way to the end. I was never satisfied by the answer.”

Particle physics, the study of the fundamental particles and forces that make up everything around us, turned out to be a good way for Selem to search for answers. “In particle physics, there is no other ‘why,’” he says. “No one can tell me the rest of the story. I have to find it myself with my colleagues.”

Selem recently found a new way to search for the rest of the story while doing research for his doctoral thesis. With other physicists on the ATLAS experiment at Europe’s CERN laboratory, Selem successfully made a measurement of particles called W and Z bosons that will allow physicists to further probe the mechanism that grants particles mass. 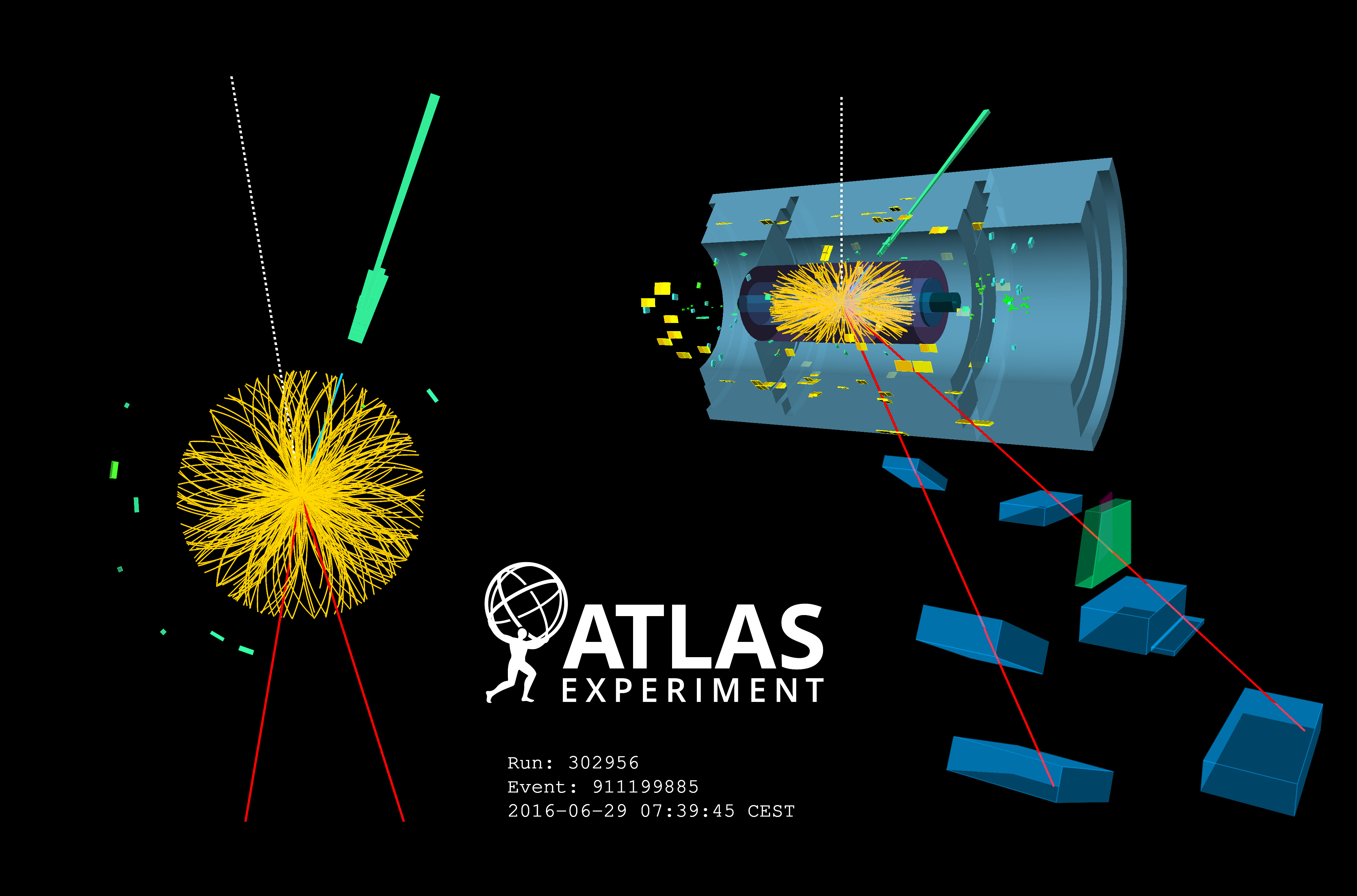 How the boson got its polarization

Bosons are a category of subatomic particles that are associated with the four fundamental forces in the universe: gravity, electromagnetism, the strong nuclear force and the weak nuclear force. The most familiar boson is the photon, the force carrier of light, that is responsible for electromagnetism.

While photons are massless, massive bosons, such as the W and Z bosons, have properties that set them apart from other particles. One concerns their polarization, the degree by which the quantum spin of the boson is aligned in a given direction. A boson can be transversely or longitudinally polarized. (There are technically two types of transverse polarization—left and right—but they are not yet differentiable in the data for joint polarizations of two bosons.) Massive bosons can be longitudinally polarized, meaning that their spin can be oriented perpendicular to their direction of motion.

“Among physicists, polarization is something … you’re not sure you understand exactly what it is,” says Selem, who admits he was not very familiar with polarization himself when he chose his PhD project at Laboratoire d’Annecy de Physique des Particules, or LAPP.

The W and Z bosons enable the weak force, the force responsible for radioactive decay, the same way that photons enable the electromagnetic force. But, unlike photons, W and Z bosons have mass, thanks to their interactions with a field generated by yet another boson, the Higgs. Fundamental particles’ interactions with the Higgs field are what physicists believe generate mass.

This is what makes polarization so interesting. “It’s a very indirect way of probing the Higgs mechanism,” says Selem.

W and Z bosons gain mass in a process called electroweak symmetry breaking. When symmetry “breaks,” four particles are created, including the Higgs boson, says Junjie Zhu, a professor at the University of Michigan and an ATLAS physicist.

This provides a unique window through which to search for new physics—things that can’t be explained by the current Standard Model of particle physics. Physicists want to measure longitudinal joint polarization more accurately because new physics is “often sensitive to longitudinal components,” says Zhu.

Since the 1990s era of the Large Electron-Positron Collider—the predecessor to the Large Hadron Collider at CERN—polarizations of W and Z bosons have been studied individually. But studies of single boson polarization measurements have not revealed any hints of new physics.

To keep probing the Standard Model, then, physicists next sought to measure joint polarization: two bosons polarized simultaneously. If the value they measured deviated from the Standard Model prediction, it would be an indicator of new physics, like an unknown aspect of the Higgs mechanism.

Selem and his colleagues used ATLAS data taken between 2015 and 2018 during Run 2 of the Large Hadron Collider. The researchers aligned these data with templates based on theoretical predictions for the four different combinations of polarizations.

The physicists scaled their four templates to match the histogram of data. The proportion of each template in the end revealed the fraction of W and Z bosons with the respective joint polarizations. In the analysis, they found that the longitudinal-longitudinal fraction was statistically significant.

The results support the model of the universe as we know it. “With the present sensitivity, no sign of new physics was observed, pushing even further the domain of validity of the Standard Model,” says Emmanuel Sauvan, an ATLAS physicist at LAPP and Selem’s PhD advisor. “This is per se an interesting result, even if I would have preferred myself to see new physics effects.

“One next step is to refine this measurement, in view of reducing its uncertainties, with more data that we are recording right now [during LHC Run 3].”

An important step further in the future will be to measure the scattering of two longitudinally polarized bosons. This interaction is even more sensitive to new physics, but researchers need 10–20 times more data than they have now to hope to detect this event.

“Such polarization measurements in vector boson scattering will require much more luminosity, and we will have to wait for the High-Luminosity LHC,” says Sauvan, referring to the proposed upgrade of the Large Hadron Collider scheduled for the late 2020s. “It will allow us to fully validate the Higgs mechanism of the Standard Model.”

For now, the joint polarization result is a significant development. The researchers overcame challenges that had limited previous experiments’ attempts at the measurement, and they developed new analysis techniques, including machine learning algorithms.

Prachi Atmasiddha, a graduate student at the University of Michigan working with Zhu, performed event generation for the joint polarization result. “Once we had those events, that was one of the very important [reasons] why this analysis was motivated,” she says. “We [determined that we] can produce these separately polarized events, so we can build models on that, and we can do fitting with these templates of different polarization states.”

Selem says he looks forward to finding out what physicists are able to do next. “I would say the most important part of this measurement is the roadmap it provides to do further measurements, because we did meet a lot of challenges that will happen in other similar measurements, and we gave ideas on how to solve them.”

Selem recently accepted a postdoctoral research position in Grenoble, France, where he will work on detector development and exotic searches. There, he and his fellow physicists will continue to seek their own answers to the question, “Why?”