At SLAC National Accelerator Laboratory, researchers are using a particle accelerator to help them search for the source of ultra-high-energy cosmic rays. 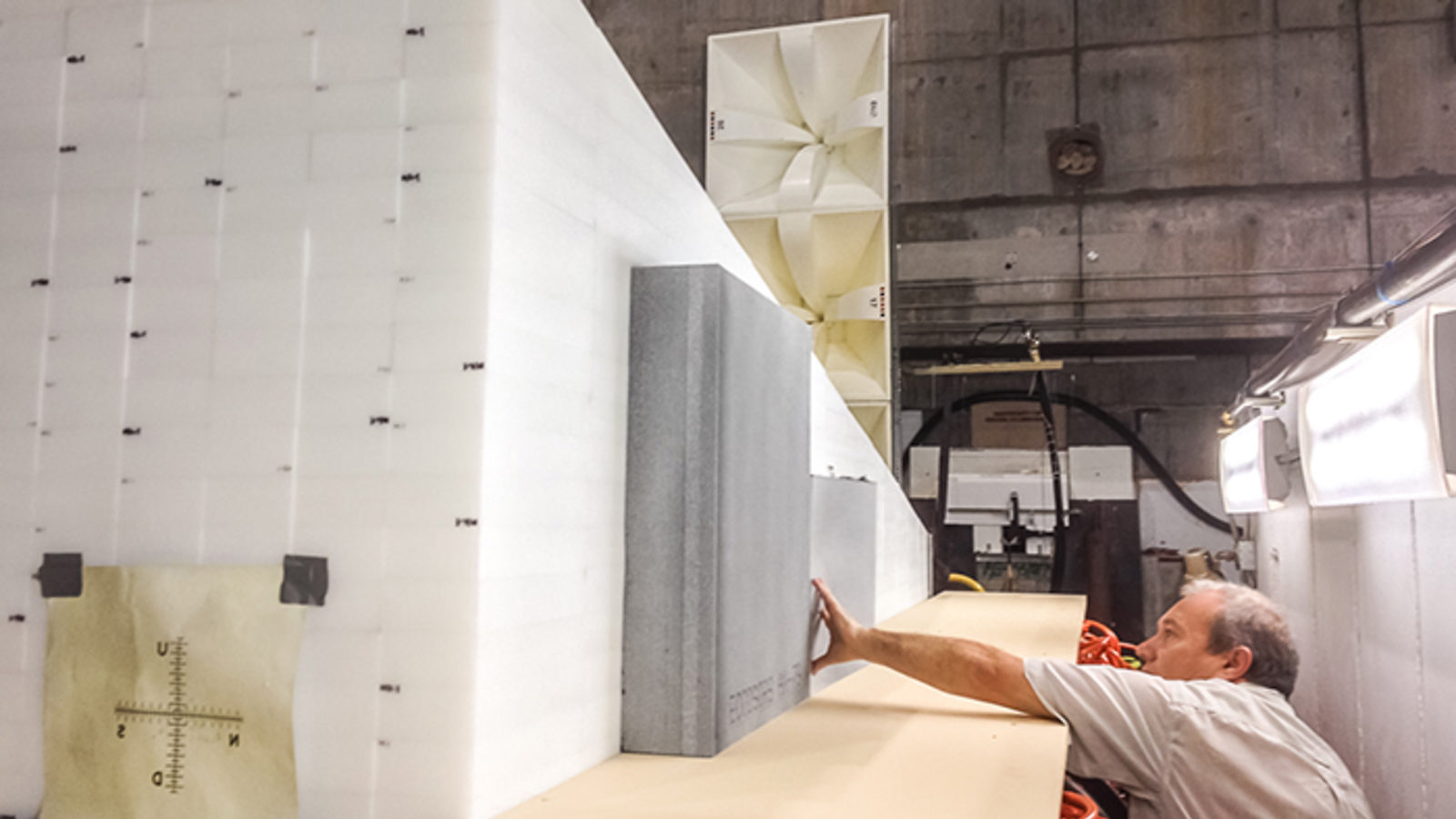 In a test facility at SLAC National Accelerator Laboratory, scientists have set the stage for an experiment that mimics what happens when incredibly energetic particles hit our atmosphere. The experiment should help them learn to use a new method of detecting these particles—with radio waves.

The experiment is part of ANITA, the Antarctic Impulse Transient Antenna project, which has been sending balloon-borne instruments into the upper atmosphere since 2006. But the results could benefit a broad range of other experiments.

“We’re looking for the cosmic particle accelerators responsible for the most energetic particles ever detected,” says Konstantin Belov, a research physicist from the University of California, Los Angeles, and principal investigator of the experiment at SLAC.

Ultra-high-energy cosmic rays originate far beyond the borders of our galaxy, but can—and have—hit Earth’s atmosphere with as much energy as a baseball traveling at 60 mph.

“These particles are far more powerful than anything created in an accelerator built by humans,” Belov says. “And since they’re too powerful to be deflected by the magnetic fields of any galaxies or even galaxy clusters they pass, they should point directly back to their origin.”

That could be a giant black hole at the heart of a primordial galaxy or an even more exotic phenomenon such as a magnetic monopole or cosmic string, he says. Using radio waves to detect the cosmic rays could help solve this mystery. 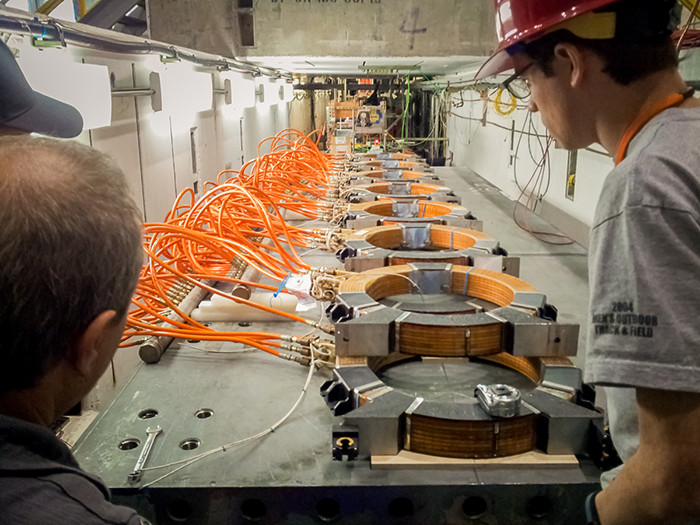 Researchers Konstantin Belov (left) and Keith Bechtol look over the magnetic coils that will impersonate the Earth's magnetic field.

To help them with their search for the origin of ultra-high-energy cosmic rays, the researchers are simulating what happens when such a particle slams into the upper atmosphere, collides with a random air molecule and produces an “air shower”—a cascade of secondary particles and different types of radiation that shower down toward the ground. They want to check their theoretical models of how this happens.

That’s where the magnets, plastic blocks, radio antennas and accelerated electrons in SLAC’s End Station Test Beam Facility come in. The researchers are using them to create artificial air showers that can be compared to computer simulations built from models.

Electrons accelerated to high speeds in the linac play the role of secondary particles in an air shower. The plastic blocks are stand-ins for the Earth’s atmosphere, and a series of magnetic coils simulates the Earth’s magnetic field. As the electrons hit the plastic in this magnetic field, they give off radio waves, which are measured by antennas located several feet away on the far wall.

“When we turned on the magnets we saw a beautiful signal in perfect agreement with what we predicted,” he says.

Belov cautions that there’s still some work to do before researchers will be able to use radio waves to completely map air showers, but they’ve made a very good start, and he hopes the ANITA flight scheduled for the next Antarctic summer can take advantage of the method.

In fact, he says, the team at SLAC has yet to hit the most difficult part of their experiment.

“We’ll need to find enough people to take it all apart,” he says. Belov knows a performance isn’t really over until you strike the stage.

A version of this article was originally published by SLAC.

When researchers at Stanford Linear Accelerator Center realized their distance from Antarctica was a scientific inconvenience, they set about crafting an icy world of their own in Menlo Park, Calif

A one-time visitor to SLAC, the Antarctic Impulsive Transient Antenna (ANITA), recently took to the frigid skies over Antarctica on a mission looking for evidence of cosmic-ray neutrinos.