The Italian government has withdrawn funding for a high-profile proposed experiment. Scientists are now brainstorming other ways to advance particle physics. 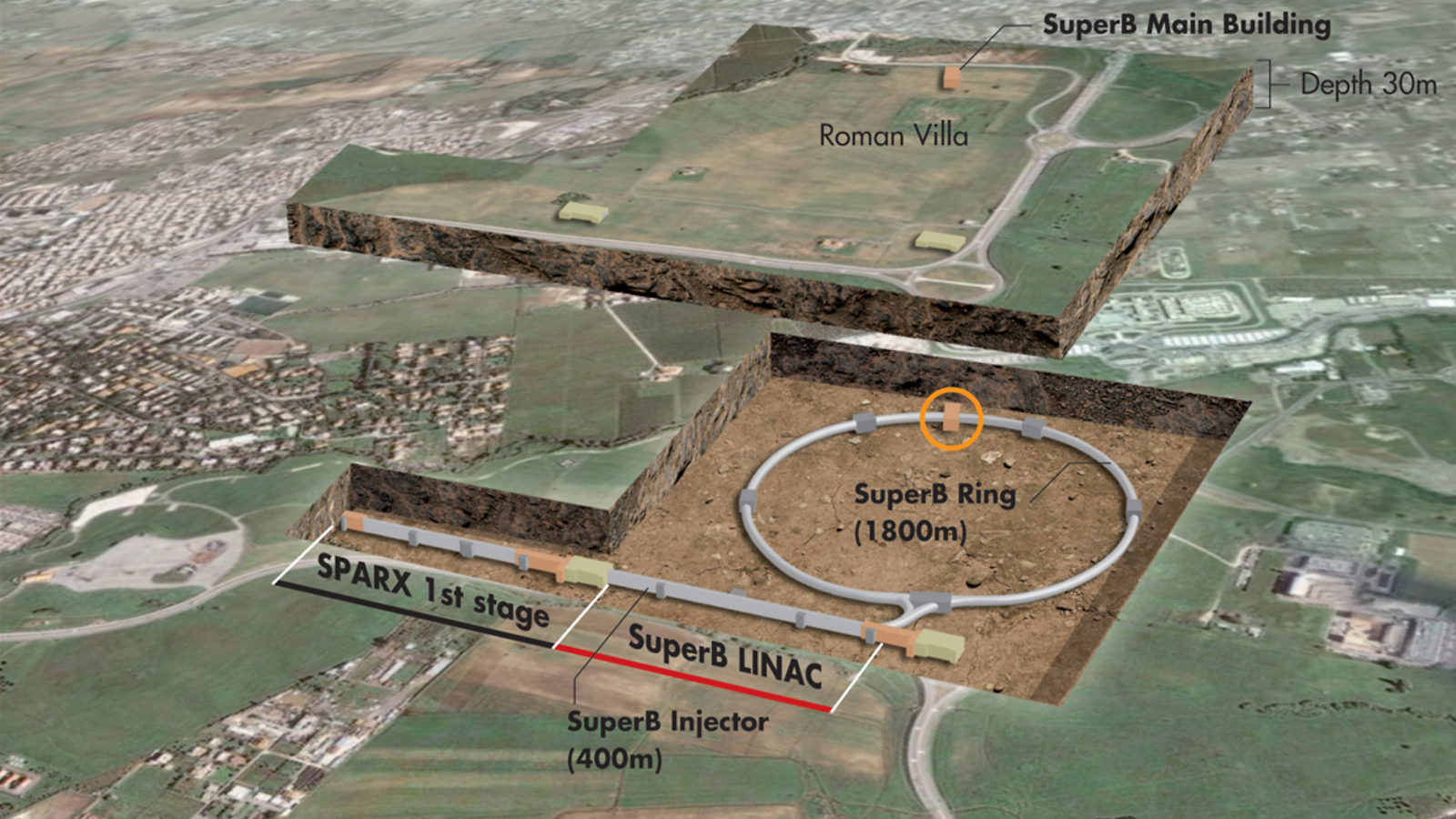 In its infancy, the universe was made of nearly equal parts matter and antimatter. Yet matter overwhelmingly dominates today. Scientists design experiments that examine the conditions of the early universe to investigate why.

An international collaboration of scientists proposed to build one such project, a particle collider that would specialize in creating B mesons, in Italy over the next several years. However, last week the Italian government withdrew funding for the project, citing the country's weakened economic state.

SuperB, which would have cost €1 billion (about $1.3 billion US dollars) to build, was the flagship project for the National Institute for Nuclear Physics, Italy's center for particle physics. This blow to the country's particle physics program may have dampened spirits, but the Italian government is still ready to contribute €250 million (about $326 million) toward a different, smaller but also important project or set of projects that INFN proposes.

INFN scientists are now designing alternative projects that would cost between €250 and €300 million to complete. International collaborators would need to supply any additional funding required beyond the government's €250 million contribution, says Fernando Ferroni, president of INFN.

"The board of directors will pick the winners in one or two months," he says.

One possible replacement project is a tau-charm factory. Like B factories, tau-charm factories use particle accelerators to create head-on collisions between beams of electrons and beams of positrons to produce taus, charm quarks and their antiparticles. Finding subtle differences between how these particles decay could give scientists a better grasp on matter-antimatter interactions in the early universe.

Tau-charm factories operate at lower energies and cost less than B factories, though they do not generate as many collisions and therefore produce results with lower levels of statistical certainty.

"There is a lot of stuff that can be done [with tau-charm factories]," says William Wisniewski who is in charge of decommissioning and disassembly for BaBar, a retired B factory detector at SLAC.

Many scientists who worked on the B factory experiment in California have been involved with designs for SuperB. It's too soon to tell whether scientists on the SuperB collaboration will continue their work with a proposed new flagship project or if they will turn their interests elsewhere, Ferroni says.

Scientists still plan to construct another powerful B factory called SuperKEKB in Japan by 2015. Scientists had hoped SuperB would collaborate and compete with this project.

Both would have collided beams of electrons and positrons 100 times more intense than those in previous B factories to produce large numbers of B mesons and their antiparticle counterparts for scientific research.

Wisnewski says it's unfortunate that SuperB and SuperKEKB will not be able to work in collegial competition. However, he remains optimistic about Italy's push for further physics research.

"Italy has a history of supporting physics well," he says.