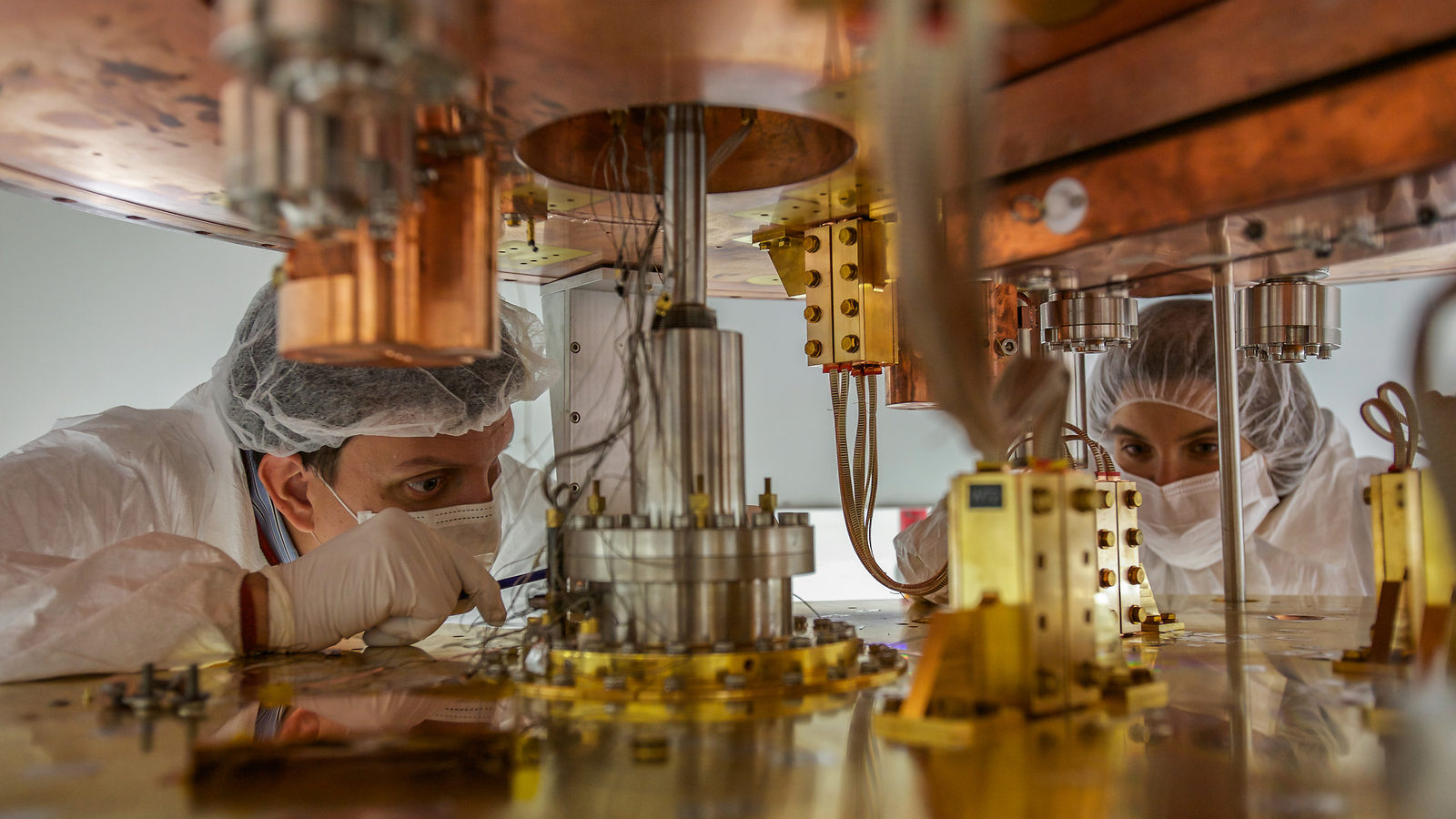 Deep within a mountain in Italy, scientists have finished the assembly of an experiment more than one decade in the making. The detector of CUORE, short for Cryogenic Underground Observatory for Rare Events, is ready to be cooled down to its operating temperature for the first time.

Ettore Fiorini, the founder of the collaboration, proposed the use of low temperature detectors to search for rare events in 1984 and started creating the first prototypes with his group in Milano. What began as a personal project involving a tiny crystal and a small commercial cooler has grown to a collaboration of 165 scientists loading almost one ton of crystals and several tons of refrigerator and shields.

The CUORE experiment is looking for a rare process that would be evidence that almost massless particles called neutrinos are their own antiparticles, something that would give scientists a clue as to how our universe came to be.

Oliviero Cremonesi, current spokesperson of the CUORE collaboration, joined the quest in 1988 and helped write the first proposal for the experiment. At first, funding agencies in Italy and the United States approved a smaller version: Cuoricino.

“We had five exciting years of measurements from 2003 to 2008 on this machine, but we knew that we wanted to go bigger. So we kept working on CUORE,” Cremonesi says.

In 2005 the collaboration got approval for the big detector, which they called CUORE. That started them on a whole new journey involving growing crystals in China, bringing them to Italy by boat, and negotiating with archeologists for the right to use 2000-year-old Roman lead as shielding material.

“I imagine climbing Mount Everest is a little bit like this,” says Lindley Winslow, a professor at the Massachusetts Institute of Technology and group leader of the MIT activities on CUORE. “We can already see the top, but this last part is the hardest. The excitement is high, but also the fear that something goes wrong.”

The CUORE detector, assembled between 2012 and 2014, consists of 19 fragile copper towers that each host 52 tellurium oxide crystals connected by wires and sensors to measure their temperature.

For this final stage, scientists built a custom refrigerator from extremely pure materials. They shielded and housed it inside of a mountain at Gran Sasso, Italy. At the end of July, scientists began moving the detector to its new home. After a brief pause to ensure the site had not been affected by the 6.2-magnitude earthquake that hit central Italy on August 24, they finished the job on August 26.

The towers now reside in the largest refrigerator used for a scientific purpose. By the end of October, they will be cooled below 10 millikelvin (negative 460 Fahrenheit), colder than outer space.

Everything has to be this cold because the scientists are searching for minuscule temperature changes caused by an ultra-rare process called neutrinoless double beta decay.

During a normal beta decay, one atom changes from one chemical element into its daughter element and sends out one electron and one antineutrino. For the neutrinoless double beta decay, this would be different: The element would change into its granddaughter. Instead of one electron and one neutrino sharing the energy of the decay, only two electrons would leave, and an observer would see no neutrinos at all.

This would only happen if neutrinos were their own antiparticles. In that case, the two neutrinos would cancel each other out, and it would seem like they never existed in the first place.

If scientists measure this decay, it would change the current scientific thinking about the neutrino and give scientists clues about why there is so much more matter than anti-matter in the universe.

“We are excited to start the cool-down, and if everything works according to plan, we can start measuring at the beginning of next year,” Winslow says.