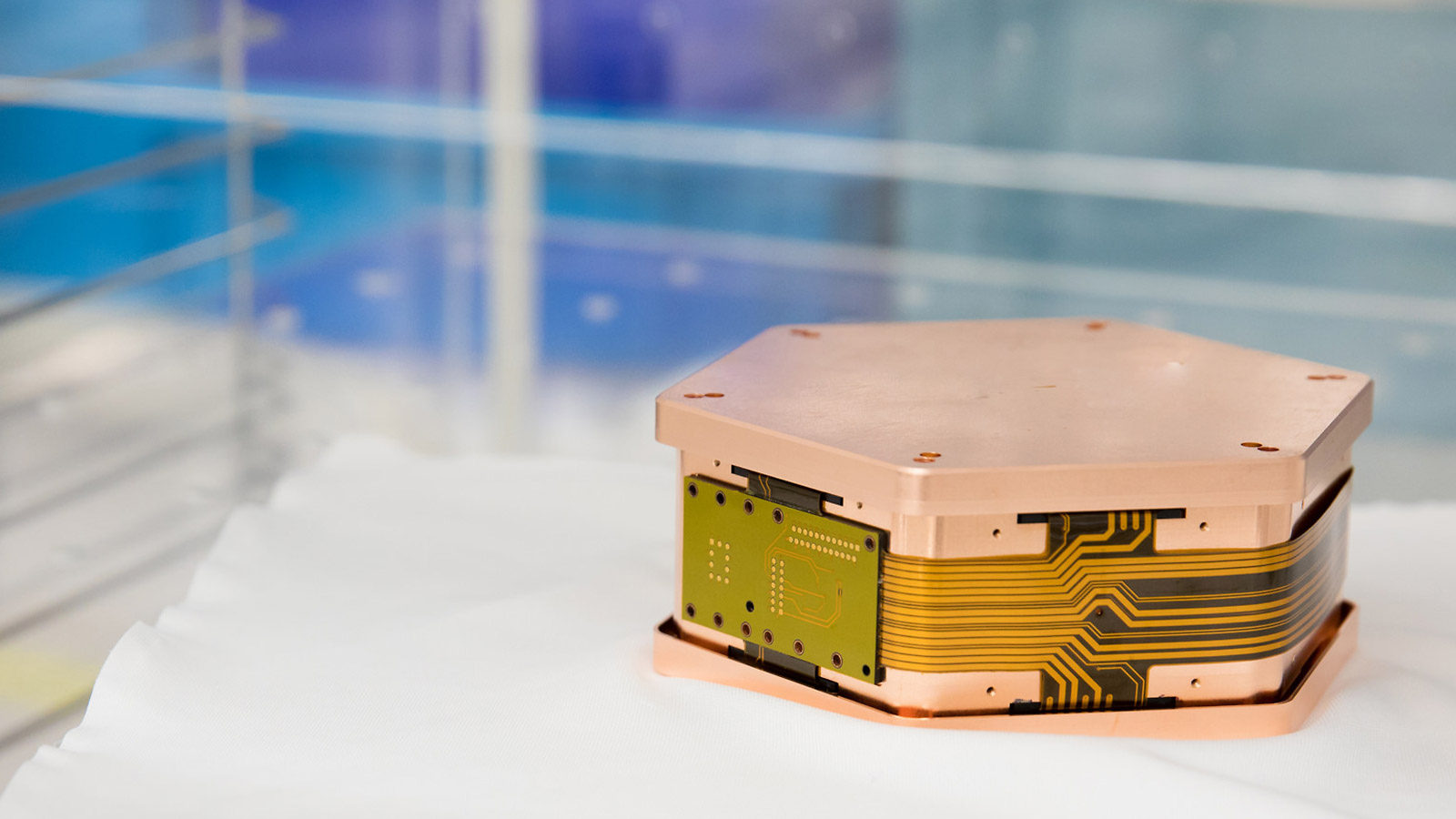 The US Department of Energy has approved funding and start of construction for the SuperCDMS SNOLAB experiment, which will begin operations in the early 2020s to hunt for hypothetical dark matter particles called weakly interacting massive particles, or WIMPs. The experiment will be at least 50 times more sensitive than its predecessor, exploring WIMP properties that can’t be probed by other experiments and giving researchers a powerful new tool to understand one of the biggest mysteries of modern physics.

SLAC National Accelerator Laboratory is managing the construction project for the international SuperCDMS collaboration of 111 members from 26 institutions, which is preparing to do research with the experiment.

"Understanding dark matter is one of the hottest research topics—at SLAC and around the world," says JoAnne Hewett, head of SLAC’s Fundamental Physics Directorate and the lab’s chief research officer. "We're excited to lead the project and work with our partners to build this next-generation dark matter experiment."

“Our experiment will be the world’s most sensitive for relatively light WIMPs—in a mass range from a fraction of the proton mass to about 10 proton masses,” says Richard Partridge, head of the SuperCDMS group at the Kavli Institute for Particle Astrophysics and Cosmology, a joint institute of SLAC and Stanford University. “This unparalleled sensitivity will create exciting opportunities to explore new territory in dark matter research.”

Scientists know that visible matter in the universe accounts for only 15 percent of all matter. The rest is a mysterious substance called dark matter. Due to its gravitational pull on regular matter, dark matter is a key driver for the evolution of the universe, affecting the formation of galaxies like our Milky Way. It therefore is fundamental to our very own existence.

But scientists have yet to find out what dark matter is made of. They believe it could be composed of dark matter particles, and WIMPs are top contenders. If these particles exist, they would barely interact with their environment and fly right through regular matter untouched. However, every so often, they could collide with an atom of our visible world, and dark matter researchers are looking for these rare interactions.

In the SuperCDMS SNOLAB experiment, the search will be done using silicon and germanium crystals, in which the collisions would trigger tiny vibrations. However, to measure the atomic jiggles, the crystals need to be cooled to less than minus 459.6 degrees Fahrenheit—a fraction of a degree above absolute zero temperature. These ultracold conditions give the experiment its name: Cryogenic Dark Matter Search, or CDMS. The prefix “Super” indicates an increased sensitivity compared to previous versions of the experiment.

The collisions would also produce pairs of electrons and electron deficiencies that move through the crystals, triggering additional atomic vibrations that amplify the signal from the dark matter collision. The experiment will be able to measure these “fingerprints” left by dark matter with sophisticated superconducting electronics.

The experiment will be assembled and operated at the Canadian laboratory SNOLAB—6,800 feet underground inside a nickel mine near the city of Sudbury. It’s the deepest underground laboratory in North America. There it will be protected from high-energy particles called cosmic radiation, which can create unwanted background signals.

“SNOLAB is excited to welcome the SuperCDMS SNOLAB collaboration to the underground lab,” says Kerry Loken, SNOLAB project manager. “We look forward to a great partnership and to supporting this world-leading science.”

Over the past months, a detector prototype has been successfully tested at SLAC.

“These tests were an important demonstration that we’re able to build the actual detector with high enough energy resolution, as well as detector electronics with low enough noise to accomplish our research goals,” says KIPAC’s Paul Brink, who oversees the detector fabrication at Stanford.

Together with seven other collaborating institutions, SLAC will provide the experiment’s centerpiece of four detector towers, each containing six crystals in the shape of oversized hockey pucks. The first tower could be sent to SNOLAB by the end of 2018.

“The detector towers are the most technologically challenging part of the experiment, pushing the frontiers of our understanding of low-temperature devices and superconducting readout,” says Bernard Sadoulet, a collaborator from the University of California, Berkeley.

A strong collaboration for extraordinary science

In addition to SLAC, two other national labs are involved in the project. Fermi National Accelerator Laboratory is working on the experiment’s intricate shielding and cryogenics infrastructure, and Pacific Northwest National Laboratory is helping understand background signals in the experiment, a major challenge for the detection of faint WIMP signals.

A number of US and Canadian universities also play key roles in the experiment, working on tasks ranging from detector fabrication and testing to data analysis and simulation. The largest international contribution comes from Canada and includes the research infrastructure at SNOLAB.

“We’re fortunate to have a close-knit network of strong collaboration partners, which is crucial for our success,” says KIPAC’s Blas Cabrera, who directed the project through the CD-2/3 approval milestone. “The same is true for the outstanding support we’re receiving from the funding agencies in the US and Canada.”

Fermilab’s Dan Bauer, spokesperson of the SuperCDMS collaboration says, “Together we’re now ready to build an experiment that will search for dark matter particles that interact with normal matter in an entirely new region.”

SuperCDMS SNOLAB will be the latest in a series of increasingly sensitive dark matter experiments. The most recent version, located at the Soudan Mine in Minnesota, completed operations in 2015.

”The project has incorporated lessons learned from previous CDMS experiments to significantly improve the experimental infrastructure and detector designs for the experiment,” says SLAC’s Ken Fouts, project manager for SuperCDMS SNOLAB. “The combination of design improvements, the deep location and the infrastructure support provided by SNOLAB will allow the experiment to reach its full potential in the search for low-mass dark matter.”

Editor's note: A version of this article was originally published as a SLAC press release.