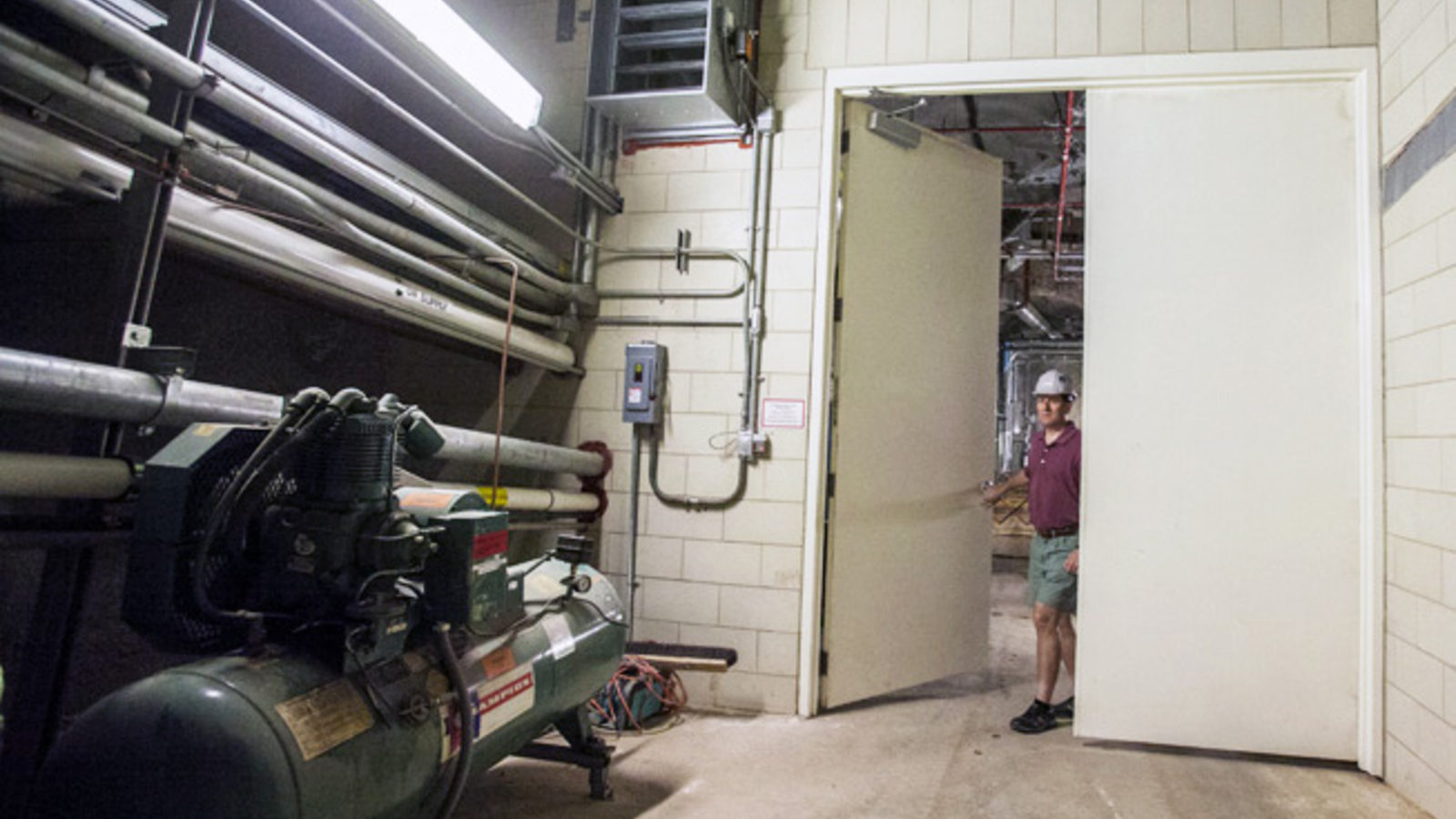 The tale of Fermilab’s ‘elephant doors’

One of the paradoxes of particle physics research is that, in order to study the tiniest bits of matter, scientists must use some of the world’s largest scientific instruments. That is how an area housing experiments dedicated to the study of neutrinos, particles so small they have almost no mass, came to be guarded by a set of doors fit for an elephant exhibit.

Mysterious neutrinos very rarely interact with other matter, so the way to study them is to send intense beams of them into very large detectors. These detectors live underground, shielded from the meddlesome particles constantly showering the Earth as a consequence of cosmic rays interacting with the planet’s atmosphere. To protect large detectors for the MINOS, MINERvA and NOvA neutrino experiments, Fermilab keeps them in a cavernous underground area on site.

Approximately 10 years ago, Fermilab engineers needed to add to an access tunnel in this area a set of doors that could let through carts carrying several-thousand-pound shielding blocks 8 feet long and 4 feet wide.

“You have to be able to account, width- and height-wise, for all the shielding material, rigging equipment, personnel and other types of equipment that needed to be moved through the access tunnel,” says Mike Andrews, who manages the facility. “Everything wouldn’t just fit through a regular personnel-type door after the facility was built.”

Fortunately, Ragnor Benson, the construction company Fermilab used for the project, had some surprisingly relevant previous experience: They had just built the Lincoln Park Zoo’s Regenstein African Journey exhibit, which included habitats for elephants and rhinoceroses.

Ragnor Benson had found for the entrances to these giant animal spaces a supplier selling doors around 10 feet tall and 8 feet wide, the very size Fermilab needed. They installed an identical set in the neutrino area. They still go by the nickname “the elephant doors” today.

At Lincoln Park, the doors were used for people, not elephants, though they did open up into an exhibit that housed three African elephants from 2003 to 2005, according to Lincoln Park Zoo spokeswoman Sharon Dewar. Later, the elephants were replaced by camels, and, mostly recently, black rhinos.

Anyone who has ever tried to move a big piece of furniture through a small door knows a few centimeters can mean the difference between success and failure.