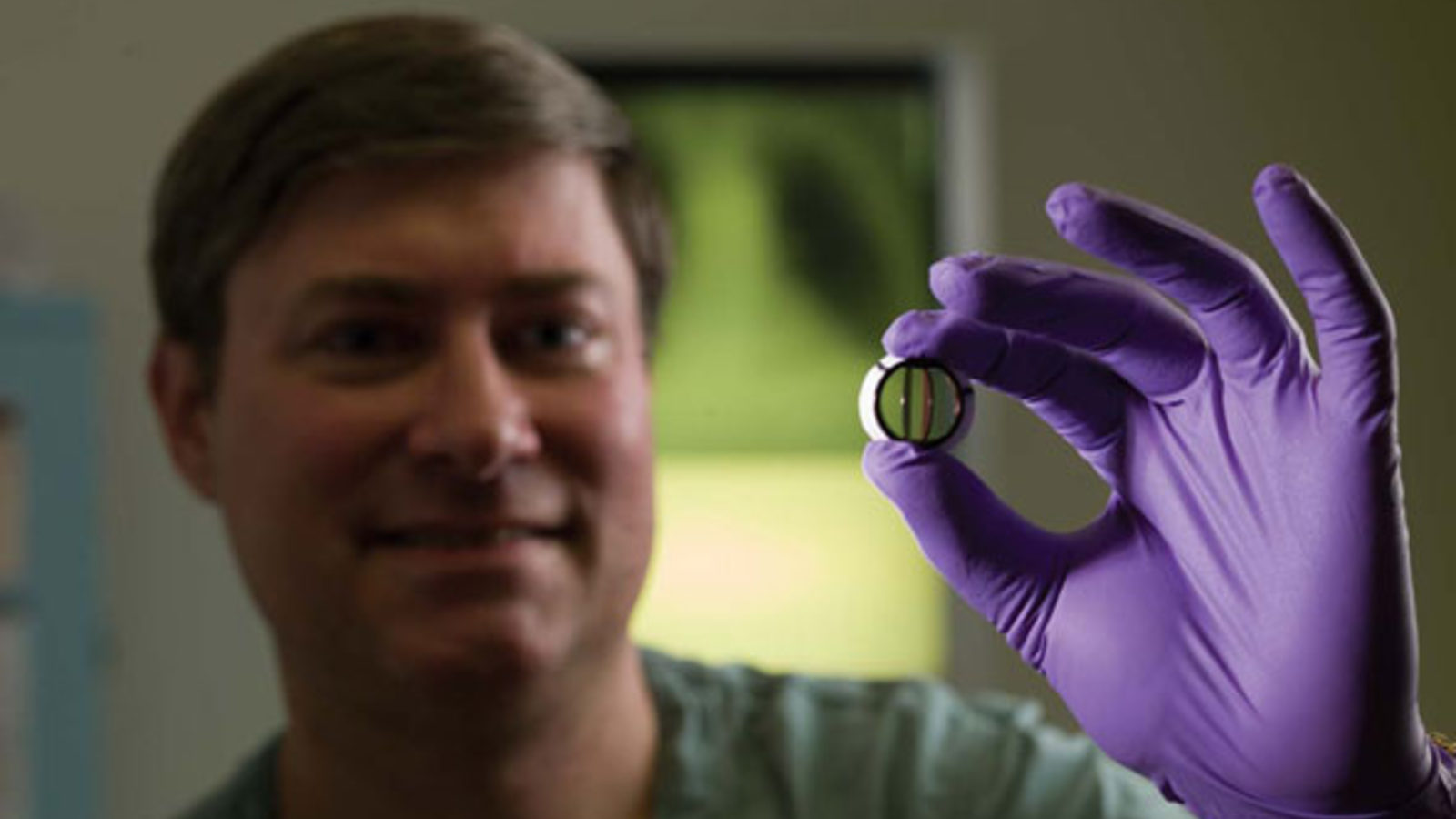 Artificial valves should last a lifetime, so they have to be made from durable material. In the 1970s, physicist Gwyn Jenkins at Alabama A&M developed a robust material similar to the one NASA uses to protect space shuttles during reentry. Called glassy polymeric carbon, it is light, withstands high temperatures, and is well-tolerated by the human body.

Jenkins started a company to make artificial heart valves from GPC, and was soon joined by physicists Daryush Ila and Robert Zimmerman.

Even though GPC is body-friendly, it faces the same problem as other implant materials: The body treats them as invaders and surrounds them with tissue to seal them off.

"Say a rose thorn gets under your skin," Zimmerman says. "If you don't pull it out, it will be encapsulated and come out later. There are even cases of soldiers who have been shot having the bullet encapsulated enough that the person isn't exposed to toxic lead."

This tissue build-up is dangerous only if pieces of tissue come loose; some cardiologists worry that they might block an artery, causing a distressing or fatal problem. So Ila, Jenkins, and Zimmerman set out to modify GPC so it would hold tight to the tissue around it.

First they bombarded it with gold particles from an accelerator to make it rougher and easier for cells to grip. Doctors use this sort of rough material for dental implants and artificial hips, to help new bone attach. But the gold ions just made the carbon smoother.

"That was about a year of frustration," Zimmerman says.

Then, in 2000, the physicists met Ismet Gurhan, a young biologist from Turkey. She suggested that they try firing silver nuclei into the material instead. Silver has a reputation for being antimicrobial and might repel the cells, she told them.

The ion accelerator at Alabama A&M can boost silver ions to an energy of 5 million volts. That's 50,000 times as high as the voltage running through a household iron. When fired through a vacuum into the glassy polymeric carbon, the silver ions penetrate a distance 100 times smaller than the diameter of a human hair.

"For materials that's a long distance," Zimmerman says. "That can't be done with chemistry."

They sent the treated carbon samples to Turkey, where Gurhan verified that cells would not touch them. "The cells were adamant," Zimmerman says . "They didn't like the implanted silver."

Yet the small amount of sequestered silver should have no effect on the body's acceptance of the heart valve, the researchers say.

The physicists are still investigating why the silver stops cell growth. The next step belongs to the biologists, who will determine if the silver-implanted valves are safe enough to heal a human heart.
Kathryn Grim