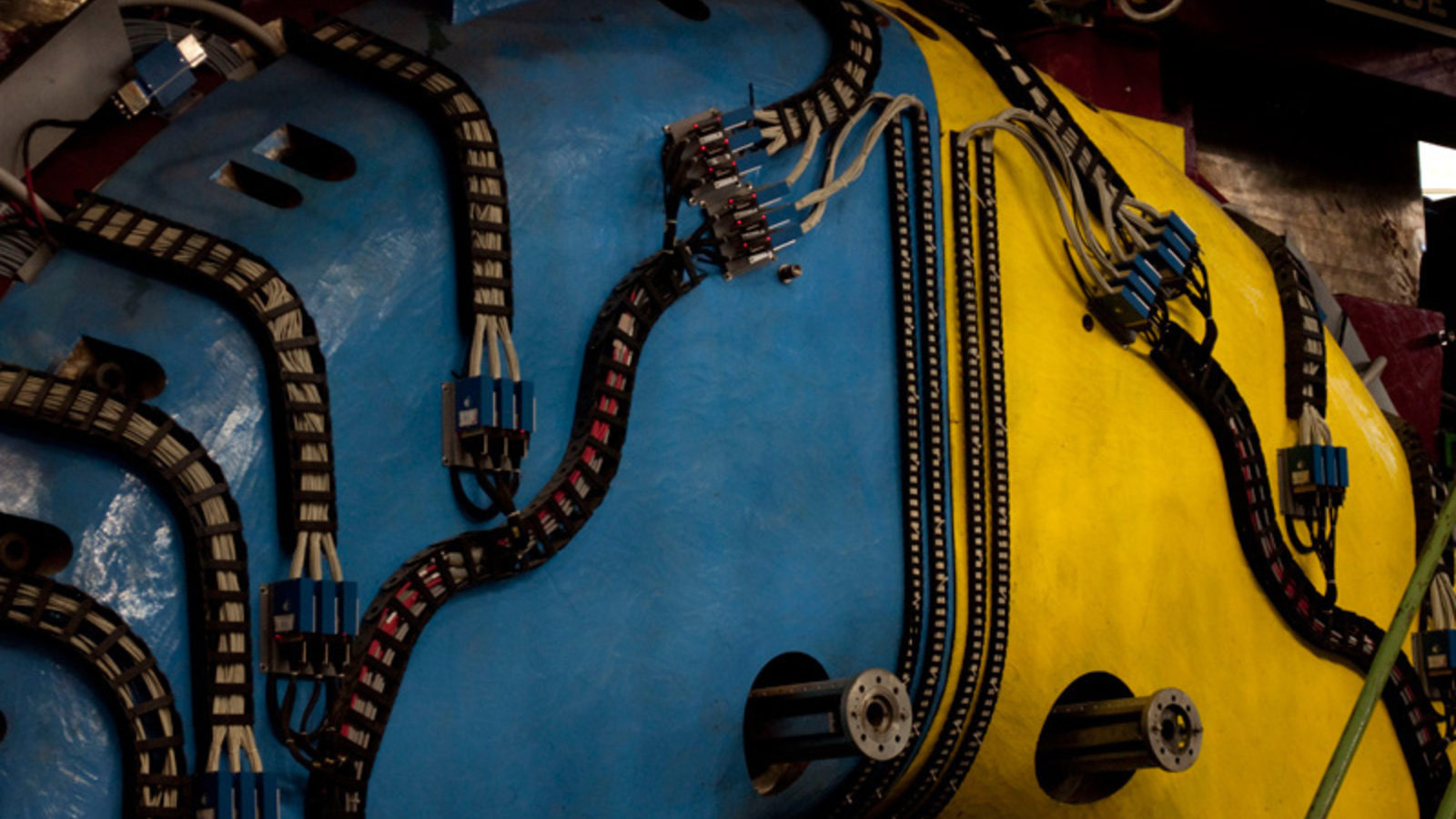 A stark black-and-white photo of an access tunnel 1500 meters underground and a colorful close-up of a detector that wouldn’t be out of place in a building by Catalan architect Antoni Gaudi have won the top prizes in the second Global Particle Physics Photowalk.

In September 2012, hundreds of amateur and professional photographers had the rare opportunity to explore and photograph accelerators and detectors at particle physics laboratories around the world.

The top 39 photographs from the Photowalk, including the six winners of the jury and "people's choice" competitions, are now viewable online.

“The worldwide opening of the physics laboratories for the Photowalk has been an excellent opportunity for showing the real places of physics research,” says Antonio Zoccoli, a member of the executive board at the Italian Institute for Nuclear Physics. “The Photowalk tells us that scientific research is a global enterprise, which brings together intelligence, resources and technologies from different countries toward a common goal.”

More than 1250 photography enthusiasts voted online to name the global people's choice winners. Nino Bruno’s photograph of a tunnel connecting the underground halls of INFN’s Gran Sasso National Laboratory garnered the most votes, followed closely by Enrique Diaz’s side view of the STAR detector at Brookhaven National Laboratory and Steve Zimic‘s photograph of the tunnel that houses Brookhaven’s RHIC accelerator.

Bruno, a building contractor in L’Aquila, Italy, says that he is just starting out in the world of photography and participating in the Photowalk was “an extremely exciting and stimulating experience.”

A panel of international judges also selected three winners. They awarded the top prize to Joseph Paul Boccio’s detailed photograph of the KLOE detector at INFN’s Frascati National Laboratory; second prize to Andy White’s photo capturing the color and symmetry of the TIGRESS detector at the Canadian laboratory TRIUMF; and third prize to Helen Trist’s photograph of data storage at the UK’s Rutherford Appleton Laboratory.

Trist, the third-place winner, says “taking part in the Photowalk at Rutherford Appleton Laboratory was a great opportunity to see behind the scenes at a cutting-edge science laboratory. From a photographer’s perspective I found so many inspiring shapes, colors, textures and lead-in lines to photograph and I enjoyed the challenge of trying to think on the spot how to capture the photograph in different ways so as to ‘make it mine.’” 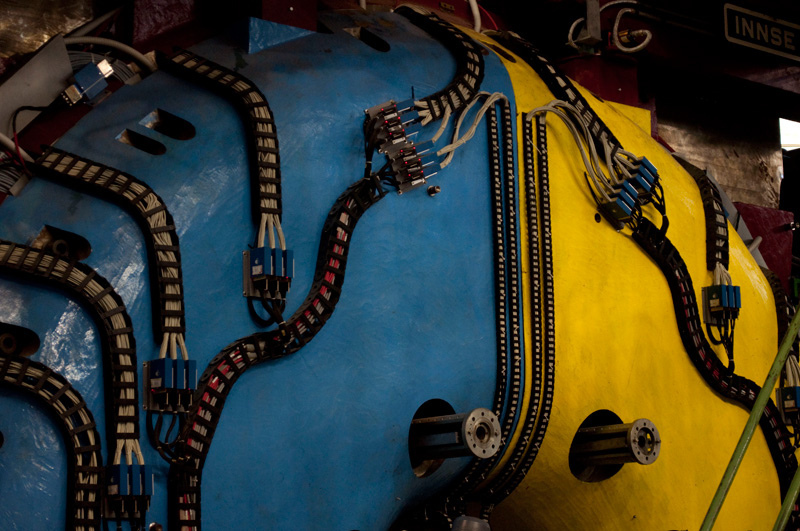 Detail of the KLOE detector at INFN’s Frascati National Laboratory 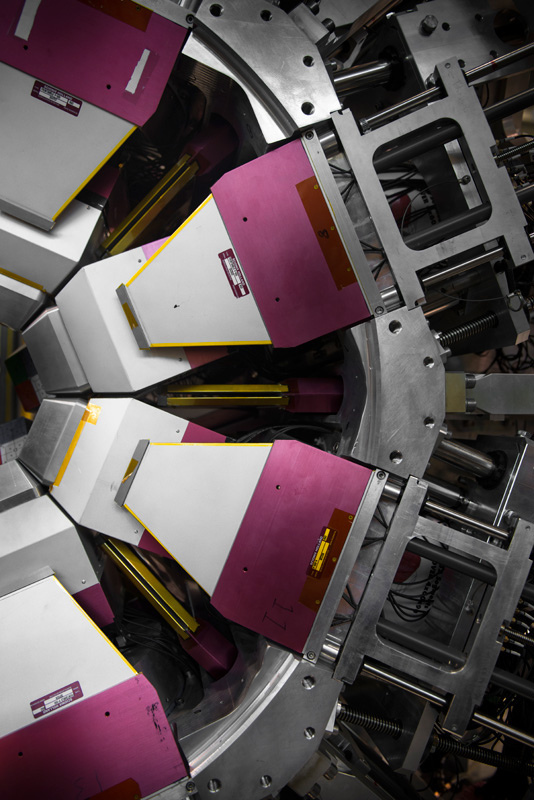 TRIUMF’s TIGRESS detector, an experiment that images the gamma rays emitted by exotic isotopes as they interact and decay 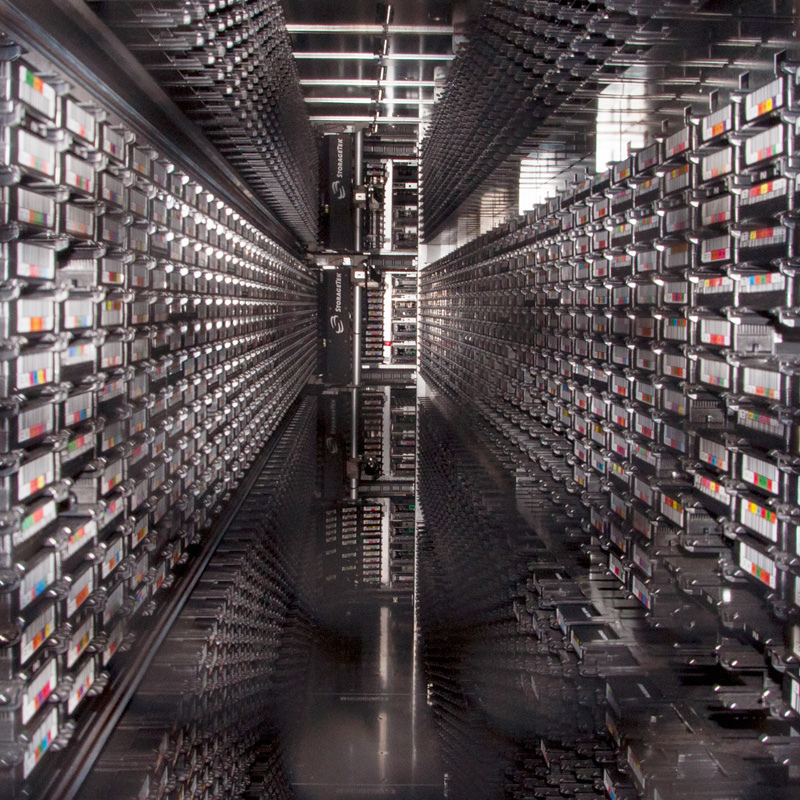 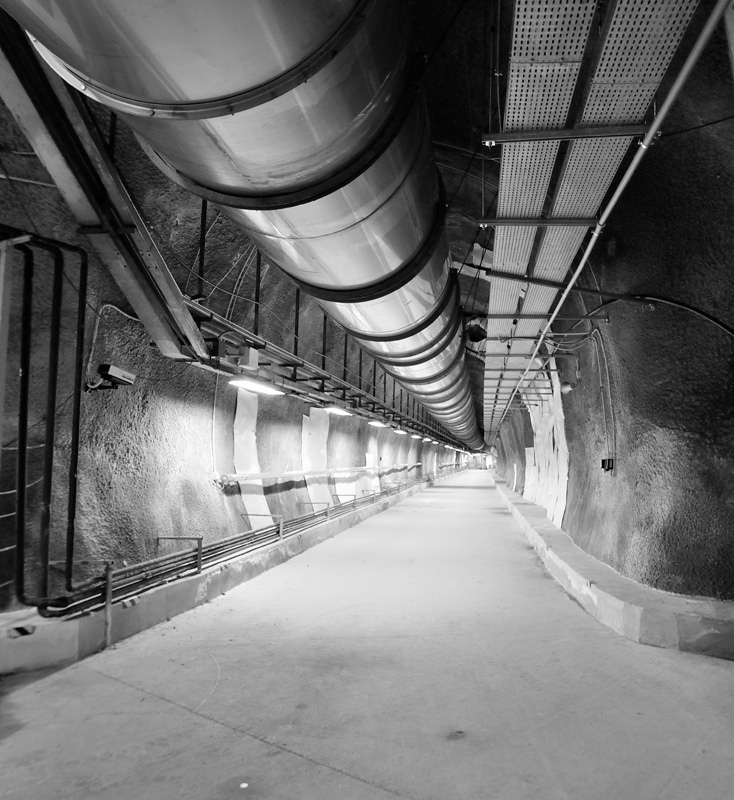 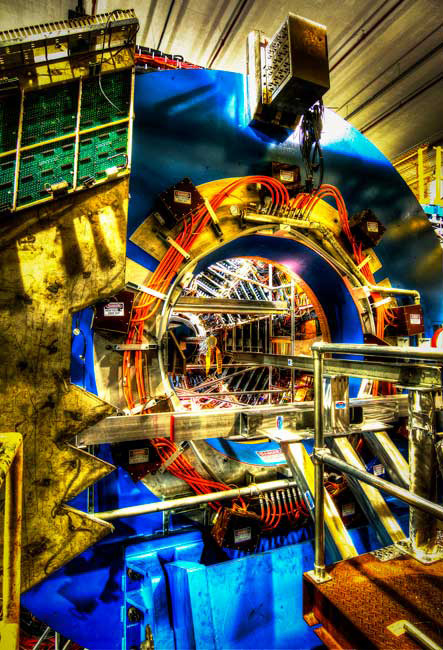 A side view of the STAR detector at Brookhaven National Laboratory 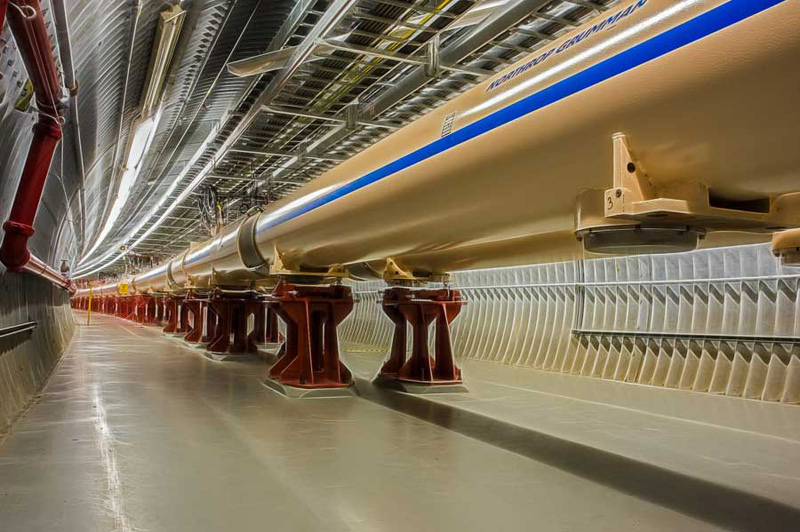 Inside the RHIC tunnel, a 2.4-mile high-tech particle racetrack

InterActions released a version of this text as a press release.