Physicists from the LHCb collaboration observe CP violation in the decay of a particle made of beauty and strange quarks. 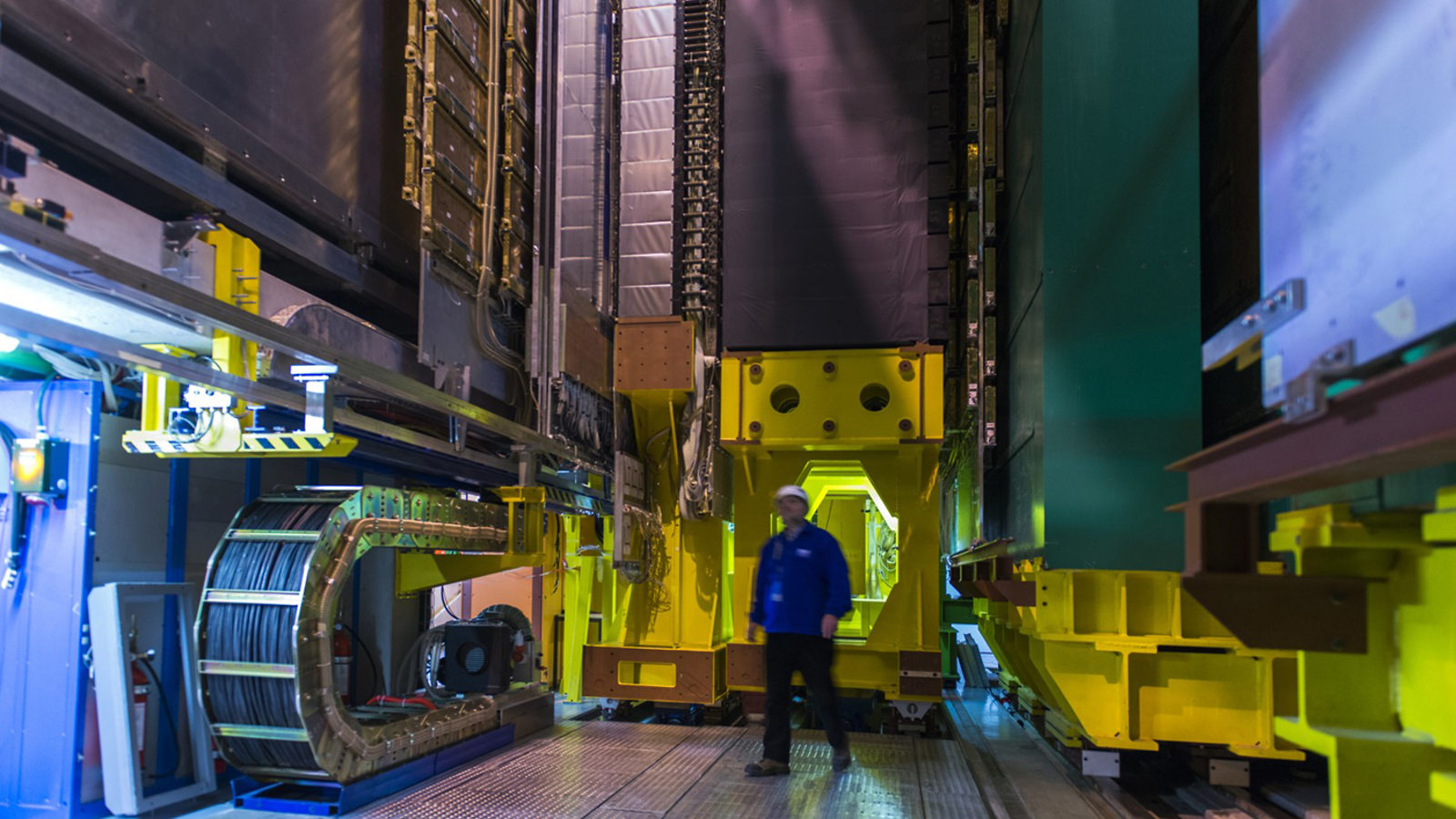 When the universe was less than a minute old, a tiny difference in the behavior of matter and antimatter led to the matter-dominated existence we experience today.

Today, particle physicists on CERN’s LHCb collaboration announced that, for the first time, they have observed particles called strange beauty mesons, or B0s, contributing to this imbalance.

When B0s mesons decay to kaons and pions, physicists can determine if the new particles are matter or antimatter by looking at their relative charges. After comparing the number of matter particles with antimatter particles, they were able to confirm the findings.

“It’s a simple idea, although getting there is quite complicated,” says Tara Shears, a physicist on LHCb. “We’re looking at a very small discrepancy that reflects the nature of the universe.”

“We had about one thousand B0s candidates to measure,” says Shears. “The results unambiguously support predictions that these particles violate CP.”

In the 1960s, James Cronin and Val Fitch observed CP violation in neutral kaons. About 40 years later, another particle, the B0 meson, showed similar behavior in the BaBar and Belle detectors in the United States and Japan. Recently, these experiments and LHCb also observed CP violation effects in B+ meson decays.

However, the Standard Model predicts only a tiny portion of the amount of CP violation needed to explain the huge deficit of antimatter in the universe. While these results help scientists understand the mechanics of CP violation, the case of the missing antimatter remains unsolved.

“We expected a certain amount of CP violation to be found in the strange beauty system,” says Pierluigi Campana, the LHCb spokesperson. “But finding the missing fraction of CP violation in the early universe will be new physics, which the Standard Model can’t predict.”