Thin layers of diamonds have become useful tools inside the detectors at the Large Hadron Collider. They're robust enough to monitor the harsh conditions, and they can even provide incredibly precise measurements of the timing of passing particles.

Thin layers of diamonds have become useful tools inside the detectors at the Large Hadron Collider. They're robust enough to monitor the harsh conditions, and they can even provide incredibly precise measurements of the timing of passing particles. 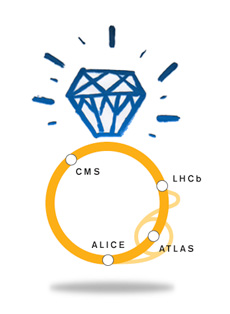 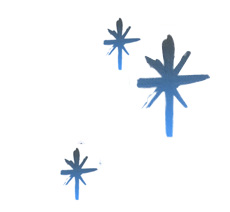 Fans of both Paul Simon and the Large Hadron Collider may appropriately sing, "We've got diamonds in the soles of our detectors." All four of the largest LHC experiments use synthetic diamonds in systems that detect stray particles to prevent them from damaging sensitive electronics. As it turns out, the detectors' bling is good for more than just that.

You won't find these synthetic diamonds at Cartier. Industrial labs make them in near-pure polycrystalline sheets 200 to 500 microns wide composed of two layers—one of diamond and another of metal, added to carry electrical signals.

The final products used in the detectors measure about one square centimeter and resemble glass microscope slides. In operation, a small current runs between the sensors. When a particle passes through them, the current spikes. The system monitors these spikes. The CMS experiment also uses single diamonds as sensors.

Initially, the rocks' purpose was protection. The monitoring systems in each experiment look out for rogue particles or unexpected tsunamis of protons. If conditions get ugly, the system aborts the beam.

CMS physicist Anne Dabrowski compares ideal beam conditions to looking at stars in a dark, clear sky. A bright moon or city lights—or extra beam background in the accelerator—can hinder the stargazer's view. "But when the LHC is performing at its best, it's like a new moon," she said.

Physicists discovered the detectors had another, hidden talent: In addition to being robust in harsh conditions, the diamond sensors offered incredibly precise measurements of the timing of passing particles. These features will be important as the LHC's collision rates increase in the coming years and more collisions happen at approximately the same time.

The diamond detectors have so impressed the accelerator team that its members, in collaboration with CMS, are now developing their own single-diamond sensors to use in the LHC itself.